European Commission president Jean-Claude Juncker said the UK would be responsible for the consequences of Brexit. 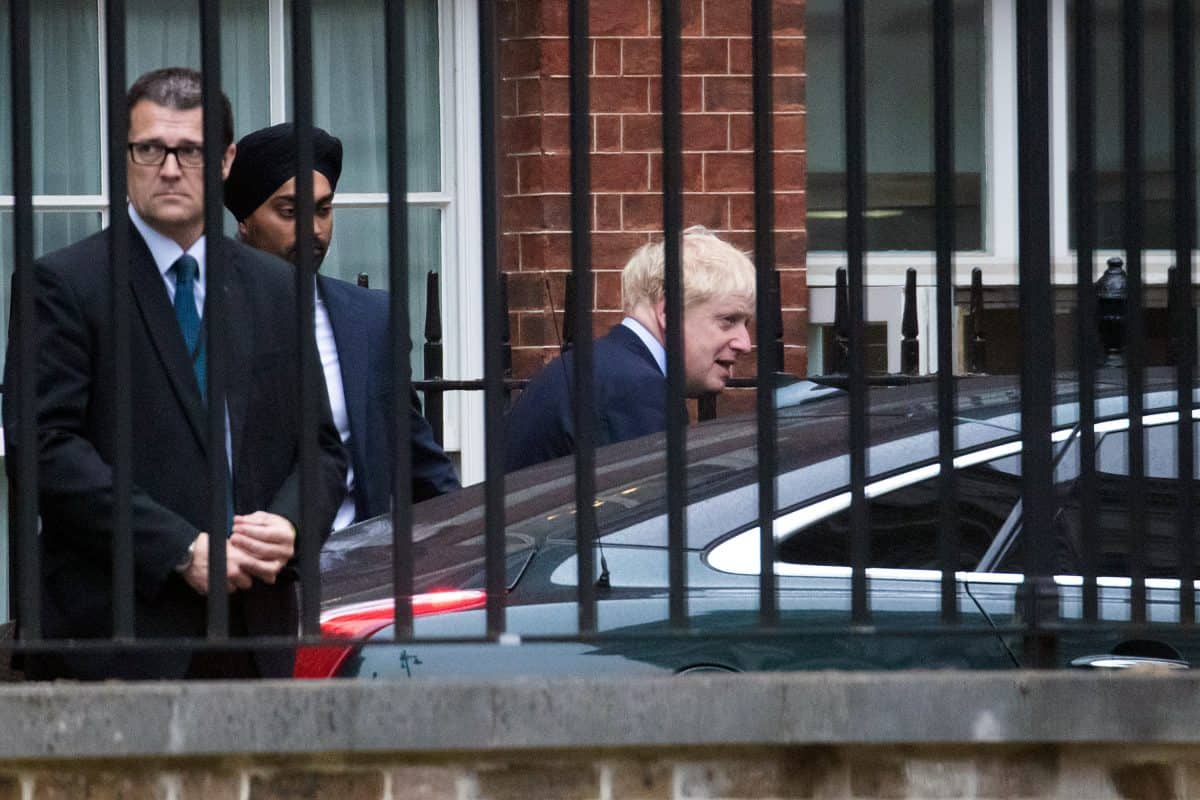 Brussels will insist on border checks if there is a no-deal Brexit in order to preserve the interests of the European Union, Jean-Claude Juncker said.

The European Commission president insisted that Brussels was “in no way responsible” for the consequences of a no-deal Brexit, saying the blame would lay squarely with the UK.

But he said “we can have a deal”, and Boris Johnson’s proposals for dealing with the problems Brexit will create at the border with Ireland were the basis for progress.

The Prime Minister has demanded that the backstop – a contingency plan to prevent a hard border by keeping the UK aligned with many of Brussels’ rules – should be scrapped.

Mr Juncker told Sky News’ Sophy Ridge on Sunday: “We have to make sure that there will be no hard and physical border between the two parts of the Irish island and things have to be done on a level playing field.

“If these three objectives are met by the alternative arrangements, then we don’t need the backstop.

“The backstop was never an instrument having been put in place for whatever will happen. No, it was put in place in order to preserve the rights of the internal market and of the island of Ireland.”

But in the event of a no-deal Brexit, Mr Juncker said there would have to be checks.

He added: “I’m not an architect of new border stations. The British have to tell us exactly the architectural nature of this border.

He said: “We have to make sure that the interests of the European Union and of the internal market will be preserved.

“An animal entering Northern Ireland without border control can enter without any kind of control the European Union via the southern part of the Irish island. This will not happen. We have to preserve the health and the safety of our citizens.”

He said the EU “is in no way responsible for any kind of consequences entailed by the Brexit” as “that’s a British decision”.

He suggested that some MPs are “forgetting about the history” of Northern Ireland and Ireland.

Mr Juncker’s meeting with Mr Johnson in Luxembourg on September 16 came just hours before the country’s prime minister Xavier Bettel criticised the Tory leader and left an empty podium for him at a press conference.

The European Commission president said: “I don’t know if this is helpful. I rather consider that this was not very helpful but it’s his decision.”

“We agreed the deal back in 2016, I think, between David and ourselves but this deal was never explained to the British public. Never.”

Former prime minister David Cameron has warned Boris Johnson that “breaking the law is not a good idea”.

With the Supreme Court hoping to announce its decision this week on the legality of the Prime Minister’s prorogation of Parliament, Mr Cameron told Sky News’ Sophy Ridge on Sunday: “No deal is not a good idea. Breaking the law is not a good idea. Focus everything you’ve got on getting that deal, and that’s what he’s doing, to be fair to him.”

Foreign Secretary Dominic Raab said the Government will respect the Supreme Court’s ruling on the Prime Minister’s move to suspend Parliament in the run-up to Brexit.

Mr Raab told BBC One’s The Andrew Marr Show: “Of course we will respect whatever the legal ruling is from the Supreme Court.

“But I think we are getting a little bit ahead of ourselves.”

Mr Raab said: “We will see what the Supreme Court will decide.

“We are confident, we wouldn’t have appealed the case if we weren’t confident in the position that the Government had taken.

“I can reassure you, of course we are going to abide by the Supreme Court judgment.”

Asked if the Government would prorogue Parliament again if it wins the case, Mr Raab said: “I think, let’s wait and see what the first judgment decides and then we’ll understand the lie of the land.”

Pressed on whether Northern Ireland could have different EU customs arrangements to the rest of the UK, Mr Raab said: “No, of course, that would be wrong.”