Fifty nine per cent say the Lib Dem's policy on Brexit is clear, compared to 69 per cent who say Labour's Brexit position is unclear. 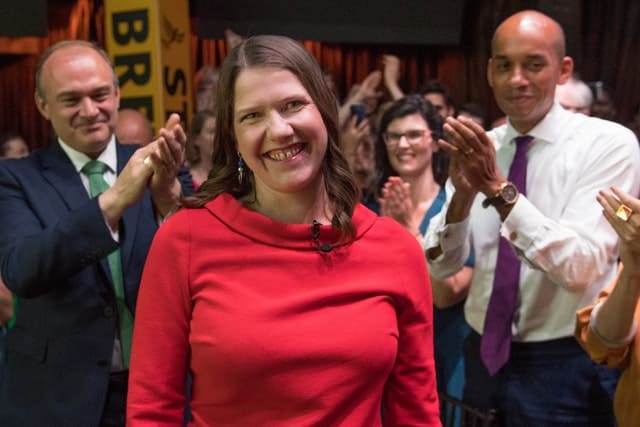 The Remain vote in the next General Election would be evenly split between Labour and the Lib Dems, new polling data has revealed.

For the first time, the same number of Remainers are intending to vote Lib Dem as Labour (both on 33 per cent).

Overall, 63 per cent now disapprove of Jeremey Corbyn’s handling of Brexit, as do 43 per cent when it comes to Jo Swinson.

Swinson’s especially striking number, up 15 per cent in the past two weeks, are due to Leavers’ raised awareness of her role who strongly disapprove of her Brexit approach.

“At least, voters see the Liberal Democrats’ view of Brexit as clear rather than confusing.

“Fifty nine per cent say it’s clear, similar to the 58 per cent who say the same thing about the Tories’ policy.

“In contrast, 69 per cent say that Labour’s Brexit position is unclear.

“As well as splitting the Remain vote evenly with Labour, the Liberal Democrat leader is now ahead of Jeremy Corbyn when the “best prime minister” question is expanded to include herself and Nigel Farage.”