The top three places in this year’s guide, filled by Cambridge, Oxford and St Andrews, are also three out of the four worst performers when it comes to accepting students from non-selective schools. 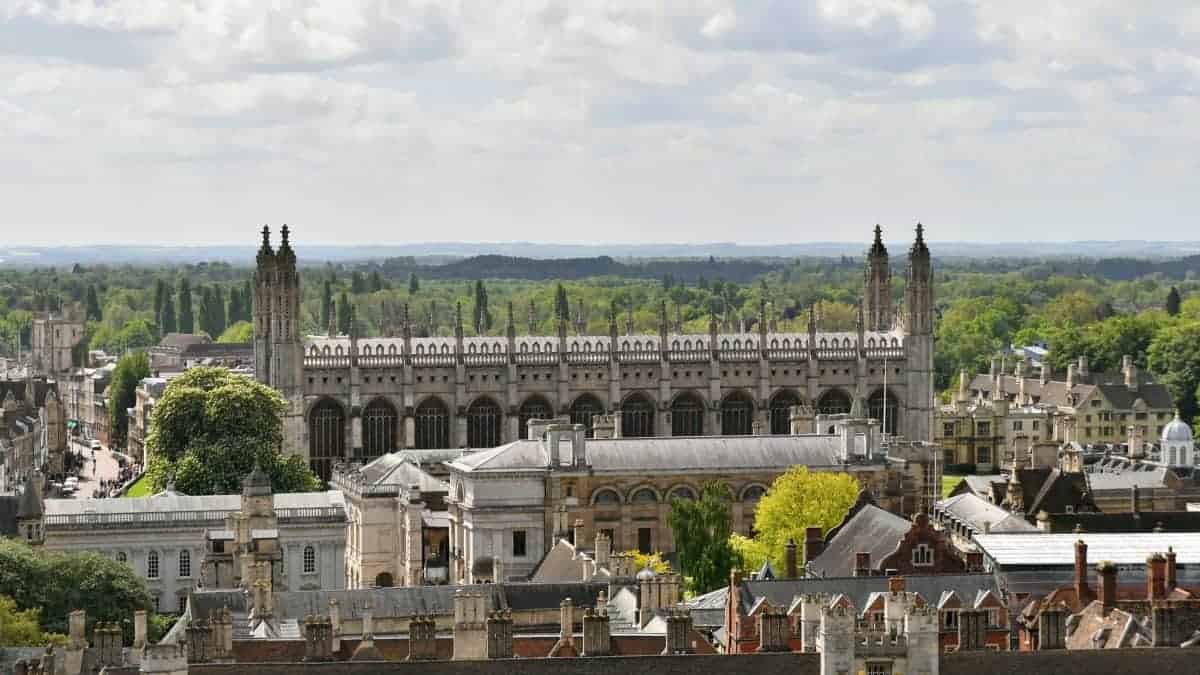 Cambridge has come top in a key university ranking for the seventh year in a row, despite being deemed the worst performer for social inclusion.

The university has dropped from fourth last in 2018/19 to having the lowest proportion of non-selective state school-educated children in the country, according to the latest Sunday Times Good University Guide.

Universities from the research-led group occupying 16 of the bottom 20 places in the social inclusion rankings.

The top three places in this year’s guide, filled by Cambridge, Oxford and St Andrews, are also three out of the four worst performers when it comes to accepting students from non-selective schools.

Oxford and Cambridge are widely seen as the UK’s most respected universities, having occupied the top two slots since the guide was started in the 1990s.

But students graduating from these two institutions have lower employment prospects than those leaving Loughborough and Lancaster universities, according to the latest guide.

Of the students accepted by Wrexham Glyndwr University this year, 99.2 per cent are from non-selective state schools.

However, the Welsh institution came second last on the academic rankings.

Fewer than half from non-selective schools

Out of the top seven universities in the guide, five of them selected fewer than half of their students from non-selective schools.

Oxford came third last after the university pledged to ensure that one in four of their students would come from disadvantaged backgrounds by 2023.

Alastair McCall, the editor of the guide, said:

“Part of the difficulty facing our most academically selective universities is the multitude of ways their recruitment falls short: those with free school meals; ethnic minorities; students drawn from deprived areas; white working class boys … the list goes on.

“Among the 24 Russell Group universities, which are among the most difficult to get into, only Queen Mary, part of the University of London, comes close to recruiting non-selective state school students in numbers proportionate to the population.

“However, this is not just a state vs independent school issue.

“Faced with two applicants for one place, the first from a school (state or independent) with a known pedigree; the other from one with no track record, how often would our most selective institutions pick the second one?”

Only 10.2 per cent of Cambridge students from working class backgrounds

Cambridge, which has its own entrance exam, has introduced a new system this year designed to try to raise the number of less advantaged students.

If an applicant fails to get an offer based on their predicted grades but goes on to meet or exceed their offer from another university, Cambridge will reconsider the candidate if they meet its “widening participation” criteria.

However, the university has sunk to the bottom of the guide’s social diversity rankings with just 41 per cent of entrants coming from a non-selective school and only one in seven from homes where neither parent went to university.

Related: Will Tories bail out Thomas Cook or will thousands of jobs be lost and more spent evacuating stranded tourists?