The PM refused to self-isolate, despite coming into close contact with a Covid-positive No 10 aide last January. 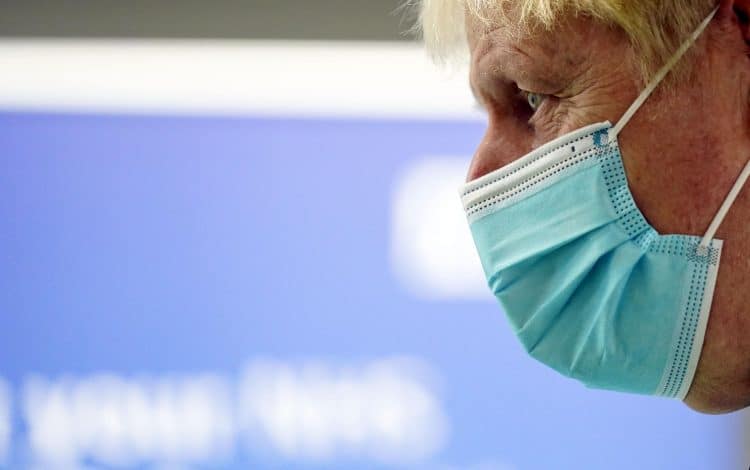 Boris Johnson refused to self-isolate last January – despite coming into close contact with a Downing Street aide who tested positive for Covid, it has emerged.

The prime minister recorded an official New Year message to the nation on 31 December 2020, with Britain on the brink of a devastating second wave of Covid.

They informed No 10 officials and colleagues in the room at the time, all of whom were asked to self-isolate at home for 10 days – except Johnson.

One source told the newspaper that the videographer, who was not wearing a face mask, had stood “face-to-face” with the prime minister for around 15 minutes.

They added that the aide was standing within two metres of Johnson during the recording – meaning the prime minister should have isolated under guidance at the time.

A spokesman told the Mirror: “The prime minister was socially distanced from the individual who subsequently tested positive and the duration of the filming was shorter than 15 minutes.

“This has been reaffirmed by those present. He was not advised to isolate as the rules did not require him to do so.”

Johnson sparked fury last July when he and Rishi Sunak tried to use a pilot “test and release” scheme to avoid self-isolating after coming into contact with Sajid Javid, who had Covid.

But the pair were forced into an embarrassing U-turn, with Johnson spending 10 days alone at grace-and-favour country estate Chequers.

Lobby Akinnola of Covid-19 Bereaved Families for Justice told the paper: “In his message to everyone as we entered 2021, Boris Johnson said how ‘we rediscovered a sense of togetherness’.

“How hollow those words now feel after yet another example of his Government’s cavalier attitude towards its own rules.”

Related: Cannabis and ketamine to be ‘decriminalised’ in London by Sadiq Khan