"It reflects the continued domination of a landed elite, whose power is such that they can craft the law to suit themselves." 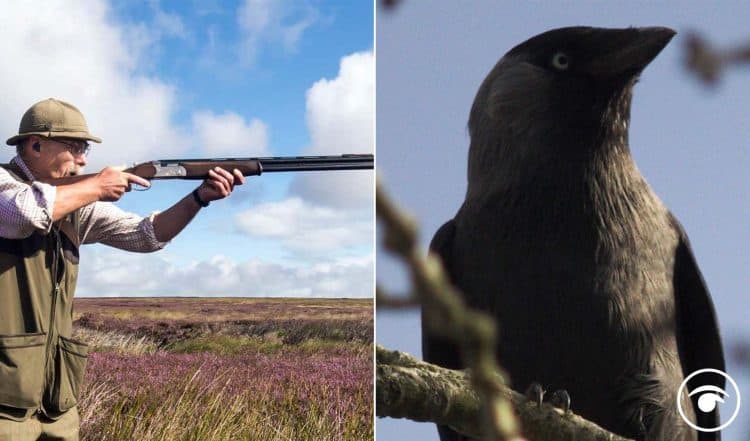 Some wild birds can now be killed in order to protect game birds bred for shooting in England, after the government updated guidelines on its general licences, reports The Guardian.

The argument is that pheasants, partridges and grouse count as livestock and therefore need to be protected.

The new licences have been issued for two years rather than one, with government officials saying this is to provide “stability and certainty” to shooters.

A Defra spokesperson said the change was made after gamekeepers asked for more clarity about whether game birds counted as livestock.

The upshot is that certain species such as carrion crows and jackdaws can be shot.

Just a quick example of the intelligence of these animals that will now be treated as pests is illustrated below.

Jackdaws can learn to recognise a potential human threat without warning if they hear the alarm calls of their fellow birds the first time round.

A small study involving 34 jackdaw pairs suggests the birds use social learning – the ability to learn from each other through observation and imitation – to identify individual humans that pose a risk to them.

They will need to be a lot more alert from now on.

The news was met with fury from journalist and environmental campaigner Geroge Monbiot.

He tweeted a thread in response.

“But you aren’t allowed to round up wild animals at the end of the shooting season, and trap them in enclosures, so when the survivors are being rounded up, they become livestock again.”

“But if a pheasant flies into a car during the roundup, and causes a crash, you’re not legally liable, because, for this purpose, it becomes wildlife again.”

“But if it survives the crash and you use it to breed more pheasants, it becomes livestock again, enabling you to claim tax breaks and subsidies. It makes you wonder who wrote these laws ….”

“Actually, we know who wrote (or passed) these laws: MPs and lords who own shooting estates. They created a fantastically tortuous legal system to enable this unspeakable “sport” to continue, regardless of the havoc it wreaks and the ecological damage it inflicts.”

“For people with this mindset, the animal kingdom is divided into two categories. Game, which you pay to kill. Vermin, which you pay other people to kill.”

“The pheasant is a non-native bird that belongs to the same family as chickens and turkeys (Phasianidae). Imagine the outcry if farmers bred 47 million chickens every year to be released, then forced to fly over a line of people with shotguns, to be blasted out of the air.”

“Why do we see this any differently? Why are people allowed to kill and wound livestock for pleasure? Why are they allowed to release a greater weight of birds into the countryside every year than all the native birds in the UK put together?”

“Why are these omnivorous birds allowed to devastate our wildlife, clearing woods and fields of insects, lizards, baby snakes, seeds and anything else they can find? Why are their owners allowed to kill a vast range of wildlife to protect this unfenced livestock?”

“Every aspect of this practice is an outrage. It reflects the continued domination of a landed elite, whose power is such that they can craft the law to suit themselves, however labyrinthine it has to be. Is this country a democracy, or a semi-feudal barony?”

Monbiot wasn’t the only person appalled at the new law change.