Young drug users will be offered counselling instead of police custody, it has emerged. 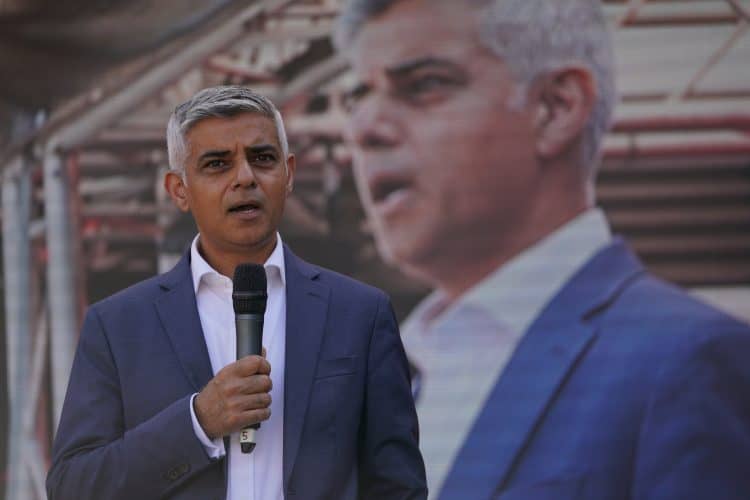 Mayor of London Sadiq Khan speaks to protesters from Leaseholders Together gather at rally in Parliament Square, Westminster, central London, who are demanding help from the government over repair bills for their properties which are encased in potentially lethal cladding. Picture date: Thursday September 16, 2021.

Sadiq Khan plans to end the prosecution of young people caught with cannabis as part of an effort to decriminalise drugs in London.

According to The Daily Telegraph, under-25s found with drugs in some boroughs will be offered speeding course-style classes or counselling rather than arrest, under a new scheme set to be launched later this year.

Three London boroughs – Lewisham, Bexley and Greenwich – would initially be signed up to the new scheme, with police officers told not to arrest young people caught with cannabis, ketamine or speed.

Instead of taking offenders into custody, officers would escort them back to their family homes.

The mayor’s plans come just a month after Boris Johnson announced a huge crackdown on illegal substances as part of a decade-long plan to tackle drug-related offences.

The prime minister warned middle class users of so-called ‘lifestyle drugs’ like cocaine could have their passports and driving licenses confiscated.

Speaking in December, Johnson said: “What we’re also saying is we’re not going to sit idly by when you have lifestyle users also using Class A drugs, and we’re going to be coming down tougher on them.

“We are looking at doing things to tackle those so-called lifestyle drug users who don’t think they are part of the problem. In the end, all the demand is helping to create the problem.

“The 300,000 problem drugs users, you’ve got to deal with what is going on there, you’ve got to make sure they are given rehab, you’ve got to come down tough on the county lines gangs, but you’ve also got to think about what is happening with the demand, the economic advantage that is given to the gangs by the lifestyle users as well.”

And Khan’s plan is likely to encounter opposition from the Tories, with one source telling the Telegraph: “Last year was the worst year for teenage killings in London, so decriminalising a major driver of youth violence probably isn’t the answer.”

Another told the newspaper that the mayor’s plan was “mad”.

City Hall told the paper that Khan was “investigating various ways in which young people can be diverted away from low-level drug use by being better informed about its harm”, adding that he believed “drug use and its related crimes are preventable and not inevitable”.

“We know that we’ll never be able to simply arrest our way out of the problem, which is why we continue to work on schemes that provide young people with support and education, rather than simply putting them through the criminal justice system,” a spokesman said.

Related: Omicron may have peaked in London, Neil Ferguson says