The prime minister was speaking at a virtual US-led climate summit attended by global leaders. 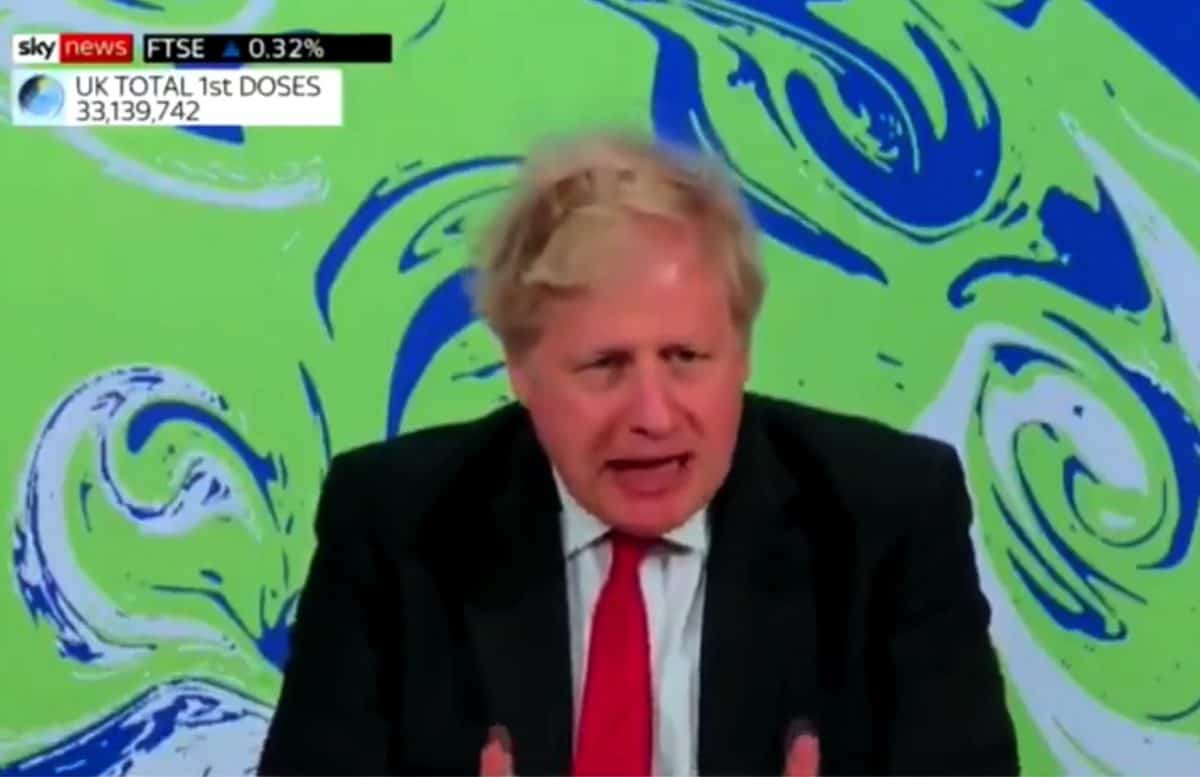 The prime minister hailed a pledge by US president Joe Biden to cut the United States’ greenhouse gas emissions by 50 per cent from 2005 levels by 2030, calling it a “game changer”.

He praised Biden “for returning the United States to the front rank of the fight against climate change.”

“It’s vital for all of us to show that this is not all about some expensive politically correct, green act of bunny hugging,” he added. “This is about growth and jobs.”

Don't get me wrong, I too have taken recreational drugs in the past. But never immediately before appearing on national television. pic.twitter.com/7ZDNBNHKCD

Johnson is set to tell fellow world leaders that 2021 must be the year countries “get serious” about stopping climate change at the virtual climate summit convened by Biden.

He is expected to say: “The UK has shown that it’s possible to slash emissions while growing the economy, which makes the question of reaching net zero not so much technical as political.

“If we actually want to stop climate change, then this must be the year in which we get serious about doing so.

“Because the 2020s will be remembered either as the decade in which world leaders united to turn the tide, or as a failure.”

The summit comes after the International Energy Agency warned that global carbon emissions were set for their second biggest increase on record after a sharp drop in 2020 due to the pandemic, with demand for fossil fuels, including coal, pushing climate pollution up to close to 2019 levels.

The two-day US-led summit will also hear from leaders of major economies including China, Japan, Russia, Canada, India and Australia, who will be watched closely to see what ambition they will bring to the table.