On a positive note, only 1 per cent of voters said they plan to vote for Alex Salmond’s Alba Party. 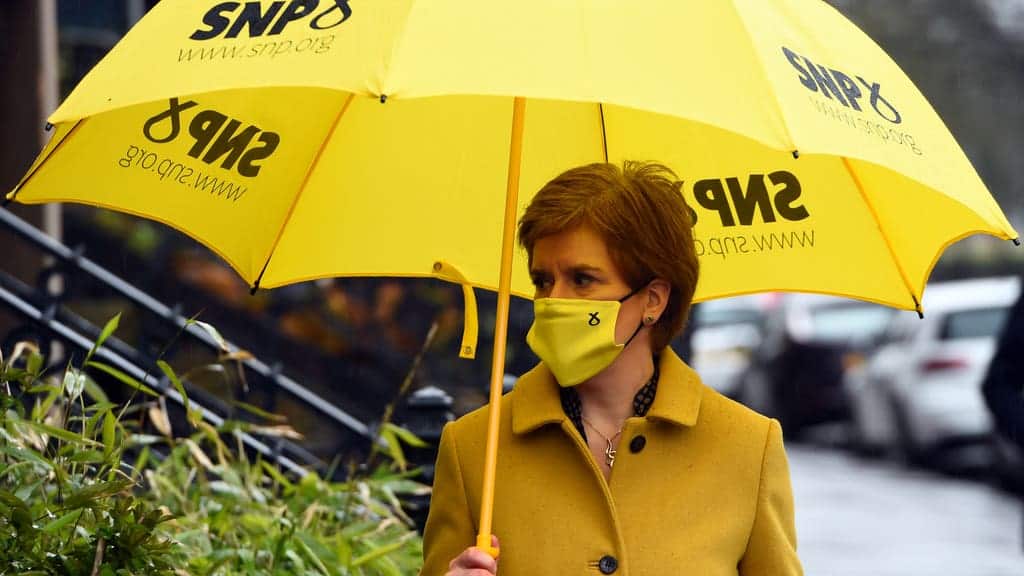 The SNP could miss out on a majority at the Holyrood election, according to a new poll.

The Savanta ComRes survey for The Scotsman predicts that the party will return 63 MSPs in total – two short of a majority – the same number as in 2016.

However there would still be a pro-independence majority at Holyrood, with the Scottish Greens forecast to return eight MSPs, two more than 2016, and the party predicted to secure 7 per cent of the list vote in 2021.

Only 1 per cent of voters said they plan to vote for Alex Salmond’s Alba Party, which would leave it without a single MSP elected.

The poll projects that the SNP will return a constituency vote of 46 per cent and a list vote of 38 per cent in the May 6 election.

It predicts that the Scottish Conservatives will achieve 25 per cent of the constituency vote and 23 per cent of the regional list, which would see it return 32 MSPs – one more than in 2016.

The poll of 1,001 Scottish adults also found that support for Scottish independence is split, though support for No has increased since a survey at the start of April.

When “don’t knows” are excluded, 52 per cent support No and 48 per cent said they would vote Yes.

A survey at the start of April found that if an independence referendum was to be held tomorrow, 45 per cent would vote Yes and the same proportion No, with the remainder undecided.

The latest poll was carried out between April 16 and 20.

Routes to a majority

Chris Hopkins, political research director at Savanta ComRes, said: “These latest figures show the SNP potentially missing out on a majority, but there are still plenty of routes for them to get one.

“While ‘both votes SNP’ has never made the most of the SNP’s dominance, increasing their vote on the list could top up the seats they need, but they’d require a sizeable shift in their favour from these latest figures.

“Instead, squeezing the soft Labour constituency vote in seats in South Scotland, for example, could help them overtake the Conservatives and give the SNP the majority they crave.

“That could be easier said than done, though; with the Conservatives up in this poll, and a healthy proportion of Labour voters more likely to trust the Conservatives than their own party to protect the union, the Conservatives will also be trying to squeeze Labour in an attempt to hold off an SNP challenge.”