"I think that the party has to recognise that the media hostility to the Labour Party and the labour movement isn’t going to go away." 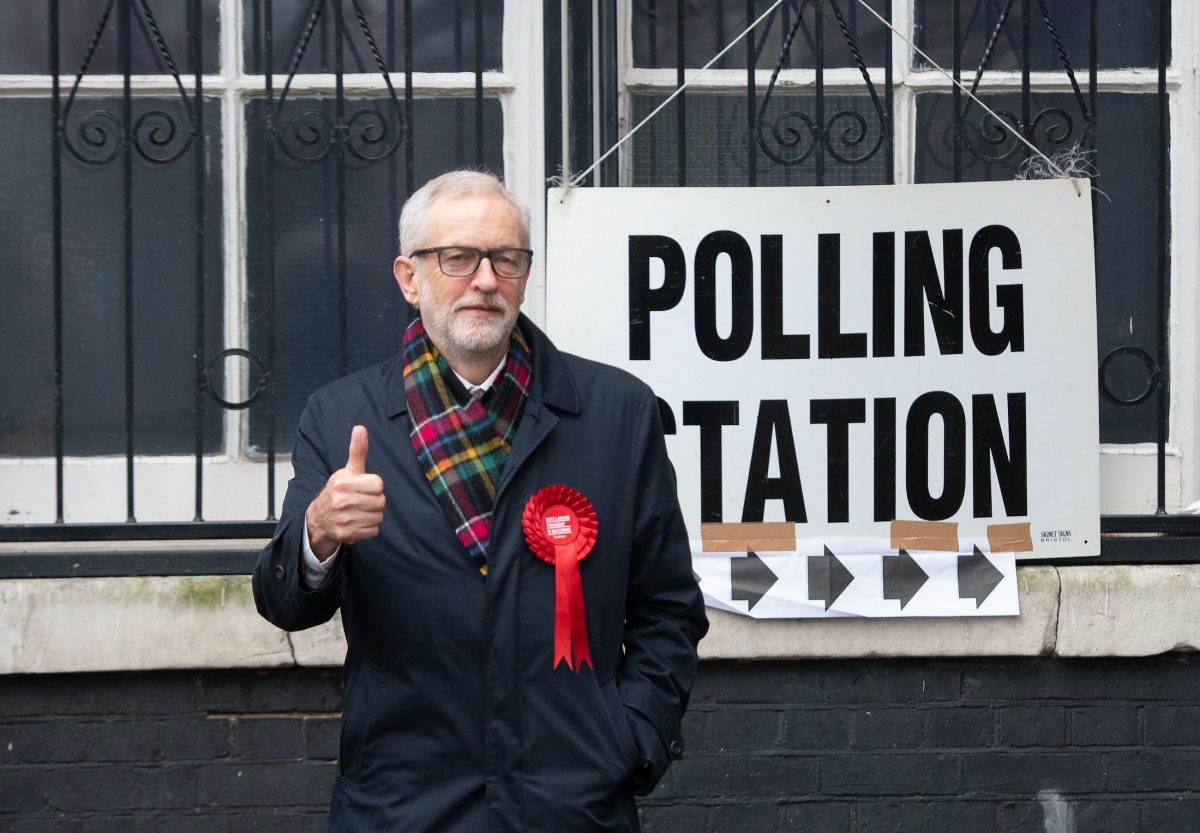 Towards the end of September Sir Keir did not mention Jeremy Corbyn by name but used his keynote address to distance himself from the party’s former leader.

Sir Keir, who served in Mr Corbyn’s shadow Cabinet, said the party has to “get serious about winning” – the implication being Labour has not been focused on electoral success in the past.

“When you lose an election in a democracy, you deserve to,” Sir Keir said.

Now, after four election defeats in a row, Labour is finally becoming a “competent, credible opposition” and “deadly serious about victory”, he said.

In a direct attack on Mr Corbyn’s leadership, Sir Keir said: “Never again will Labour go into an election not being trusted on national security, with your job, with your community and with your money.

“That’s what being under new leadership means.”

There was no mention of Mr Corbyn by name but tellingly Sir Keir did praise three previous Labour leaders – Clement Attlee, Harold Wilson and Tony Blair – who all won elections.

But what does the last leader of the Labour Party make of his time as Leader of the opposition? In April of this year, Corbyn stepped down after almost five years in the top job.

Well many of his thoughts we covered in an interview he gave with Tribune. He has had time to reflect on what he achieved and what could have been done differently.

Corbyn felt from the beginning of his tenure he had opposition from within his own party.

He told the publication: “As everyone knows, I had massive opposition from within the Parliamentary Labour Party (PLP) from the outset. The first year was taken up completely with dealing with pressure from within the PLP, and then you had the second leadership campaign in 2016, where we won with an even bigger majority. That ought to have been a point where the party at least recognised that there was a thirst for change amongst the membership.”

When asked how he assessed his own time as leader and how he reformed the party, he feels he could have done more. He said: “We didn’t go far enough. We didn’t go fast enough. We did alter the rules of selections and for the election of the leadership. So it improved a bit in those areas.

He continued: “What I wish we’d gone further on — and obviously this has got to happen anyway — is changing the culture in which local parties operate. They have to be far more responsive to the community. Time and time again, people would contact me who said they’d joined the party following our election in 2015, had gone to a local party meeting, and found it unwelcoming, cold, and boring, and didn’t want to go back.

“They didn’t feel the least bit welcomed to the party, even though they fully supported the policy direction on the environment, the economy, social justice, and those issues that we put forward.”

“You have some very rich and powerful people who are going to continue attacking the Labour Party whatever its policies are, because they don’t want it to exist at all. The only answer to that is communicating amongst ourselves, through social media and day-to-day action in our communities.”

How socialist was his leadership?

When asked about he style of leadership and poliitcs, he was not as radical as many may think, it wasn’t about going back to the 1940s model of public owenership, but more of an collabroative approach.

Corbyn said: ” I also was clear that the public ownership we were fighting for would not be the 1940s model of essentially the government appointing boards of nationalised industries, then those being run on a private-sector model. I wanted a much more democratic form of ownership.

“We pushed for that in water, with more community and local government involvement, and more river basin-based environmental approaches. There was a great deal of support for that but also opposition, predictably, from the hedge funds that own most of our water companies.”

He added:”I want to live in a socialist society, and I want to use the best way of getting there that takes everybody with you. You should set everything you do against what you are ultimately trying to achieve.”

Reflecting on his time as leader

He very much enjoyed his time as leader of the partying saying: It was fun, every minute of it!