“I do think that dumping on somebody because they’re not there anymore is a bit weak really.” 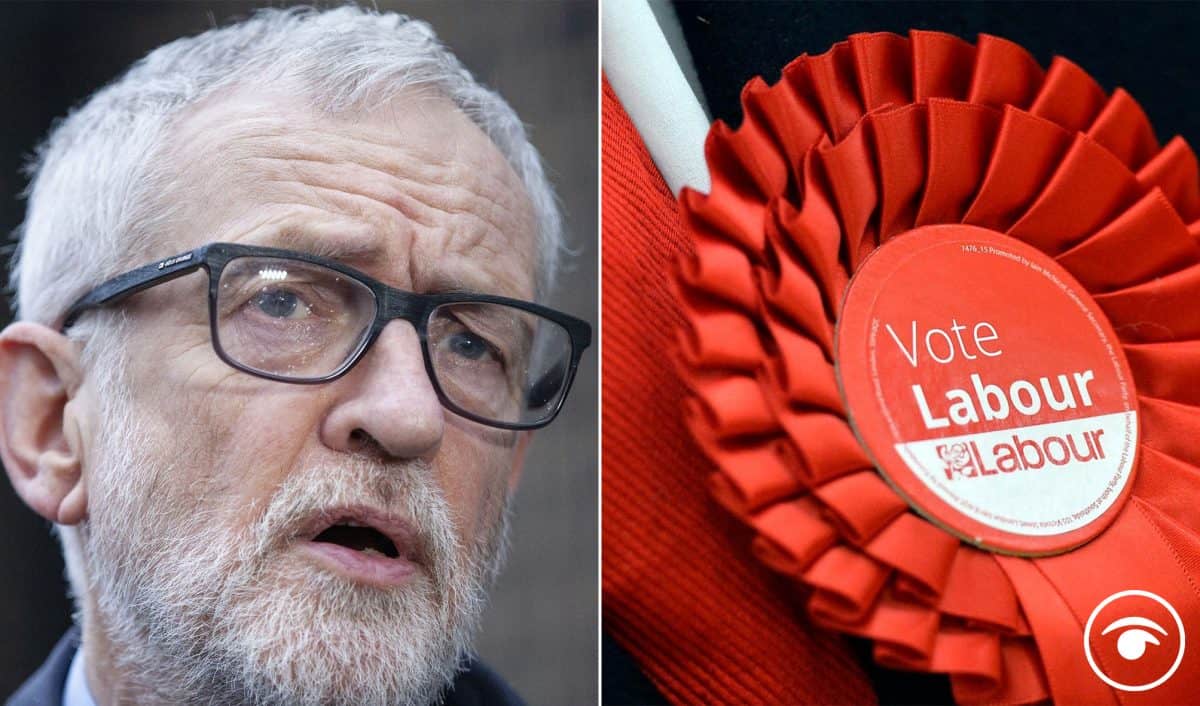 Jeremy Corbyn has said it is a “bit rich” to blame him for Labour’s poor election performance as four of Sir Keir Starmer’s predecessors weighed in on the party’s woes.

The former Labour leader said it was “a bit weak” to suggest he is responsible for the losses in last week’s by-election in Hartlepool and local elections across England.

Tony Blair said Sir Keir “lacks a compelling economic message”, as the former prime minister advised the current leader to debate cultural issues “urgently and openly” to prevent them being damagingly defined by the right and the “‘woke’ left”.

Mr Blair’s successor in No 10 and at the head of the Labour Party, Gordon Brown, suggested the coronavirus pandemic had hindered Sir Keir’s ability to connect with the public.

While Ed Miliband, who led Labour in opposition, said the party needs to be “bolder”.

Labour has been in turmoil since the by-election defeat in Hartlepool and setbacks in council elections in England were followed by a botched reshuffle.

The results were a major setback for Sir Keir as he tries to recover the party from its general election defeat under Mr Corbyn, which was its worst since 1935.

Mr Corbyn, now sitting as an independent MP, told ITV News’s Calling Peston podcast: “I think it’s a bit rich to start blaming me for stuff that’s been done over the past year that I’ve had absolutely no part of whatsoever.

“I do think that dumping on somebody because they’re not there anymore is a bit weak really.”

He attributed some of the losses to “disillusioned Labour voters” heading to the Green Party because they feel “the opposition has not been strong enough against the Government”.

“Do I take responsibility for it? No. Because we had a set of popular policies in the last manifesto,” he added.

Corbyn also made his feelings known about the worrying events in Israel, he tweeted: “Deliberately provocative attacks on the Al-Aqsa mosque and the ongoing home invasions #SheikhJarrah have led to horrendous violence in Jerusalem. As the occupying power, the Israeli government has it in its gift to rectify the current situation and not exacerbate it. #Palestine.”

Deliberately provocative attacks on the Al-Aqsa mosque and the ongoing home invasions #SheikhJarrah have led to horrendous violence in Jerusalem. As the occupying power, the Israeli government has it in its gift to rectify the current situation and not exacerbate it. #Palestine

He also tweeted: “The escalation of hostilities overnight in Jerusalem & now Tel Aviv is a direct result of the home invasions #SheikJarrah by government-backed settlers. If it wanted, Israel could halt the bloodshed by ending the siege of Gaza and the occupation of Palestine. Ceasefire needed now.”

The escalation of hostilities overnight in Jerusalem & now Tel Aviv is a direct result of the home invasions #SheikJarrah by government-backed settlers. If it wanted, Israel could halt the bloodshed by ending the siege of Gaza and the occupation of Palestine. Ceasefire needed now

He also made a speech to crowds yesterday in London.

"Our solidarity here in London is to bring about the permanent peace, in which the Palestinian people will no longer, ever be under occupation again."
Jeremy Corbyn.#SaveSheikhJarrah #FreePalestine pic.twitter.com/LLESLkD5TP

His son Tommy also shared a video of his speech.

"The occupation must end. The settlement policy must end. As we promised in our manifesto there must be unconditional recognition of the state of Palestine"#FreePalestine pic.twitter.com/S7tEkeNFDz

Meanwhile, Mr Blair detailed his analysis of the left’s dilemma, saying the “old-fashioned economic message” of high taxation and a large state is “not particularly attractive”.

Turning his attention to Sir Keir, Mr Blair said he is “struggling to break through with the public” as he described last week’s elections as “a major setback”.

“But the Labour Party won’t revive simply by a change of leader. It needs total deconstruction and reconstruction. Nothing less will do,” Mr Blair wrote.

“At present, Labour expresses perfectly the progressive dilemma. Corbyn was radical but not sensible. Keir seems sensible but not radical. He lacks a compelling economic message.”

Mr Blair said that Labour is being “backed into electorally off-putting positions” on issues surrounding culture, gender, race and identity.

“A progressive party seeking power which looks askance at the likes of Trevor Phillips, Sara Khan or JK Rowling is not going to win. Progressive politics needs to debate these cultural questions urgently and openly,” he added.

Mr Brown cited the restrictions to tackle Covid-19 as having been a great hindrance to Sir Keir’s ability to communicate directly with the public.

“He’s got to be given time to fight the next election, and he will do so in my view,” he told Times Radio.

“I think the issue however is that he’s never had a chance to get around the country.”

Mr Miliband, who Sir Keir restored to the frontbenches as shadow business secretary, said it is not time to “blow the final whistle” on Sir Keir’s leadership, arguing the leader believes the country needs a “big economic change” to make it less “unfair, unequal and unproductive”.

The assessments from the former leaders came after current deputy Angela Rayner admitted that members of the public did not know what Sir Keir “stood for” before they went to the poll.

Ms Rayner acknowledged she has a “very frank relationship” with Sir Keir after the weekend’s reshuffle saw her initially sacked but then promoted.

Amid accusations the Labour leader was trying to scapegoat Ms Rayner, it was announced she would be given a senior new role shadowing Cabinet Office minister Michael Gove.

Ms Rayner, who was also made shadow first secretary of state, effectively making her the shadow deputy prime minister, did not deny that Sir Keir had attempted to sack her from the shadow cabinet.

I came in to politics as a shop steward standing up for care workers on the minimum wage.

In my new roles I will focus on the future of work and the future of our economy, working with our trade union movement to deliver good, well-paid jobs in every region and every community.

During an interview with the BBC on Tuesday, Ms Rayner said: “I’m not going to discuss the robust conversations that me and Keir have and have always had.”

But she added: “What I heard on the doorstep is that they didn’t know what Keir Starmer stood for, so that’s what I think our challenge is, actually.”

Following the final results of Thursday’s English council elections, the Tories gained 294 councillors across the nation, while Labour lost 267.

Labour is seeking to reconnect with voters after the electoral defeats, with another potentially tricky seat to defend in the forthcoming Batley and Spen by-election.

Related: Blair: ‘Corbyn was radical not sensible; Starmer is sensible not radical’