The Commons leader said fans who booed were protesting against a culture of "wokeness". 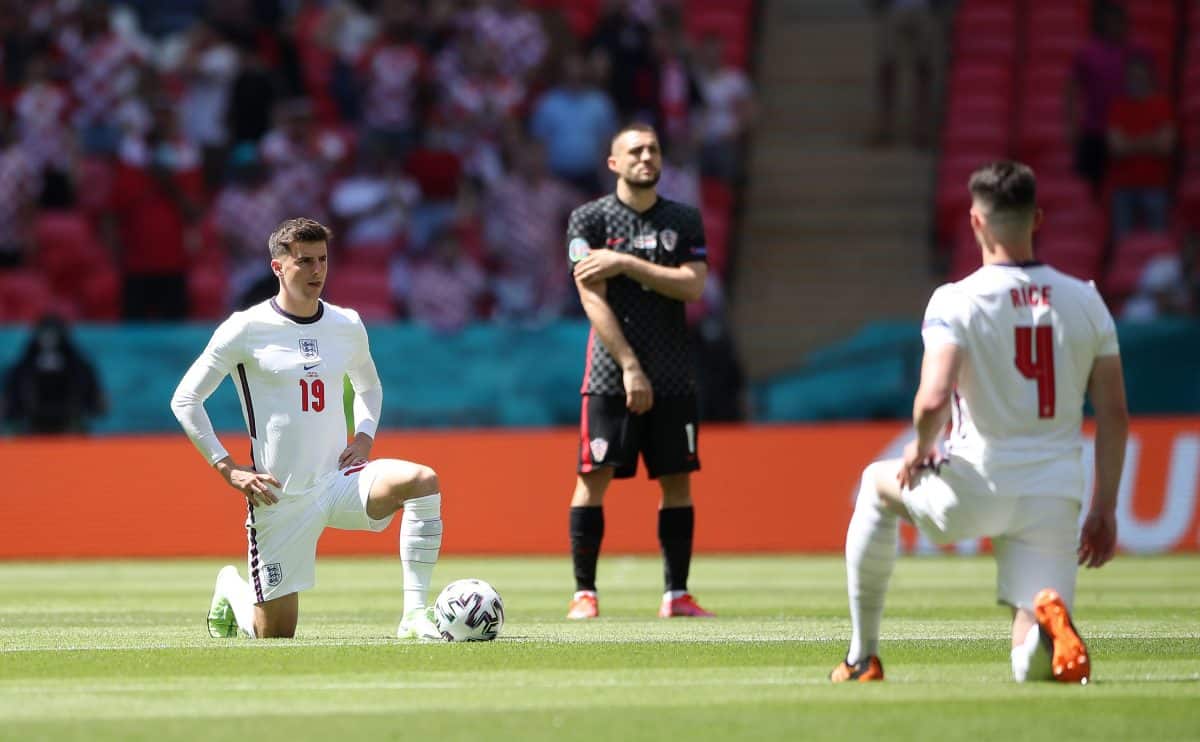 Jacob Rees-Mogg has defended fans who booed when the England football team took the knee on Sunday, claiming that they were not racist and were protesting against a culture of “wokeness”.

The Commons leader became the latest cabinet minister to intervene in the ongoing debate over the anti-racist stance after Priti Patel, the home secretary, dismissed it as “gesture politics”.

Michael Gove has joined Boris Johnson in defending players who take the knee, telling Times Radio on Tuesday morning that members of the England side should be able to “show their strength of feeling”.

A small number of fans booed when players knelt before England’s Euro 2020 victory over Croatia at Wembley on Sunday – despite Gareth Southgate, the England manager, asking them not to do so.

The prime minister said last weekend that it was “totally wrong” for fans to jeer the national team – and urged supporters to cheer the players instead.

But, speaking on his Conservative Home podcast, Rees-Mogg contradicted Johnson, saying that fans who booed the national team were reacting to the “underlying political message” of Black Lives Matter (BLM).

“The BLM movement is a Marxist movement that wants to do things like defund the police and is not sympathetic to our current civic structures,” he said.

“I think the objection to it is the politicisation through the BLM movement rather than a huge hinterland of racism of football. I think football has actually done extraordinarily well at reducing racism in its sport.”

Asked if fans were racist, Rees-Mogg said there “wasn’t any evidence” to suggest so, dismissing suggestions that the UK was institutionally racist and citing the controversial findings of the Commission on Race and Ethnic Disparities.

“Of course there is some element of racism still within this country, but what this report was also able to say was that it is not institutionalised and that actually one of the greatest areas of discrimination is not to do with race but to do with class.”

He drew a comparison between the players’ protests and the actions of “second-rate dons” at Oxford University who have boycotted Oriel College because of the decision to retain a statue of 19th-century colonialist Cecil Rhodes.

“There is a pushback more generally against wokeness [such as] the really rather scandalous behaviour of the Oxford dons who are refusing to teach people at Oriel who through no fault of their own are at a college that happens to have a statue of Rhodes that is difficult to take down and they shouldn’t be taking down anyway,” he said.

But Gove, the Cabinet Office minister, distanced himself from Patel and Rees-Mogg, telling Times Radio: “I think that people who want to show their strength of feeling against prejudice should have the opportunity to do so. But when it comes to football, all of us should get behind the teams that we support.”