If we can subsidise these prices, surely we can afford not to give vulnerable children half a tomato and a carrot stub? 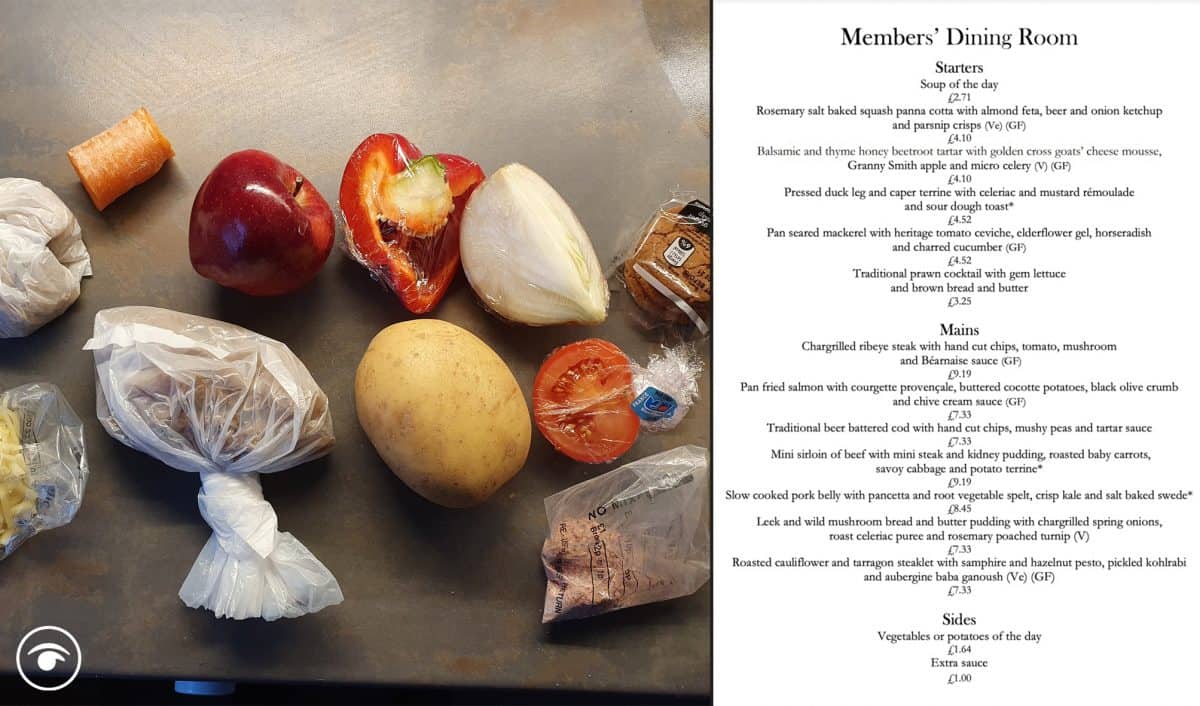 The government was caught up in another school meal scandal today after parents shared pictures of paltry food packages which have been brought in to replace £30 vouchers given to vulnerable families as schools close for remote learning.

Packages containing a solitary carrot stub, halved tomatoes and diced onions made the rounds on social media, with one mum valuing the contents of her parcel at no more than £5.22, if bought from Asda.

Opposition MPs have reacted angrily and raised concerns over cronyism after the contract to supply the food was given to Chartwells, part of Compass Group, which has historic links to the Conservative Party.

Claudia Webbe, the MP for Leicester East, said “is nothing spared from their greed? Not even child hunger?”, while Richard Burgon said “hunger is being used as a financial opportunity”.

The heavily subsidised menu in the House of Commons, where a leak and potato soup costs just £1.01 and you get change out of a fiver for grilled cod with mangetout and broccoli, also resurfaced.

In the Members’ Dining Room you can tuck into pressed duck leg and caper terrine for £4.52 and chargrilled ribeye steak for £9.19.

Indeed, a three-course meal of soup, beer battered cod and chips and gooseberry and hazelnut cake would set MPs back just £12.75.

The equivalent meal down the road at the Morpeth Arms would cost around £30 – the same amount that is supposed to be given to vulnerable children forced to study at home.

By my calculations, £30 ought to get you:

And it doesn’t end there.

With a pint of Stella costing just £3.60 and a John Smith’s coming in at £2.60 Westminster is easily the cheapest place to drink in central London, with many nearby establishments charging double that price.