“The entire shambolic episode is the perfect analogy for the Tory government’s undemocratic anti-independence stance – crumbling under the first sign of any pressure." 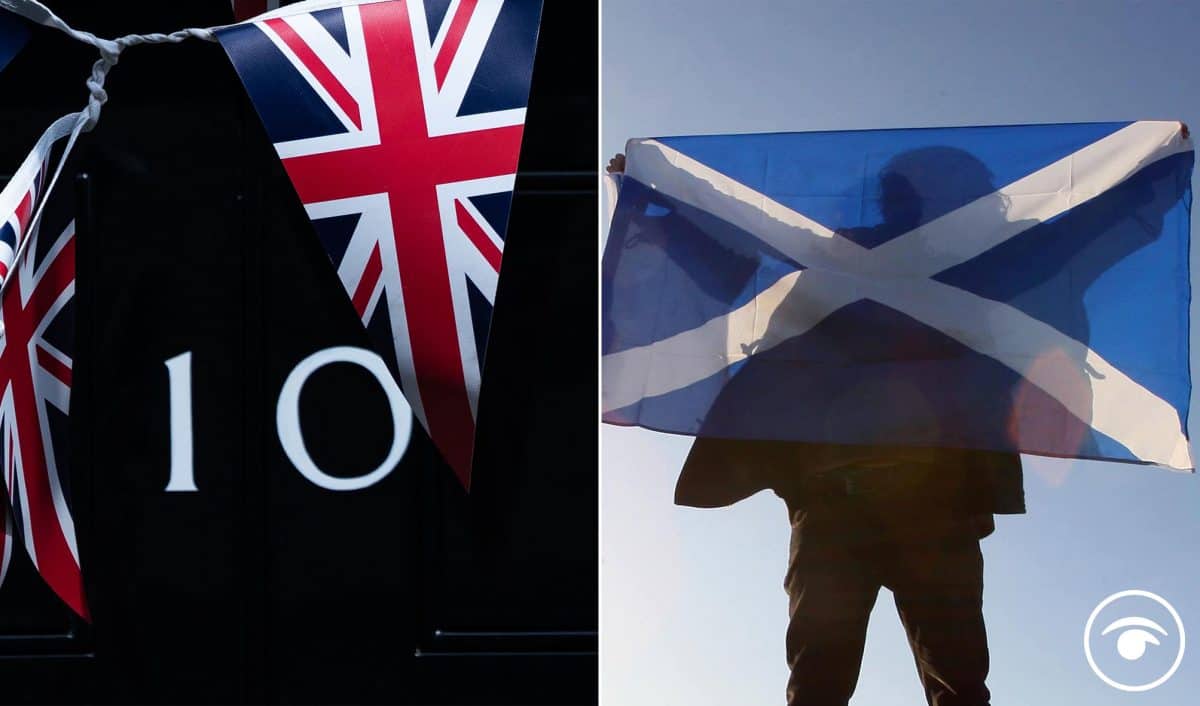 The cabinet’s new union strategy committee will be a “step up” from the government unit it replaces, a minister has said. However it has also been slammed as ‘utterly humiliating for Boris Johnson,’ by the SNP.

The committee was set up after Oliver Lewis left his position as the head of Downing Street’s Union unit last week.

Mr Lewis, a veteran of the Vote Leave campaign, had been in the job for less than a fortnight and had replaced former Scottish MP Luke Graham.

The new ministerial cabinet committee will include the Prime Minister and the Chancellor of the Exchequer.

The SNP say the changes show the UK Government’s campaign against Scottish independence is in “disarray”.

Mr Jack told the BBC’s Good Morning Scotland programme: “It’s very good news that that level of focus on strengthening the United Kingdom is at that high level of government.”

Asked what had “gone wrong” with the Union unit, after the departures earlier this month, Mr Jack said: “The union unit has been replaced … by a cabinet committee chaired by the Prime Minister and members include the territorial secretaries of state and the Chancellor of the Exchequer.

“It is a step up. Covid is beginning to come to an end hopefully with the vaccine programme, Brexit is now in the rear view mirror, we’ve decided focusing on our levelling-up agenda across the whole of the United Kingdom is very important to us.

“It’s absolutely the right thing to do, the Prime Minister wants to build back better, he wants to strengthen the United Kingdom and this cabinet committee will be doing that.”

Boris Johnson has said he could not see the point of a having a referendum on Scottish independence, “at any time in the foreseeable future” while the UK is fighting the pandemic.

He said: “I think the focus of politicians throughout the UK should be on fighting the pandemic, working together to defeat Covid and building back better, and, quite frankly, I do not see the virtue, value or utility of having a referendum at any time in the foreseeable future, particularly when we have to defeat Covid and take our country forward.”

A Downing Street spokesman rejected the suggestion the creation of the new unit was a sign of “confusion and panic around the Union”.

The Prime Minister’s official spokesman said later on Thursday: “No, I think it demonstrates our commitment to the Union and the focus the PM has on ensuring that we deliver for all countries of the United Kingdom.”

The spokesman said that No 10 officials would continue to work in the Union unit but the new Union strategy committee would build on existing structures.

Scotland Office minister Iain Stewart was also asked about the new committee when he appeared at a Westminster committee on Thursday.

He said: “I know these staff changes excite a lot of political commentators but the Government’s commitment and priority for the Union is undiminished and unchanged.

“The Prime Minister is the minister of the Union.”

Responding to reports the union unit had collapsed on Wednesday night, the SNP said it showed the UK Government’s stance on Scottish independence had become “shambolic”.

“The only thing his failed Union unit has delivered has been a sacking, a resignation and now its reported collapse within a matter of weeks.

“The entire shambolic episode is the perfect analogy for the Tory government’s undemocratic anti-independence stance – crumbling under the first sign of any pressure.

“The reality is that no amount of rebranding or merging can take away from the fact the Tories’ are in turmoil and their anti-independence campaign in disarray.”

Related: Lisa Nandy on fire as she takes down ‘ungradeable’ Williamson and calls out Hancock’s cronyism