“People have done well out of the pandemic, especially if you have the health secretary’s phone number.” 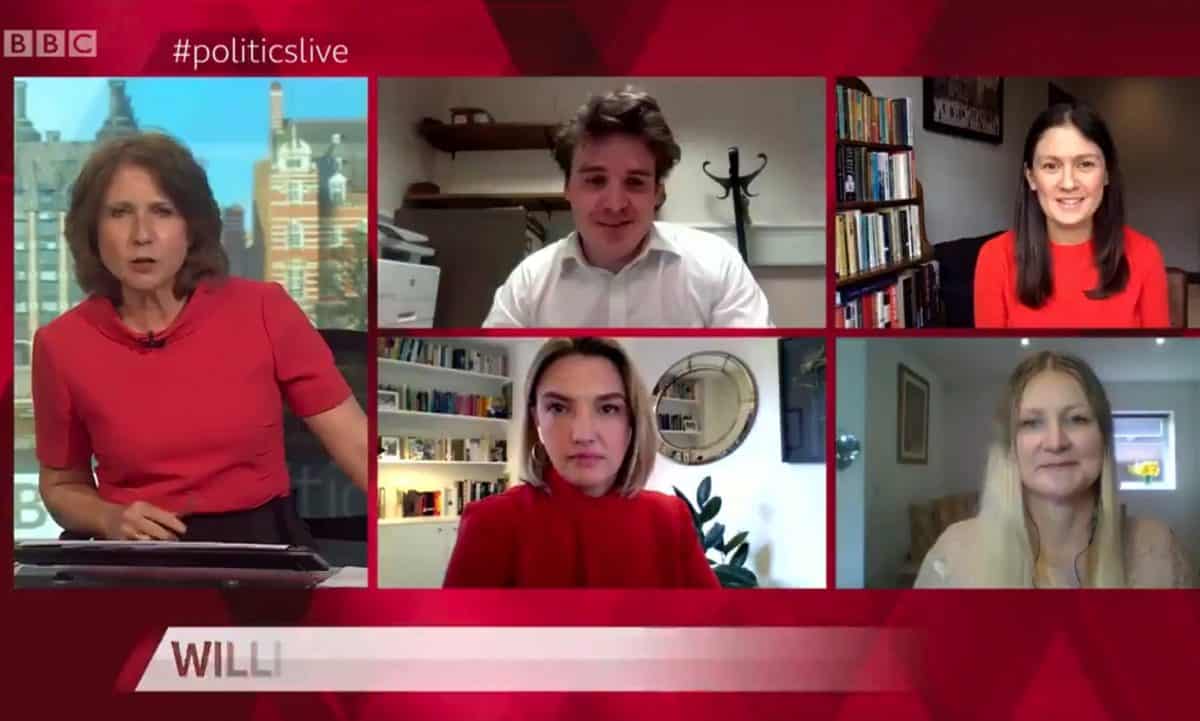 Suggestions that Labour members should have opted for a ‘cheeky Nandy’ last year were there for all to see today after she tore into the ‘absent’ education secretary and took aim at the rife cronyism within the Tory Party.

Speaking on Politics Live the shadow foreign secretary said Gavin Williamson, who led the Downing Street press conference last night, has been “missing in action” over the course of a pandemic which has impacted millions of students at all levels.

Asked what grade she would give him as a teacher she said: “I don’t think you can grade a student who has not turned up”.

What grade would Education Secretary Gavin Williamson get for his work?

“Probably about a B” says Conservative MP Tom Hunt

“I don’t think you can grade a student who has not turned up” says Labour MP Lisa Nandy #politicslive https://t.co/TbD4z6tZ13 pic.twitter.com/AbezCbnowA

She also had it in for health secretary Matt Hancock who has been embroiled in a cronyism scandal of late.

Last week he was found to have acted unlawfully by handing out Covid-19 contracts without publishing details in a timely manner.

It comes after a former pub landlord of his secured a contract to supply tens of millions of vials for NHS Covid-19 tests – despite having no previous experience of making medical supplies.

He offered his services by sending Hancock a personal WhatsApp message, gaining access to a “high-priority” channel where bids for government contracts were ten times more likely to succeed.

“People have done well out of the pandemic, especially if you have the health secretary’s phone number” ???

Matt Hancock has 130k + deaths on his watch, a #ToryCronyism scandal & yesterday he said he’d do it all again?‍♀️#resign already#PoliticsLive #Resign pic.twitter.com/GOMG7IWXiY

Elsewhere Nandy has been making impressive strides on crucial issues such as climate change, telling people the matter is not the “preserve of our ‘woke’ cities” but something that “matters to us all”.

Read her thoughts in full on the matter below:

.@lisanandy says: "Despite frequent suggestions to the contrary, environmentalism is not the preserve of our “woke” cities – it matters to us all."