"The trains could be pulled by an inexhaustible herd of Unicorns overseen by stern, officious dodos." 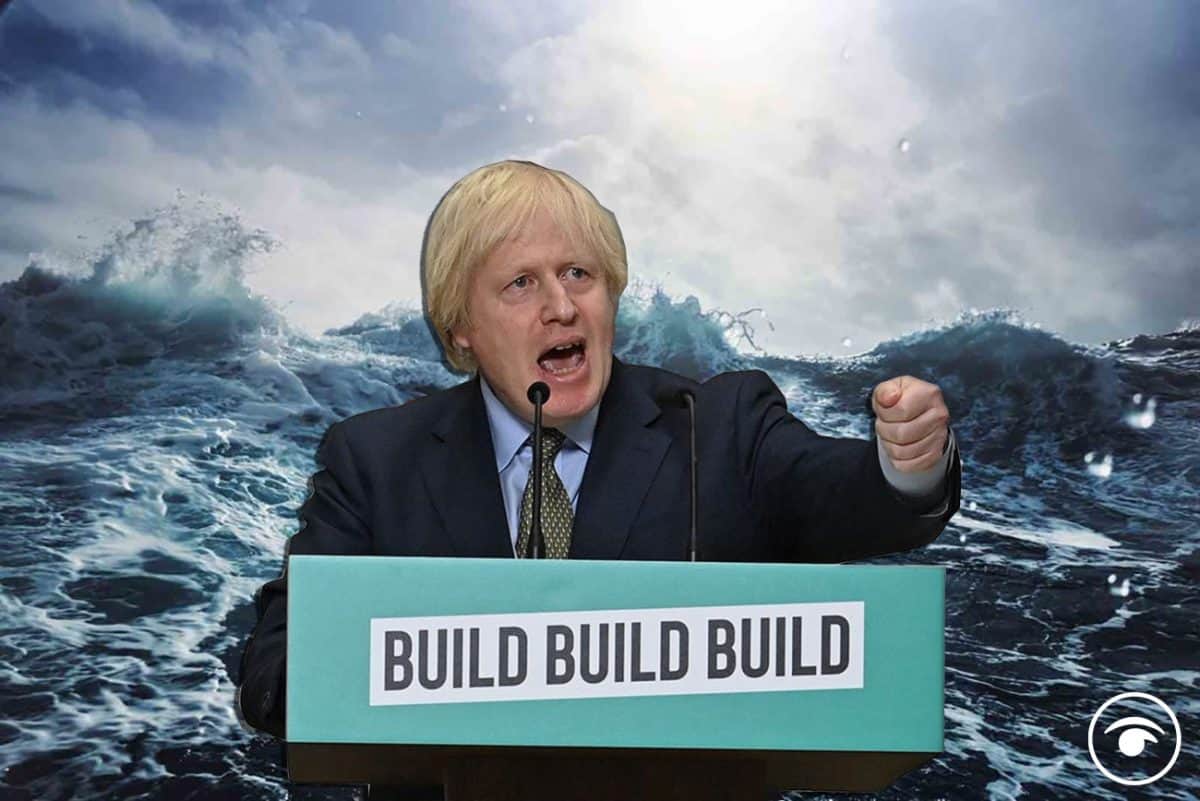 Plans to connect Scotland and Northern Ireland with a 25-mile undersea tunnel have been ruthlessly mocked by the chair of the Commons Northern Ireland affairs select committee, who called on his colleagues to “put the hallucinogenics down”.

Reports in the Sunday Telegraph suggest the PM’s plans for a bridge between the two countries could be written off in favour of a tunnel, dubbed the ‘Boris Burrow’, which has been mooted as the most viable way forward by Scotland Secretary Alister Jack.

“You say bridge. I say tunnel”

He told the Daily Telegraph’s Chopper’s Politics podcast: “You say bridge. I say tunnel. I think a bridge would be closed for probably 100 days a year with the weather in the Irish Sea.”

Mr Jack is MP for Dumfries and Galloway, which includes Stranraer, the most likely location for one end of the tunnel.

He added: “My strong inclination would be that he [Mr Johnson] thinks it should be a tunnel because he and I have had conversations about the weather patterns in the Irish Sea and Beaufort’s Dyke, and there’s a munitions deposit there.”

But Simon Hoare has rubbished the plans, tweeting in derision:

“The trains could be pulled by an inexhaustible herd of Unicorns overseen by stern, officious dodos.

“A PushmePullYou could be the senior guard and Puff the Magic Dragon the inspector.

“Let’s concentrate on making the Protocol work and put the hallucinogenics down.”

“Build it and they will come is sadly not the case”

Last year an economic think tank, based at the University of Strathclyde, was dismissive of any connection between the two countries.

The Fraser of Allander Institute said the idea would not even feature in the top 10 infrastructure priorities, saying it would neither boost the economy or improve connectivity.

The think tank said: “Firstly, those hoping that building a bridge (tunnel or giant catapult even) will automatically be a catalyst for faster economic growth in both Scotland and Northern Ireland will be sorely disappointed.”

The economics experts said there was “little international evidence” to back up the idea of a causal positive link between infrastructure and growth, adding: “Build it and they will come is sadly not the case.”

While they said “well-designed and targeted investment that helps to unblock barriers to connectivity can have an impact on growth”, the post went on to add: “On a list of top 10 infrastructure priorities in Scotland (and the UK), this won’t be one of them.”

Related: New Zealand back in lockdown as UK awaits “road-map” out