An investigation found traces of cocaine across the parliamentary estate, it has emerged. 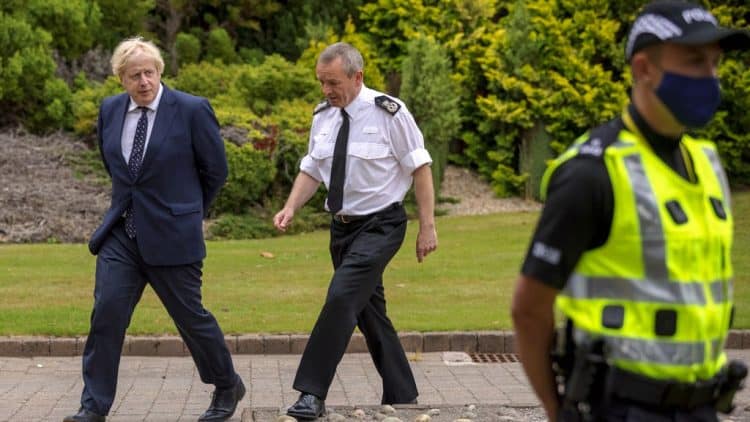 Sir Lindsay Hoyle has pledged to call in police over “deeply concerning” allegations of drug use in Westminster.

In a warning to anyone bringing cocaine into parliament, the Speaker said he was treating the matter as a priority – and vowed “full and effective enforcement of the law”.

Hoyle’s move comes after the Sunday Times reported that an investigation found traces of cocaine in 11 out of 12 locations tested in the Palace of Westminster.

And one senior MP claimed it was time to consider bringing in sniffer dogs to help detect illicit substances.

Sir Lindsay said: “The accounts of drug misuse in Parliament given to the Sunday Times are deeply concerning – and I will be raising them as a priority with the Metropolitan Police next week.

“I expect to see full and effective enforcement of the law.”

He added: “While parliament provides extensive support services for any staff or members who may need help with drug misuse – and I would encourage anyone struggling with such issues to take up such help – for those who choose to flout the law and bring the institution into disrepute the sanctions are serious.”

Cocaine detection wipe tests found evidence of the class A substance in toilets near the offices of Boris Johnson and Priti Patel, as well as a number of other lavatories, the newspaper reported.

And it quoted anonymous Westminster sources who claimed drug use was rife among staff and MPs.

One was quoted as saying: “I have seen an MP openly snorting cocaine at a party. There were journalists present and I warned them that what they were doing was extremely dangerous and they could be exposed but they seemed to get off on the power trip.”

Another said: “MPs tend to be more careful than staff and will go back to their office to do it rather than doing it in any of the public spaces, but I have heard of one staffer who walked in on their MP doing a late-night line at their desk.”

‘Lots of them need help’

One Westminster veteran added: “There is a cocaine culture in parliament. Some people are at it all the time and are totally blasé. Others dabble. Some are household names, some are ambitious young MPs and officials, but all of them risk throwing away their careers. They think they are untouchable, protected by their friends in the bubble. It’s shocking but also sad. Lots of them need help.”

Tory MP Charles Walker, who chairs the administration, said the issue would be discussed by the House of Commons Commission next week – and said sniffer dogs could be deployed.

“The House of Commons has a long history of using sniffer dogs to detect explosives,” he said. “It may be that we now need to broaden the range of sniffer dogs … to include those which can detect drugs.”

Related: Countries have stockpiled ‘more Covid vaccines than they can use’