The business secretary said he would review power firms' operations amid ongoing outages. 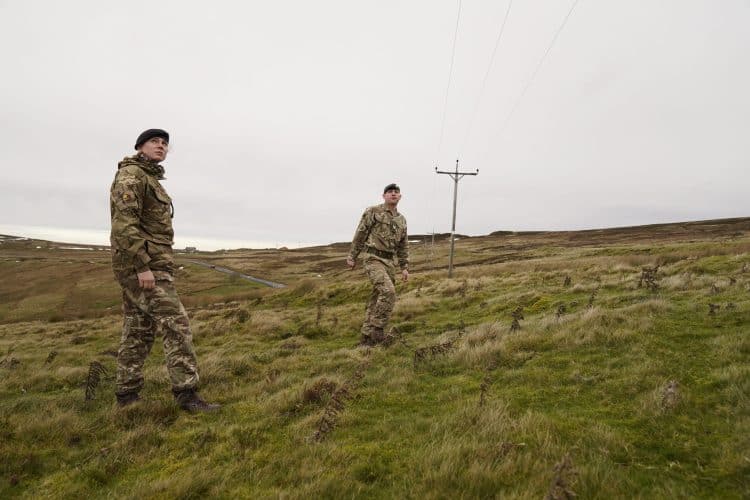 It comes as the Energy Networks Association (ENA) said that 3,190 homes were still waiting to be reconnected as of 2pm on Sunday. This was down from 4,025 homes on Sunday morning.

The majority of the impacted homes were in the north-east of England, the ENA added.

Mr Kwarteng visited the North East on Sunday to survey the damage done by the storm.

During a visit to a Northern Powergrid call centre in Penshaw near Sunderland, Mr Kwarteng told the PA news agency: “I think we can make the system a lot more resilient.

“I had an experience on August 9 2019 when a million people in the South East were commuting and they had a power outage.

“Immediately after that we had a review and we looked at the system and we held the transport and train companies’ feet to the fire and we have got a more resilient system.

“That’s exactly what I want to happen this time.

“We will have a review, we will see if the distributor companies have enough infrastructure, we may even have enforcement action if necessary.”

Speaking at the call centre, Mr Kwarteng said: “I don’t accept that (the power cuts would have been resolved quicker in the South).

“The physical infrastructure, lay out and landscape is very different.

“One of the particular reasons why we haven’t got people back on the power supply is the weather conditions and they are very challenging (with) people in sparsely populated, very rural areas, and that represents a challenge.”

It comes as weather warnings are in place for much of the UK on Tuesday.

Yellow wind weather warnings are in place across England, Wales, and Northern Ireland, with yellow snow warnings in place in Southern and Western Scotland.

On Saturday, gusts of between 35 to 50 miles per hour battered the country overnight, with temperatures plummeting to below zero in parts of Scotland.

As well as weather warnings, the Met Office predicts further wet and windy weather heading into next week, with poor weather conditions continuing in areas already impacted by Storm Arwen.

Met Office meteorologist Rachel Ayers said: “It will be a relatively nice day today, but overnight tonight it will be windy.

“Temperatures, with the wind and cloud cover, should stay up tonight.

“That should help things a little bit, but we are expecting some more changeable and unsettled weather.

“This unsettled weather isn’t going to help areas that have been impacted by Storm Arwen too much.”

The Ministry of Defence told PA that 297 personnel from the British Army and Royal Marines were still providing support to civil authorities and conducting door-to-door checks on vulnerable people on Sunday morning.

On Saturday, Boris Johnson said he had held calls with those leading the response to Storm Arwen and the Government was ready to further support the recovery work “in any way we can”.

The long delays have prompted energy regulator Ofgem to warn it will take enforcement action against network companies who failed to restore power to customers quickly enough.

It has also agreed with firms to lift the £700 cap on compensation which could be offered to those stuck without power.

The change will allow those affected to claim £70 for each 12-hour period they have no electricity, after an initial £70 for the first 48 hours of any cut.