Demand has dipped below supply, the head of the world's largest vaccine manufacturer warned. 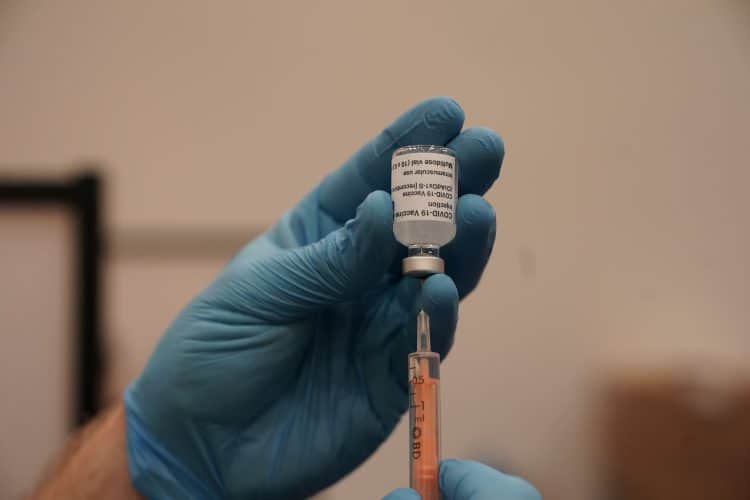 The world has stockpiled more Covid vaccines than it can use, according to the globe’s largest manufacturer of jabs.

Adar Poonawalla, chief executive of the Serum Institute of India, warned that stocks may expire because demand has dipped below supply.

Gordon Brown last week said the West’s “arithmetic of failure” on delivering vaccines was “embarrassing”, while Prince Harry on Wednesday said vaccinating the world is a “test of our moral character” and bemoaned a “spectacular failure when it comes to global vaccine equity”.

But Poonwalla – whose plant in Pune produces 280 million doses of Covid vaccine each month – said vaccines were ready to be delivered, but even vulnerable countries are not placing orders.

“It’s a combination of vaccine hesitancy and nations not coming forward and placing orders in the way in which they claim they would, particularly the African nations,” he said.

“I’m happy to say that on record and I hope they read it because maybe they’ll get activated and do something about it.

“Everywhere I hear the World Health Organisation and others talking about vaccine inequality, but the African nations are refusing to place orders.

“We’ve barely got 20 million doses worth of orders from the African nations. They’re going very slow, claiming that they’re waiting for donations from the US and other reasons. So there’s a bit of a disconnect.”

Poonawalla said: “We’ve got so much vaccine now that we’ve got more than we can vaccinate on a monthly basis in India. The concern is very much that in a month or two shelf life could be an issue.”

The same problem was being replicated across the world, he warned, with countries struggling to shift their stock.

“It has completely reversed,” he said. “There is more supply, in the short term, than countries can absorb on a monthly basis. I don’t think there’s a single country that needs more vaccine but can’t get it. It’s just a matter of them being able to put those jabs in arms.”

Just 246 million of 384 million doses delivered to African countries have been administered, according to health data firm Airfinity. A third of the continent’s deliveries remain in storage.

Britain, by contrast, has administered 117 million of the 141 million doses it has had delivered – 83 per cent of the total.

It comes as a UK government science adviser warned it is “too late” to halt the spread of the Omicron variant.

On Saturday, it was announced all travellers arriving in England will be required to take a Covid-19 pre-departure test from Tuesday – while Nigeria is being added to the travel red list.

Ministers said the extra test was intended to be a temporary measure following new data showing an increase in the number of cases of the new strain linked to foreign travel.

‘The horse has bolted’

But Professor Mark Woolhouse, who is a member of the Scientific Pandemic Influenza Group on Modelling (Spi-M) which advises the government, said the measures would not make a “material difference” as the variant is already “spreading pretty rapidly”.

He told BBC One’s Andrew Marr Show on Sunday: “I think that may be a case of shutting the stable door after the horse has bolted.

“The cases that are being imported are important, we want to detect those and isolate any positive cases we find, as we would for any case anywhere.

“But I think it’s too late to make a material difference to the course of the Omicron wave, if we’re going to have one.”