Oh this is brilliant. 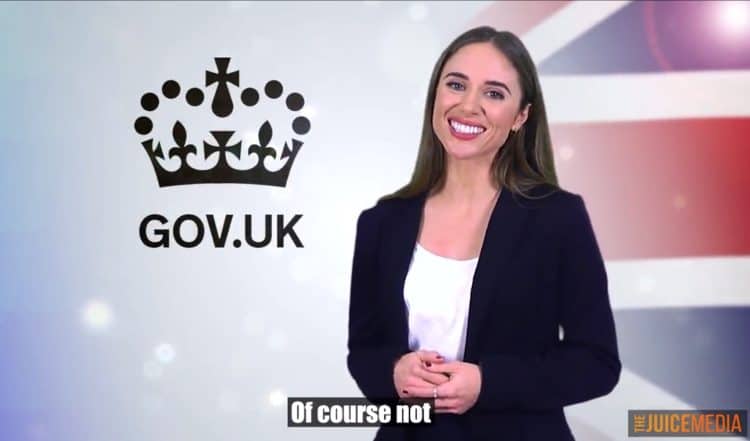 An ‘honest’ ad from The Juice Media has put the spotlight on the UK government – prompting a viral response.

The Australian satirists laid into the Conservative administration following news that sewage was being discharged into the sea at a shocking rate.

“Hello I’m from the British Government with a message to the nation as it clings like a desperate turd to the edge of the shitter,” the ad begins.

The comedians then focus on the cost-of-living crisis before taking aim at Liz Truss, who they describe as a “stunned mullet” who has been trained to utter “populist wank”.

They say “we’d like you all to pretend that this is a brand new government, not the exact same one that’s fucked you sideways into a full-blown state of social, economic and ecological collapse.”

Before concluding: “Now get back to work Britain, our tax havens and freeports aren’t going to pay for themselves, you pieces of shit”.

Watch the ad in full below: