"She’s made it all the way to the Today Programme blissfully unaware of her own Government’s tobacco policy," Wes Streeting said. 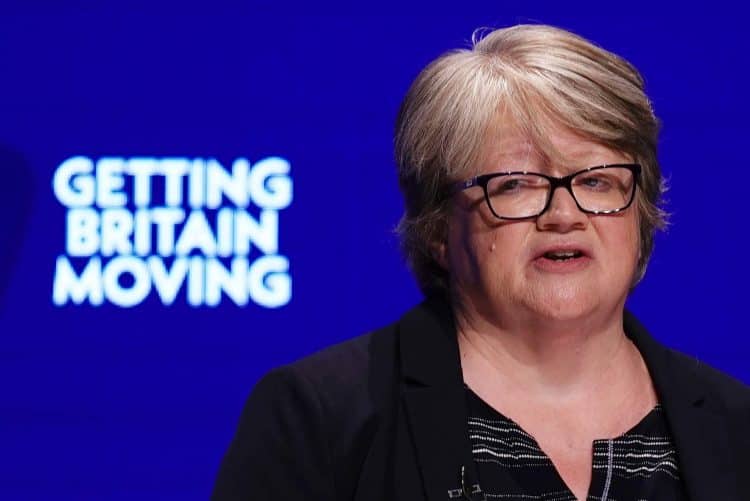 Labour has accused Health Secretary Therese Coffey of being “clueless” after she was unable to say whether she is scrapping a plan to get England smoke free by 2030.

Ms Coffey, the Deputy Prime Minister who is partial to a cigar, said on Tuesday she is “not aware” whether the target to get the adult smoking rate down to 5% or under has been axed.

The Government promised to publish a tobacco control plan “later this year” but the Guardian said ministers are expected to break the commitment.

Ms Coffey was unable to say whether this is the case or not, instead saying her priority is on her “ABCD” – ambulances, backlog, care, doctors and dentists – ambitions.

“I’m not aware any target has been scrapped. My focus right now is the ABCD,” she told Sky News.

Her Labour shadow Wes Streeting said: “The Health Secretary is ‘unaware’ of a major plank of her own Government’s health policy because she spends little time in her own department and most of her time firefighting in Number 10.

Leading medics said the Department of Health and Social Care will miss its target unless further action is taken.

Ms Coffey, who has been heading the department for a month, told LBC radio she did not know if the nation is on track “because I haven’t looked into this specific prevention policy”.

She would not say whether she is personally committed to the policy, saying: “I’m a Government minister so if that’s Government policy today then that’s what I agree with. I don’t have personal views on these sorts of matters.”

Ms Coffey’s voting record shows she has been against measures to reduce smoking, including banning lighting up in cars containing children.

Asked why she did not support that measure, she told LBC: “Probably because I didn’t think it’s the right thing to be doing to be telling parents to be handling the situation.”

She was unaware of whether the law had changed, which it had, to make it illegal to smoke in cars carrying under-18s.

Smoking causes nearly one in five cancer cases and more than one in four cancer deaths each year in the UK.

In June, a major review led by Dr Javed Khan said smoking should be banned in outdoor spaces such as beer gardens, cafe pavements and beaches.

The Government-commissioned review said ministers will not meet the smoke free target by 2030 without urgent reforms being brought in.

A Department of Health and Social Care spokesman insisted “no decisions have been taken” over the target.

“We are currently considering the wide range of recommendations set out in the Khan review and how best to take these forward. We will set out our next steps for the plan in due course,” he added.