The Health Secretary insisted that legal cases about transparency returns were ‘second order’ to saving lives. 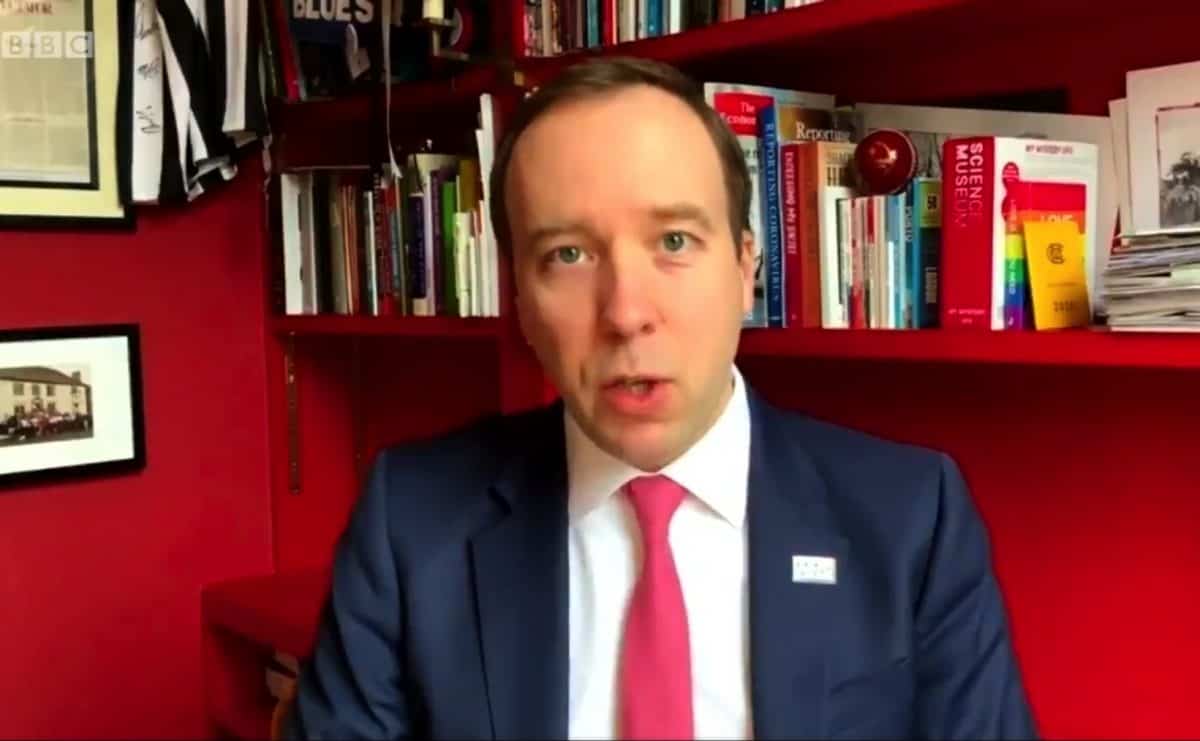 Matt Hancock has declined to apologise after the High Court ruled the Government unlawfully failed to publish details of billions of pounds’ worth of coronavirus-related contracts.

The Health Secretary has faced calls for greater accountability after a judge said he did not publish redacted contracts in accordance with the transparency policy.

However, Mr Hancock insisted legal cases about transparency returns were “second order” to saving lives and said his officials had been working long hours to procure PPE instead.

He told BBC One’s The Andrew Marr Show: “People can make up their own view about whether I should have told my team to stop buying PPE and spend the time bringing forward those transparency returns by just over a fortnight.

“Or whether I was right to buy the PPE and get it to the front line. You tell me that that is wrong. You can’t. And the reason you can’t is because it was the right thing to do.

#Marr asks Health Secretary Matt Hancock if he would apologise for acting unlawfully over not revealing Covid pandemic contracts within a 30 day periodhttps://t.co/7MmEcui7Xd pic.twitter.com/mwQdFKF9kz

“It is about doing the right thing”

“There is no health secretary in history who would have taken the view that they needed to take people off the project of buying PPE in order to ensure that nine months later the Health Secretary didn’t have a slightly bumpy interview on the Marr programme.

“It is not what it is about, Andrew (Marr), it is about doing the right thing.”

He earlier told Sky’s Sophy Ridge on Sunday that he would publish what is legally required and said that on average the contracts had been published “just over a fortnight later than they should have been”.

“My officials, with my full support, spent every waking hour buying PPE so that even though we came close we never actually ran out of PPE in this country – and they did that even though the paperwork got delayed by, on average, just over a fortnight.

“That’s what the court found and I – and I think any secretary of state in my position – would absolutely back my officials in doing the right thing and saving lives.”

“The court has found it unlawful”

His comments came as shadow justice secretary David Lammy told the BBC that Mr Hancock “should publish the contracts because the court has found it unlawful”.

“He should cancel the temporary scheme that he has been using without any accountability or any transparency. He should come to Parliament on Monday and explain what he is going to do.

“It is outrageous, frankly. This is the sort of behaviour – giving contracts to your pub landlord and your best mate – that you would expect in a banana republic.”

Labour leader Sir Keir Starmer did not call for Mr Hancock to resign in an interview with Sky.

The government must clean up the cronyism and waste marring contracting.

The Health Secretary cannot simply brush off the court ruling about him this week.

I have written to him with six urgent questions that must be answered. https://t.co/mIpNhp9KsA

Shadow Cabinet Office minister Rachel Reeves has written to the Health Secretary asking him to commit to “publishing all outstanding contracts, winding down emergency procurement powers and reintroducing tendering”.

She said: “Matt Hancock cannot simply brush off this court ruling. He must commit to cleaning up the cronyism and waste that has marred government contracting during the pandemic.”

At a hearing earlier this month, the Good Law Project and three MPs – Labour’s Debbie Abrahams, the Green Party’s Caroline Lucas and Liberal Democrat Layla Moran – argued there had been a “dismal” failure by the DHSC to comply with the obligation.

They also claimed the Government was breaching its own transparency policy, which requires the publication of details of public contracts worth more than £10,000.

In a ruling on Friday, Mr Justice Chamberlain said: “There is now no dispute that, in a substantial number of cases, the Secretary of State breached his legal obligation to publish contract award notices within 30 days of the award of contracts.

“There is also no dispute that the Secretary of State failed to publish redacted contracts in accordance with the transparency policy.”

The judge said that the obligations to publish details of such contracts “serve a vital public function and that function was no less important during a pandemic”.