A boardroom coup being staged by the “gunslinging grandpas”. 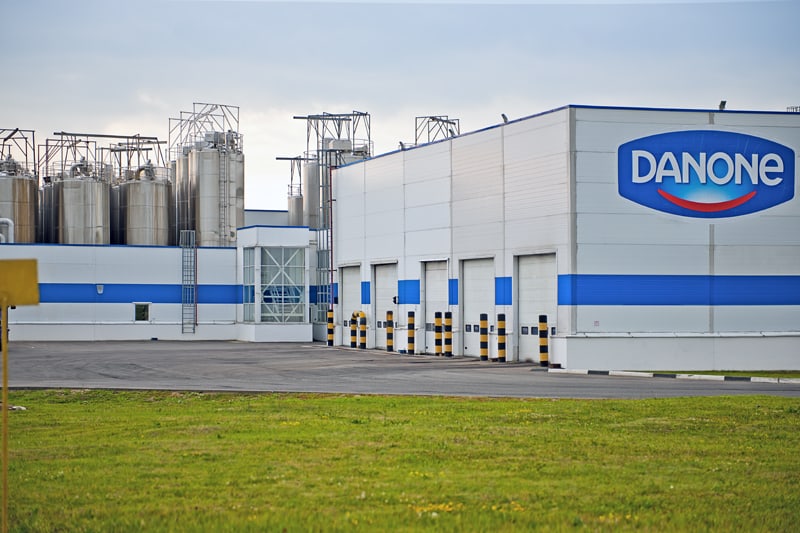 Danone CEO Emmanuel Faber might be the most embattled CEO in Europe at the moment, with a troika of activist funds clamouring for his demotion or departure and a board seemingly unwilling to come to its CEO’s defence. While most boardroom battles between CEOs and activist investors boil down to questions of “shareholder value,” a very different dynamic is in play at the French food industry champion.

That is because Emmanuel Faber, unlike many of his executive counterparts, has gone out of his way to pursue a social mission for the company, directly challenging those who think a corporation’s only objective should be the pursuit of profit. With Danone’s recent performance now lagging amidst the disruption of the pandemic, some of those same forces – with an assist from advisers such as former Danone executive Jan Benninck – see an opportunity to turn back the clock on the revolution Faber has strived to bring about in corporate thinking.

What a difference a year makes

Less than 12 months ago, Emmanuel Faber had the support of 99 per cent of Danone’s shareholders when he proposed a new direction in the company’s culture. The plan to become a “purpose-driven company” was meant to strengthen Danone’s leading position in the broader market trend towards responsible capitalism, in which companies are concerned not only with increasing profits for investors but also with the welfare of their employees and the future of the planet.

Under Faber, Danone has become a leader among conscientious companies, undertaking a broad-based move away from GMO ingredients and towards plant-based products, as well as substantial investments in order to reduce the company’s environmental footprint and align with corporate standards such as B Corp. In August 2019, French president Emmanuel Macron tasked Faber with leading a coalition of 34 multinational companies devoted to tackling inequality and promoting diversity.

Less than a year on, Faber’s battle for a more ethical business landscape is in danger, with pressure from a group of activist shareholders including Bluebell Capital, Artisan Partners, and Causeway Capital Management amplifying the voices of shareholders and executives who accuse the CEO of caring more about the planet than the company’s profits.

Since the start of the pandemic, Danone’s sales have fallen behind those of competitors such as Nestlé, Proctor and Gamble, and Unilever, a discrepancy explained by the impact on Danone’s core bottled water business of the bar and restaurant closures still in force in many of its key markets. The activist campaign against Faber is receiving a critical assist from former Danone insiders such as Jan Bennink, an adviser for Artisan Partners.

Last week, Bennink presented a plan to increase Danone’s profitability by selling off underperforming brands and removing Faber from the CEO position, a position Benninck claims he does not want – but which his counterparts at Bluebell do have candidates in mind for. US-based Artisan, whose three per cent stake in Danone makes it the company’s third-largest shareholder, has also hinted at a broader overhaul of the company’s board over the next few months.

At least some members of Danone’s board appear to support the activist campaign. They include Franck Riboud, former CEO and son of the group’s founder, who now holds the position of honorary chairman and who once declared Faber to be his “spiritual son”. Under pressure from Artisan and its allies, he has kept noticeably silent on the matter, signalling a break with Faber’s vision for the company.

Even if his predecessor and mentor is looking to abandon him, the embattled CEO does still enjoy vocal support from the other end of the corporate spectrum. Though he was forced to announce a downsizing plan last year, Danone’s employee unions have rallied in support of Faber and against the activist initiative to remake the C-suite.

Appearing on French television, Laurent Berger of the CFDT (France’s largest trade union by number of members) insisted Danone’s losses were directly attributable to the closure of bars and restaurants and warned against destabilizing the company’s leadership during a delicate moment. As Berger put it plainly: “the employee representatives say this isn’t the time, and I support them.”

Another of France’s major unions, the FGTA-FO, has taken a similar stance. In a communiqué published last week, the organisation described how “activist funds are trying to impose on Danone their business model, based only on short-term financial profits and carrying the risk of imminent, serious repercussions on jobs – if not the dismantling of the entire group.” These unions, and the Danone employees they represent, fear Emmanuel Faber’s efforts to turn Danone into a flagship company for inclusive capitalism will give way to the tried-and-true method activist investors typically prefer for “creating value”: layoffs.

For those inside and outside the company who are reticent about the potential consequences of a sudden change at the top, the 2020 annual results announced last week offer cause for optimism. Danone’s dairy business, the company’s lodestar, only suffered a 2.6 per cent drop in sales despite the massive disruptions of the pandemic, buoyed by the plant-based product lines Faber has been focused on developing. Unlike competitors Unilever and Nestlé, Danone’s share price has been steadily recovering over the past few months, with the Danone CEO promising a return to profitability in the second half of this year.

If, between now and then, the boardroom coup being staged by the “gunslinging grandpas” succeeds, any additional profit raked in by investors in the short term could come at considerable expense to the idea of responsible capitalism in the long term.