The findings come as an FOI request revealed thousands of nurses have left the UK since the Brexit vote. 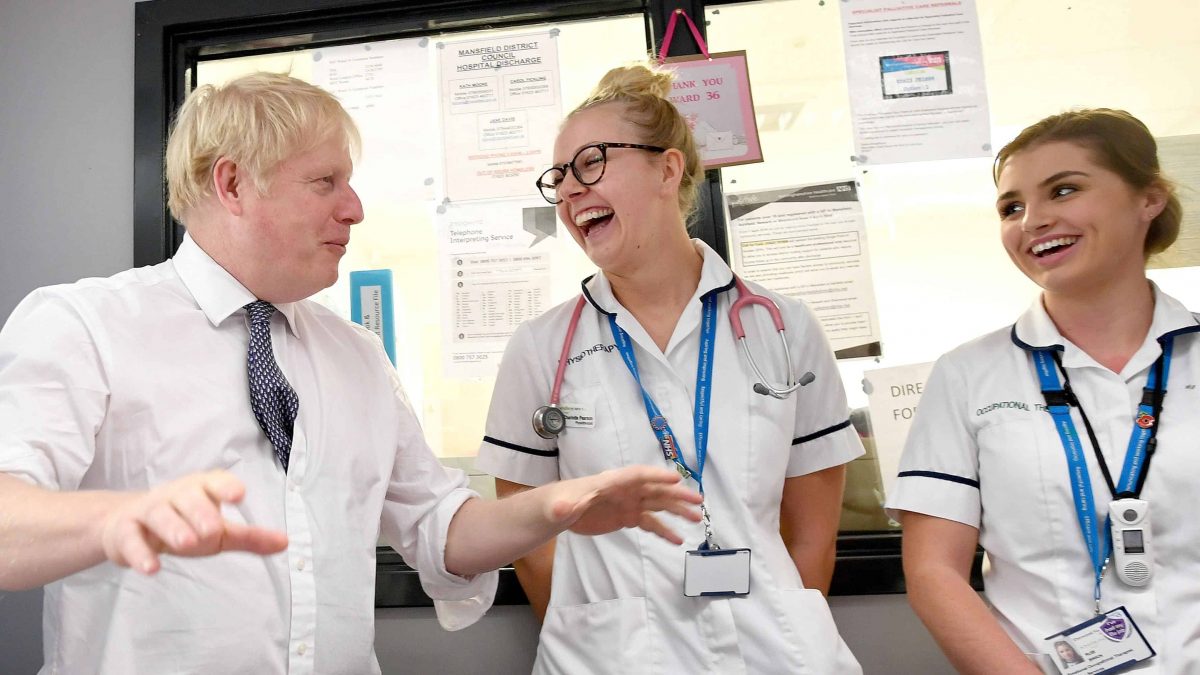 Half of the extra 50,000 nurses promised by the Conservatives would need to be recruited from overseas, health experts have said.

The Tories have pledged an extra 50,000 NHS nurses in a bid to plug the existing vacancy gap, which currently stands at more than 43,000.

The Conservative manifesto also reintroduces a nurse bursary – which the Government had scrapped – worth £5,000 to £8,000 per year.

Labour has said it will recruit 24,000 extra nurses and has pledged to reinstate NHS student bursaries worth £20,000 a year in maintenance and support.

The Tory manifesto also says there will be 6,000 more doctors in GP surgeries and 6,000 more primary care staff such as physiotherapists and pharmacists.

But Dr Jennifer Dixon, chief executive at the Health Foundation, said that “even with major improvement in training, recruitment and retention, we have projected that almost half of the 50,000 nurses promised would have to be recruited from other countries.”

She added: “This will be challenging and means migration policy must not be a barrier.

“And with the number of qualified permanent full-time equivalent GPs having decreased by around 5% since the last target was set, there must be realism about what can be achieved in the timescales set out.”

Speaking to the BBC on Sunday, Mr Hancock said the extra 50,000 nurses would be brought in over the parliament through “a combination of training and extra university places, also nurse apprenticeships which allow people to train as they work, and there will be some recruitment from overseas with our new NHS visa”.

On nurse bursaries, he declined to say they should never have been scrapped but said there was a need to provide “incentives”.

Our expectations for the next UK Government are clear. They must put an end to nursing shortages, invest in patient care and invest in the nursing staff we need to provide a world class health and care service. Read our manifesto for change: https://t.co/oNhwZqZ51V #nursingcounts pic.twitter.com/lx04oPJNF2

“It is unfair on staff and inappropriate for patients to try to plug this gap with other staff.”

She said “more detail” was needed on where the 50,000 nurses would come from, adding: “The emphasis must be firmly on growing the domestic workforce, as while we welcome nursing colleagues from around the world, an over-reliance on international recruitment is neither sustainable nor ethical in the long-term.”

And she said money was needed for tuition fees for trainee nurses, not just cost-of-living grants.

In response to criticism from Labour, the Tory manifesto also says: “When we are negotiating trade deals, the NHS will not be on the table.”

Regarding hospital parking in England, it will become free for people with disabilities, frequent outpatients, parents of sick children staying overnight and NHS staff working night shifts. Parking is already free in Scotland and Wales.

The Tories also pledged to cut NHS waiting times for operations and A&E wait times – both of which are currently at the worst ever level – and improve cancer survival.

And, as previously announced, there will be an extra £1 billion a year for social care and a promise of cross-party working, 50 million extra GP appointments per year – a rise of 15% on current levels – and £34 billion more per year in cash-terms NHS funding by 2023/24.

The Tories also reiterated their commitment to 40 new hospitals – which has come under fire after only six were allocated full funding – and to sort out NHS pensions, which have led to rising waiting lists as senior doctors cut their hours in the face of hefty tax bills.

Dr Dixon said: “The absence of any clear policy on social care in today’s manifesto is a shameful omission for a party that’s been in power for nearly a decade.

“After nearly one thousand days since a green paper was announced and one hundred days since Boris Johnson promised to fix social care once and for all on the steps of Downing Street, this can only be described as a wasted opportunity.”

The IFS said: “Spending in 2023-24 would be 2.3 per cent higher under Labour’s plans than under those currently set out by the Government.”