She has previously brought legal cases against the Government over Brexit. 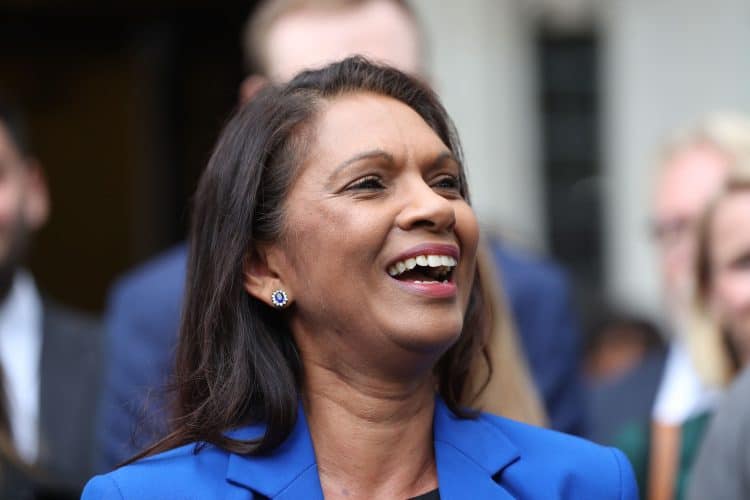 Anti-Brexit activist Gina Miller has launched a new political party aimed at opposing what she calls the “elective dictatorship” in Westminster.

At the sparsely attended launch of the True and Fair Party at the QEII Centre on Thursday, Ms Miller said it was time for change, hitting out at both the Tories and Labour.

And she promised to clean up politics and push for a constitutional overhaul.

Ms Miller, who has brought legal cases over Brexit, said there had been an “erosion of trust” in the political system.

And she said: “It is time for a new approach to politics. I hope that many people around the country will want to join the True and Fair Party to bring real and meaningful change.”

Ms Miller said polling had found 66% of people would consider voting for a new political party.

She added: “Whatever people may say about me – and they’ve said quite a few things over the years – I get results.”