But Brandon Lewis insisted that the PM's apology was "very sincere". 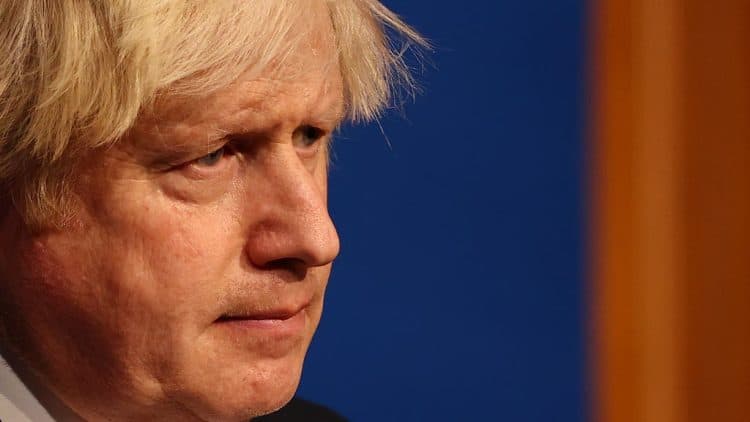 Boris Johnson does not believe he broke Covid rules by attending a boozy party in the Downing Street garden – but his apology was still “very, very sincere”, Northern Ireland secretary Brandon Lewis claimed.

The prime minister told MPs on Wednesday he believed he was at a “work event” when he attended what his own principal private secretary called “socially distanced drinks”.

Lewis told Sky News: “The prime minister has outlined that he doesn’t believe that he has done anything outside the rules. If you look at what the investigation finds, people will be able to take their own view of that at the time.”

A number of senior Conservatives – including Scottish Tory leader Douglas Ross and backbencher William Wragg – have called on Johnson to resign.

And a number of cabinet minister – including Rishi Sunak, the chancellor – were sluggish in declaring their support for Johnson, with Sunak eventually tweeting that he deserved “patience” until civil servant Sue Gray had submitted her report on the lockdown gatherings.

But Lewis denied that Sunak, who was in Devon when Johnson made his apology in the House of Commons on Wednesday, had been lukewarm in his backing. “I have seen Rishi working with the prime minister. They work absolutely hand-in-hand. I know that Rishi has got support for the prime minister,” he said.

Some reports have suggested that Johnson was unrepentant when speaking to colleagues after his apology, but Lewis insisted he was “very, very sincere”.

He told BBC Radio 4’s Today programme that the prime minister had “made it very clear that, with hindsight, he regrets doing what he did in going out and not just straight away telling the staff to go back in but thanking the team for the work they were doing.

“He does recognise the anger and upset and frustration that people feel at what they perceive happened at No 10. He recognises that and takes responsibility. Anybody who looks at what he said at the dispatch box yesterday will clearly be able to see that was very, very sincere.”