If NHS staff gathered in their office car park and smashed back the beers during the pandemic, they would have been vilified. 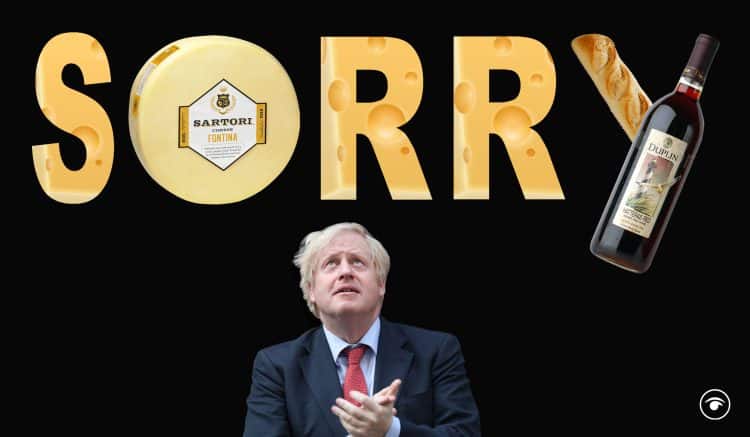 It started with a (forced) apology, of sorts. The prime minister admitted he was at the BYOB event for 25 minutes at the start of today’s PMQs.

He said he didn’t realise it was a party, giving it his best little lost boy routine. Perhaps if he didn’t have time to leer over a parliamentary researcher it doesn’t count as a good night out in his mind.

We have all been to some bad parties, but none so bad that I’ve thought I was still actually at a work meeting.

But that was about it from the PM, we have to wait for Sue Gray, the Winston Wolf of politics, it seems, to report on the events of that evening. Kicking the beer can down the road.

Why did he wait this long to make this pathetic apology? Is it because he feels it is his moral duty or has he been found out? It doesn’t even warrant an answer.

You do wonder why the hundred people who were invited and/or attended didn’t bother to mention it over the past two years though.

It was humiliating for Johnson, he even said with hindsight the bash was a bad idea. He has been calling the Labour Leader captain hindsight during the entire pandemic.

Starmer told the PM that if he had broken ministerial guidance he must resign, so it’s well worth watching this video.

If NHS staff gathered in their office car park and smashed back the beers during the pandemic, they would have been vilified.

You can tell Johnson is hoping he could get off on a technicality, but in a similar fashion to Prince Andrew the dirt won’t wash with the public. It is now just about whether they are stripped of their roles or they do the decent thing and stand down – but don’t hold your breath on either.

To nobody’s surprise, the chancellor was not sitting next to the PM today, he had a very important meeting at a pharmaceutical plant in Ilfracombe…

One time he was definitely next to the PM was when he lived at Number 11 when that party (and other illegal events were) going on.

It’s a relatively small terraced house, on a tiny street, you wouldn’t miss one hundred people in your back garden having a drink, and people always get more rowdy at BYOB events.

But it wasn’t just Sunak who has vanished from the front bench, Anne-marie Trevelyan is busy selling arms to India and no Minsters did the media rounds this morning.

So which client journalists knew about it? Laura Kuenssberg had a direct line to Dominic Cummings, by his own admission, for example.

How many police officers had to carry out the sozzled Tarquins’, Tabithas’ and Hugos’ to their Uber’s on Whitehall, back to Clapham South and Battersea, and other Sloaney slums I’d advise you to avoid.

The last-ditch argument will be that the staff were stressed dealing with the pandemic, thought they were above the law, and deserved to let off some steam.

I promise you we were more stressed at home, adhering to the law, due to their total Covid ineptitude.

You didn’t see any ICU doctors having a knees-up after a shift watching people die, gasping for breath and their families.

No, they went home and cried, exhausted knowing they would be facing the same trauma in a few short hours.

So as the poor party attendees woke up with sore heads, What’sApping each other (soon to be deleted messages) about what fun they had, NHS staff put on whatever shoddy PPE they eventually been given, and headed into the gates of hell hoping to see their loved ones again.

Bringing out the dead as they brought their own bottles at Downing Street.

Peter Stefanovic’s video about today’s PMQs is also well worth a watch.

He tweeted: “Boris Johnson’s statement to Parliament on the NO 10’ “bring your own booze” lockdown party was filled with so much bull**** it could fertilize a field! If you are still in any doubt the Prime Minister is taking the country for fools watch this!”