Sir Geoffrey said it was "beneath the dignity" of MPs to try and shut down money laundering loopholes. 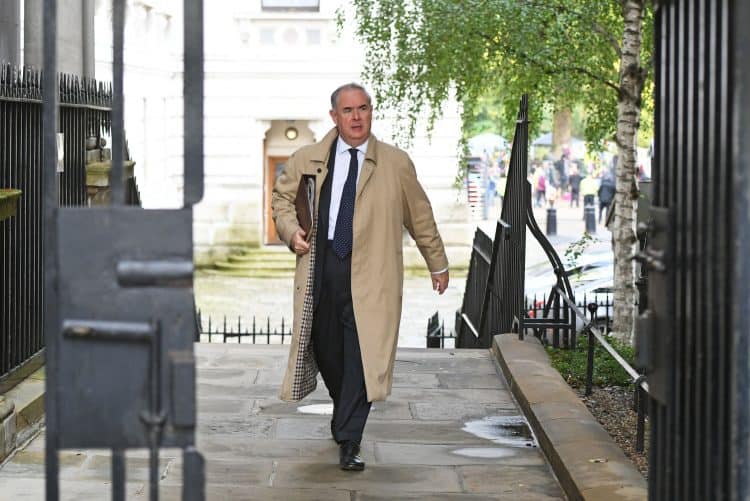 The senior Tory MP whose work for a tax haven sparked a fresh sleaze scandal argued in parliament against measures to shut money laundering loopholes.

Sir Geoffrey Cox earned close to £1 million from a second job representing the British Virgin Islands (BVI) in a corruption inquiry – established by his own Tory colleagues in the UK government.

But in a 2018 parliamentary debate on the Sanctions and Anti-Money Laundering Bill, Cox – the highest-earning MP since he was first elected in 2005 – said it was “beneath the dignity of this Parliament” to try and close tax haven loopholes, according to The Independent.

The former attorney general, who has spoken in the House of Commons once since being sacked from Boris Johnson’s frontbench in February 2020, argued that British overseas territories had been given “responsibility for the governance of their financial and economic affairs” – and that the UK should not interfere.

Cox undertook hundreds of hours of legal work for unknown clients in 2018 – including through international firms.

Cox spent April, May and June in the Caribbean this year defending British Virgin Islands ministers, using pandemic-era exemptions to vote in the Commons by proxy.

But the QC, in a statement issued on his website, defended his decision to work with the islands – offering legal advice that could earn him more than £1 million this year on top of his £81,900 MP salary – and said he would co-operate with any investigation into his conduct.

A statement from Sir Geoffrey’s office said: “As for the allegation that he breached the parliamentary code of conduct on one occasion, on September 14 2021, by being in his office while participating in an online hearing in the public inquiry and voting in the House of Commons, he understands that the matter has been referred to the Parliamentary Commissioner and he will fully co-operate with her investigation.

“He does not believe that he breached the rules but will of course accept the judgment of the Parliamentary Commissioner or of the committee on the matter.”

‘Beneath the dignity of Parliament’

In the 2018 debate about tax loopholes, Sir Geoffrey asked a Labour MP what she would say to “the 50,000 or 60,000 inhabitants of the Cayman Islands, who were given a constitution in which the responsibility for the governance of their financial and economic affairs was solemnly conveyed to them by this Parliament?”

He claimed that “the measure she is supporting will require that constitution to be amended so that the section that conveys on them the power to make their own orders in these affairs will have to be removed”.

Cox added: “In 2009, we gave the people of the Cayman Islands a solemn pledge in this House. We said, ‘We will not legislate for you in these areas of public responsibility without your consent.’ By this measure today, we are breaking that promise to them, and it is beneath the dignity of this Parliament to do away with that promise and that pledge of good faith.”