The ex-justice secretary warned that even if Johnson wanted to extend the transition period to negotiate a new free trade deal with the EU, he would be unable to do so. 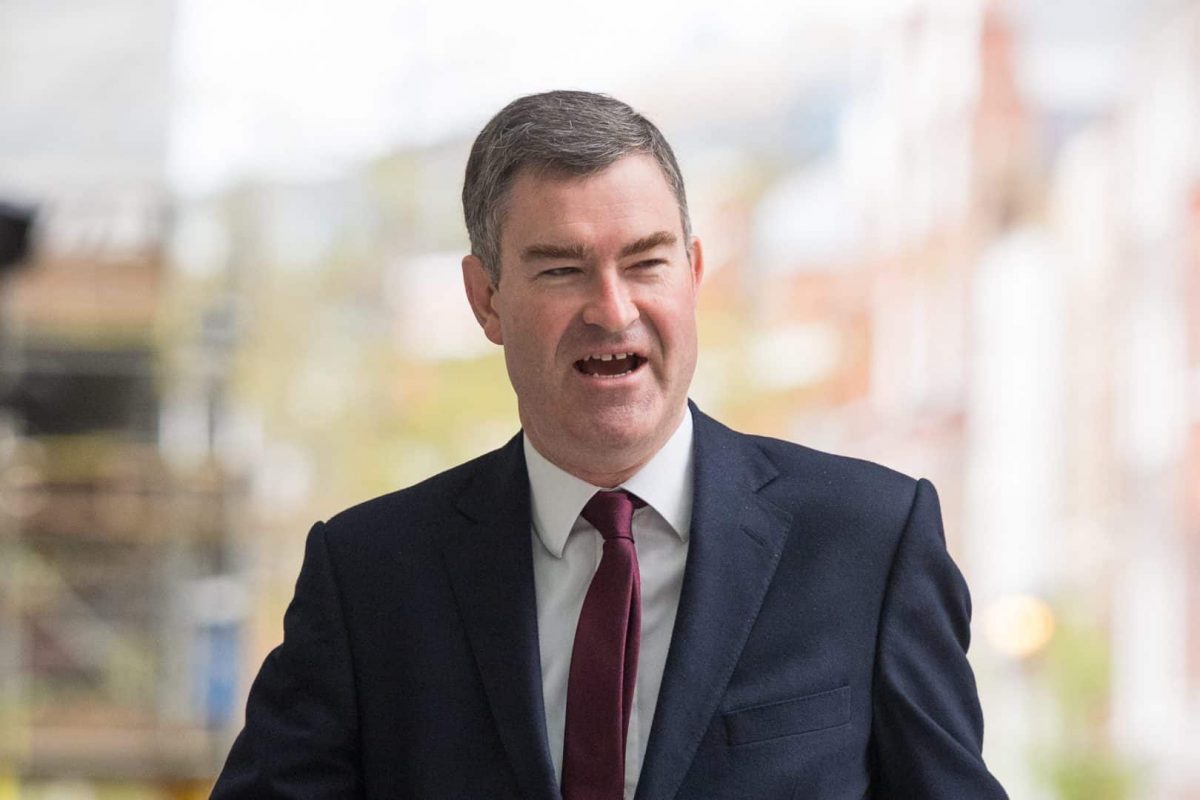 A former Tory Cabinet minister has warned a Conservative majority at the General Election will result in a “disastrous” no-deal Brexit.

David Gauke, the former justice secretary, who had the Tory whip withdrawn by Boris Johnson after voting to prevent a no deal Brexit, confirmed he would now be standing as an independent in South West Hertfordshire – the seat he has held since 2005.

He said he feared if Boris Johnson was returned with an overall majority it would lead to Britain leaving the EU at the end of the transition period at the end of 2020 on World Trade Organisation (WTO) terms.

“A Conservative majority after the next General Election will take us in the direction of a very hard Brexit,” he told the BBC Radio 4 Today programme.

“In all likelihood at the end of 2020 we will leave the implementation period without a deal with the EU, on WTO terms, in effect on no-deal terms, that I believe would be disastrous for the prosperity of this country – whole sectors would become unviable.”

Mr Gauke said that even if Mr Johnson wanted to extend the transition period in order to allow more time to negotiate a new free trade deal with the EU, he would be unable to do so.

“I think in reality the Prime Minister is so boxed in that the Conservative Party would not allow him to extend the implementation period even if he wanted to – and he shows no signs of wanting to do so,” he said.

Mr Gauke said he did not identify as a Lib Dem, but suggested that Tory supporters could consider voting for them in some parts of the country.

His intervention came as Mr Johnson was preparing to deliver a campaign speech appealing to voters to deliver a Conservative government so they can finally get Brexit done.

“If we can get a working majority we can get Parliament working for you, we can get out of the rut. We can end the groundhoggery of Brexit,” he will say.

“It’s a hypothesis which has been put by people who have consistently… sought to raise bogies and to make people’s flesh creep,” he told the Today programme.

Mr Gove, who is in charge of the Government’s no-deal preparations, said a working majority for the Conservatives in the new parliament is the only way to end the “paralysis” over Brexit.

Michael Gove also sought to quash reports of Conservative racism by denying he had promised an independent investigation into islamophobia in the Tory Party by the end of the year. But the Today Programme producers found the clip of his broken promise made on the show earlier in the year.

The row comes as a Lib Dem candidate announced he was standing down in a key marginal seat to avoid splitting the Remain vote.

Tim Walker was due to contest Labour-held Canterbury but said he had asked his local party to withdraw his nomination papers as he wanted “no part” in allowing a Tory Brexiteer to win the seat.

The Green Party in Chingford and Woodford Green have also stood aside to give Labour’s Faiza Shaheen the best chance of unseating Conservative bogeyman Iain Duncan Smith.

Labour, meanwhile, is focusing on health with a promise to boost funding by £26 billion if the party enters government, as part of a “rescue plan” for the NHS.

Shadow chancellor John McDonnell and shadow health secretary Jonathan Ashworth will announce the proposals to end the “Tory NHS crisis” in a speech at the Royal Society of Medicine.

They are expected to pledge an annual average 4.3% funding increase for health spending over the next four years, funded from Labour’s proposals to reverse corporation tax cuts and making sure the very richest in society pay their taxes.

Giving Boris Johnson half a chance would prevent a second referendum happening, insisted Nigel Farage, though the Brexit Party candidates who had paid to stand and were now stood down accused Farage of selling out the country as he had been offered a peerage by the Tories.

Ian Lavery, Labour Party Chair, warned: “This is a Nigel Farage and Boris Johnson alliance with Donald Trump to sell out our country and send £500 million per week from our NHS to US drugs companies.

“We urge voters to reject this Thatcherite 1980s tribute act, which would lead to more savage Tory attacks on working class communities. Our NHS is not for sale.“

But the Tory Party face a harder time in urban seats and in the South with opposition parties determined to claim some big scalps like Iain Duncan Smith in Chingford and Woodford Green or even the PM Boris Johnson in Uxbridge and South Ruislip.

A major problem is the split in pro-Remain and confirmatory referendum parties now Farage is endorsing the Tories to Brexit supporters despite previous comments about how disastrous Johnson’s deal would be.

Remain United has also used polling data, working with Electoral Calculus and ComRes to identify the most tactical vote to stop a Tory landslide victory. Both have tactical voting guides.