The US President also explained that Boris Johnson’s Brexit deal would prevent the UK negotiating better trade deals outside the EU. 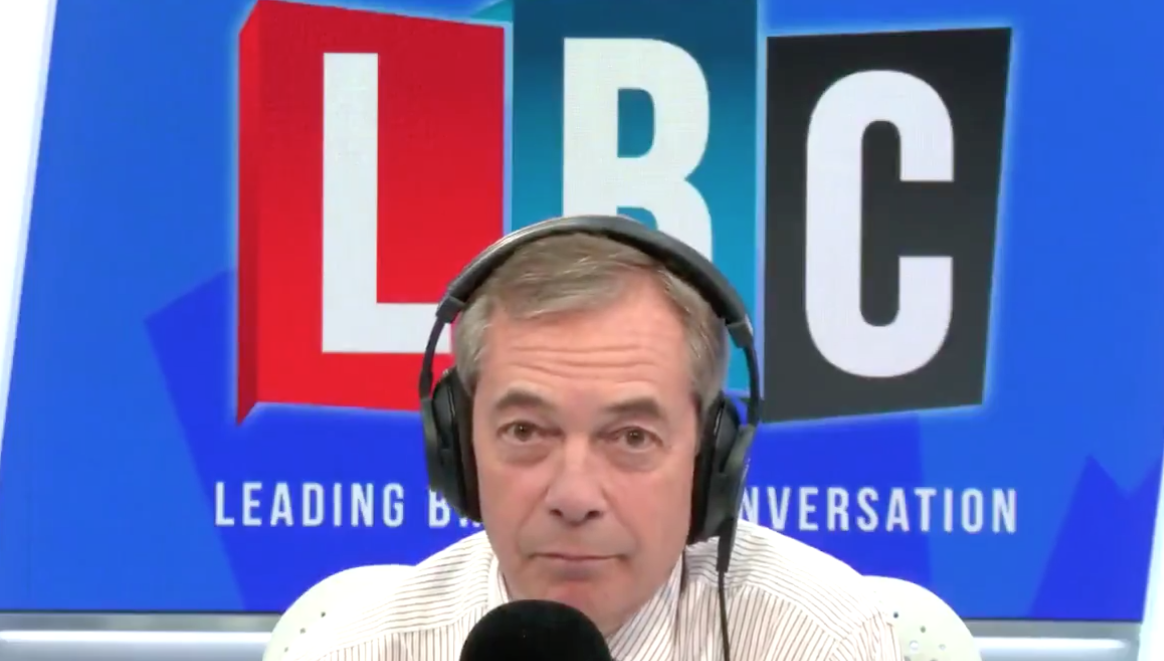 President Trump has given an interview to Brexit Party leader Nigel Farage on his LBC show in which he panned Boris Johnson’s Brexit deal, explaining it would stop the UK seeking trade deals on better terms with the US and other countries.

This is a theme of recent Brexit Party attacks on the Withdrawal Deal that Johnson negotiated with the EU, though that has not stopped reports that they plan to help Johnson to power by only running against opposition MPs.

Today the US President, facing the start of the public phase of his impeachment, told Farage, that working with Johnson, they would be ‘unstoppable.’

Trump, who has denied any wrong-doing ahead of impeachment proceedings which will see his communications made public, used his interview with Nigel Farage to attack Jeremy Corbyn.

The President said that the Labour Leader would be “so bad for your country.”

As we reported earlier on Thursday, reports are emerging that the Brexit party is considering pulling out of hundreds of seats in what would be a game-changer for Boris Johnson’s hopes of winning the December election. Johnson could return a large majority in December in such a situation.

Brexit members have been deriding Boris Johnson’s deal as a surrender to EU supremacy as unacceptable as Theresa May’s deal up to now, a deal that would stop the UK seeking better trade deals elsewhere while restricting trade with our nearest and biggest partners in the EU. – A point Donald Trump made too in his interview with Nigel Farage.

But compare and contrast the way Farage described the deal last week before an election was called, with his warm words for Boris Johnson on Thursday with Donald Trump:

The Brexit Party will launch its General Election campaign on Friday amid reports it could focus on Labour seats in Leave areas.

The Financial Times reports that Nigel Farage is undecided on whether he himself will stand in the election. The Brexit party leader has told friends he might prefer instead to be a national campaigner, instead of being locked in one constituency.

Nigel Farage has refused to rule out the prospect of the Brexit Party withdrawing hundreds of election candidates in order to target a small number of Labour-held seats.

Farage said his strategy would become clear at the launch of the party’s General Election campaign on Friday.

Asked if he was ruling out standing down hundreds of candidates, the party leader told the PA news agency: “I’ve ruled nothing in, I’ve ruled nothing out. I am making a completely neutral comment ahead of our launch tomorrow.”

The remarks follow a report in the Daily Telegraph stating the party was considering slashing the number of would-be MPs it fields in the December 12 General Election in order to concentrate resources on 20-40 Labour seats in Leave areas.

Referring to the report, Nigel Farage said: “This is idle speculation.

“I have not spoken to anyone of any seniority in the party (about this).”

The Prime Minister has publicly ruled out an election pact with the Brexit Party.

Some senior Tories fear that Farage’s Brexit Party could peel away enough traditional Conservative voters in tight races to allow the opposition to take the seat.

Farage has up to now been critical of the PM’s Brexit stance and the fact Mr Johnson failed to deliver on his pledge to take the UK out of the EU on October 31 “do or die”.