Labour’s Rosie Duffield, who won the seat in 2017 with a majority of less than 200, said the choice facing voters was ‘now clear’. 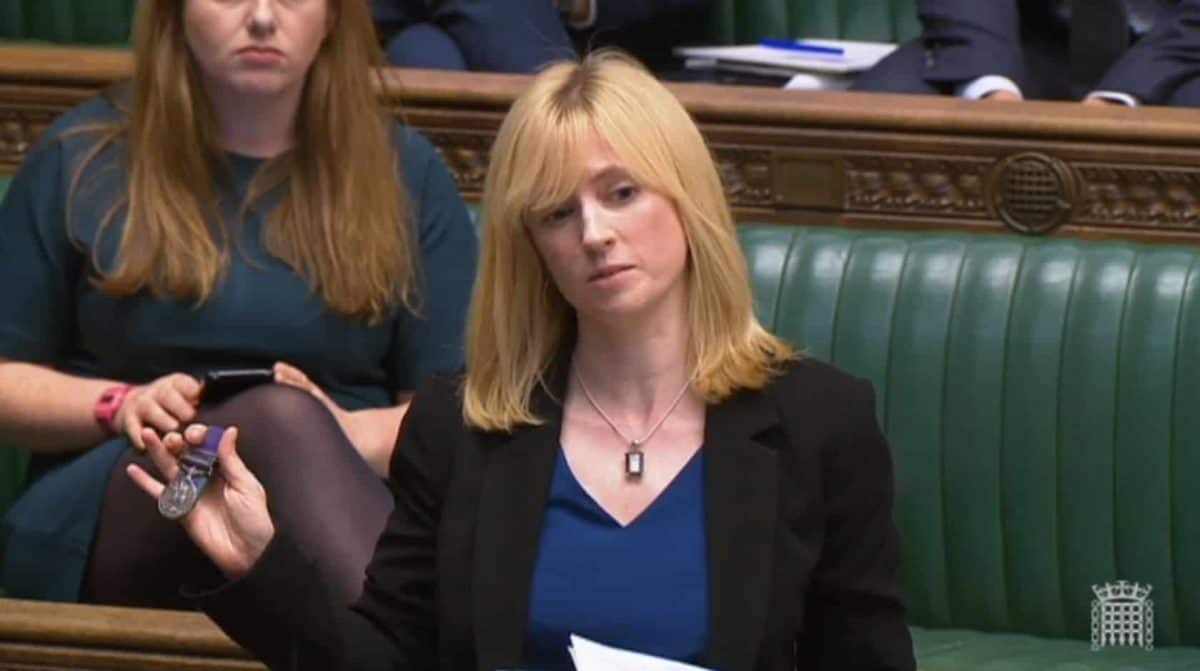 Labour MP for Canterbury, Rosie Duffield, holds up a medal from one of her constituents in the House of Commons in London. Credit;PA

A Liberal Democrat candidate has stood aside in a key marginal seat to avoid splitting the Remain vote.

Tim Walker was due to contest Canterbury but said he had asked his local party to withdraw his nomination papers as he wanted “no part” in allowing a Tory Brexiteer to win the seat.

He said shared the “visceral dread” felt by “many members of my party locally” that the Commons would be filled with people like his Conservative rival Anna Firth.

Labour’s Rosie Duffield, who won the seat in 2017 with a majority of less than 200, said the choice facing voters was “now clear” between herself and a “Brexiteer who supports Johnson’s hard right Tory agenda”.

Writing in the Guardian, Mr Walker said there was a “danger I’d divide the Remainers” if he stood, adding: “That would allow in our common enemy, Anna Firth, the Tory candidate and an avowed hard Brexiter and former Vote Leave stalwart.

“I don’t trust Corbyn on Brexit, but I share with many members of my party locally a visceral dread of the Commons being filled with people like Firth.

“Trying to stop that happening is now more important than ever given Nigel Farage’s unholy alliance with Johnson.

“I’ve therefore asked that my local party withdraw my nomination papers to stand for Canterbury. Politics does not always have to be grubby and small-minded; sometimes it’s possible to acknowledge that what’s at stake is more important than party politics – and personal ambition – and we can do what’s right.

“In this invidious situation, both standing and not standing could be interpreted as weakness.

“But the nightmare that kept me awake was posing awkwardly at the count beside a vanquished Duffield as the Tory Brexiter raised her hands in triumph. I wanted no part in that.”

Ms Duffield tweeted: “Tim has been a gracious, respectful candidate throughout this campaign. The choice for voters in #Canterbury is now clear; a local candidate who supports a People’s Vote and defends our public services, or a Brexiteer who supports Johnson’s hard right Tory agenda.”

However, the Lib Dems will field another candidate to replace Mr Walker.

A party spokesman said: “We will be announcing a candidate in due course to contest the seat of Canterbury.”