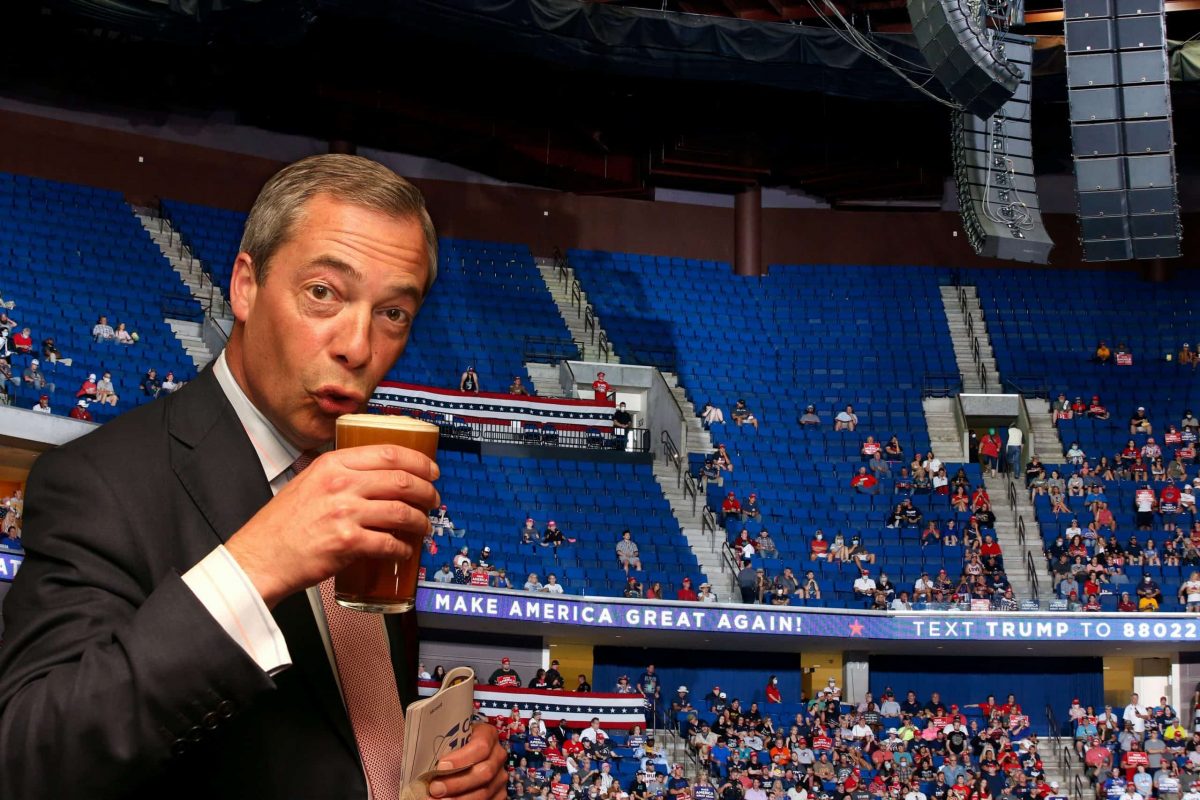 Nigel Farage was caught flouting coronavirus rules once again after he travelled to Tulsa in the US to attend a disastrous Donald Trump rally.

The lower-than-expected turnout at the comeback rally left Mr Trump fuming, according to reports, but special dispensation was given to Farage to make the journey out.

In the USA, only twenty four hours from Tulsa. pic.twitter.com/9fQipWYr3a