"You can’t just go round making things up. Whatever our differences, let’s not sink into that gutter." 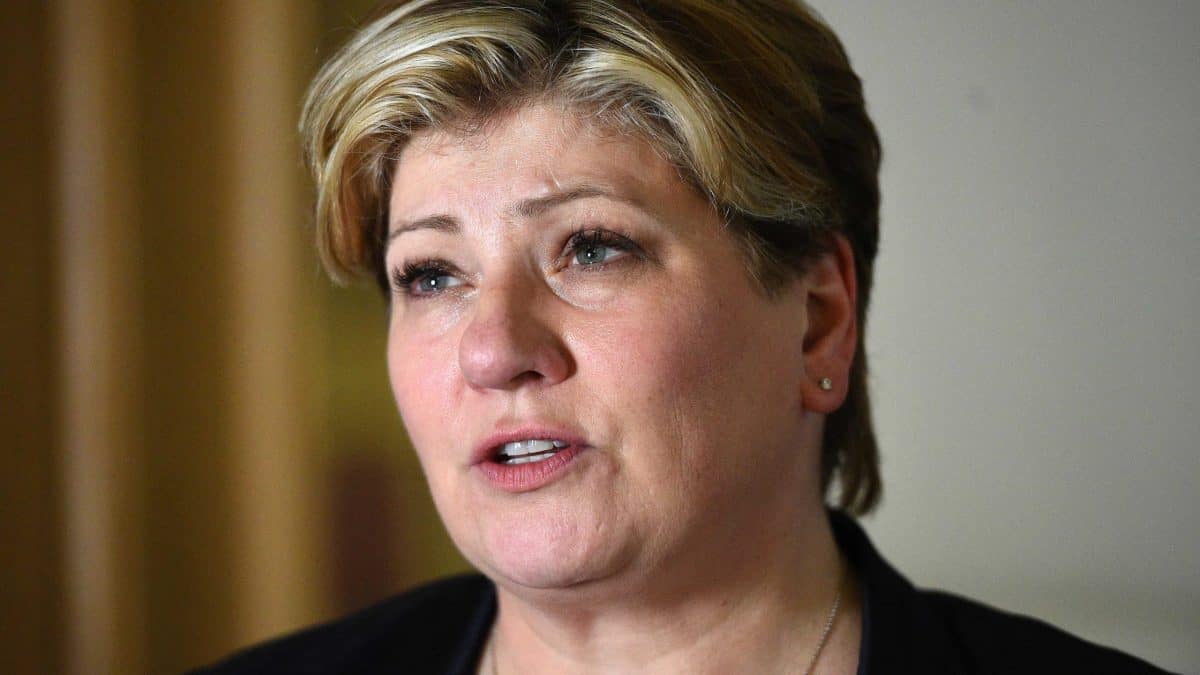 A Labour war-of-words could end up in the courts after Emily Thornberry confirmed she had contacted her solicitors over remarks made by former MP Caroline Flint.

In an interview on Sunday, Ms Flint, who lost her Don Valley seat in the general election, accused the shadow foreign secretary of labelling Leave voters “stupid” following the European referendum result in 2016.

Ms Thornberry, who is said to be considering running to become the next Labour leader, accused Ms Flint of spreading the “most extraordinary lies” and confirmed she had approached her solicitors over the remarks.

The quote Caroline attributed to me today is a total and utter lie. I’ve never said that to anyone, nor anything like it, nor would I ever think it. I once told Michael Fallon: ‘You can’t just go round making things up.’ Whatever our differences, let’s not sink into that gutter.

Ms Flint made the initial allegation on Sky News’s Sophy Ridge On Sunday programme as she hit out at Labour’s largest defeat since 1935.

An MP for 22 years before Thursday’s crushing result for Labour, Ms Flint was critical of any talk of a London-based Remain-supporting MP taking over from Jeremy Corbyn as party leader.

She accused Ms Thornberry of telling a colleague after the 2016 referendum, “I’m glad my constituents aren’t as stupid as yours” and said the comments were “not acceptable”.

We lost 59 seats but we’ve got Putney and Canterbury. With all due respect to those Labour MPs it wasn’t worth it. https://t.co/0bb6P6qSBM

The Islington South and Finsbury MP, speaking on Sky News on Monday, said she had asked Ms Flint to rescind the comment before she started legal action.

“One of my former colleagues came out and said the most extraordinary lies about me,” Ms Thornberry said.

“I’ve contacted her and I’ve said to her, ‘Please withdraw, I will give you until the end of the day’ and she hasn’t.

“So I’ve had to go to solicitors. I mean, people can slag me off – so long as it is true, I’ll take it on the chin.

“But they can’t make up shit about me and, if they do, I have to take it to the courts.”

Meanwhile, another shadow cabinet member used a radio interview to vent against the BBC, accusing the state broadcaster of “consciously” playing a role in the party’s defeat at the General Election.

Presenter Justin Webb asked Mr McDonald about Labour’s heavy losses and whether the party’s leader played a part in that.

Mr McDonald said: “Don’t get me started on the media, Justin. I’m very worried about our public service broadcaster.”

“Are you saying that the BBC was in part responsible for Mr Corbyn’s loss?” Webb asked.

Mr McDonald replied: “I am saying that they played a part. I’m really worried about the drift. You’ve seen the catalogue of criticisms that we’re making.

“We’ve accepted that the print media are rained against us, but my goodness me. I’m going to look at us.

“We’re the important part here. We got this wrong, but if the BBC are going to hold themselves out as somehow having conducted themselves in an impartial manner, I think they’ve really got to have a look in the mirror. We’ve got a lot to say about this.”

The BBC “consciously” played a part

He added: “When you have a BBC presenter standing in front of a television camera saying ‘and Boris Johnson is on his way to a richly-deserved victory’.”

In reply, Mr McDonald asked: “How many slips of the tongue are we going to make until you accept it?”.

The race to succeed Jeremy Corbyn

The race to succeed Mr Corbyn at the top of the party is in full swing, with potential candidates testing the waters while senior figures in the current leadership gave their backing to shadow business secretary Rebecca Long-Bailey.

“I will make no bones about it. The result was a body blow for everyone who so desperately needs real change in our country,” he wrote in the Sunday Mirror.