“Politically it was a disaster", Alistair Darling said. 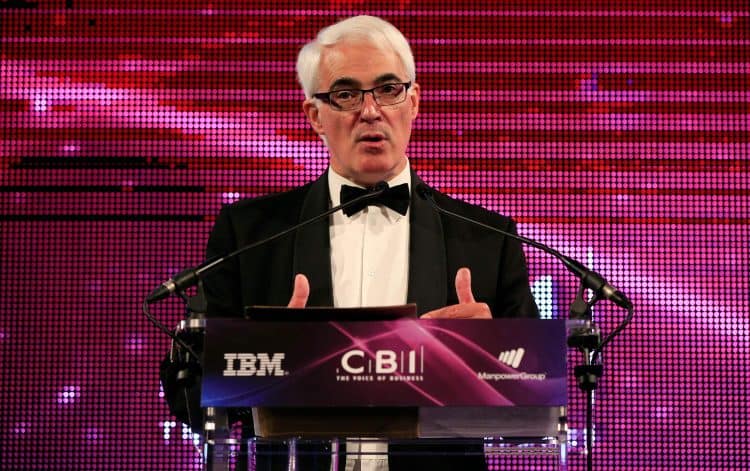 Former chancellor Alistair Darling has said the recent economic turmoil is “self-inflicted” and that the Government is “trashing” the UK’s reputation.

He described the current situation as “chaotic” and said the Government is giving “a textbook example of everything you shouldn’t do in difficult times”.

His comments come after the pound plummeted in value against the dollar following Chancellor Kwasi Kwarteng’s mini-budget announcement of a raft of tax cuts, including scrapping the 45p rate of income tax for higher earners.

The Government then performed a U-turn and decided to keep the 45p rate.

“It was a disaster”

Speaking on the BBC’s Sunday With Laura Kuenssberg programme, Mr Darling said: “The problem they’ve got is that at a very febrile time – we’ve got high inflation, the strengthening dollar – they suddenly decided that they were going to have £45 billion of unfunded tax cuts.

“Politically it was a disaster because they wanted to reduce the top rates of tax, frankly, for people who don’t actually need it.”

Put to him that there are similar pressures in other countries, Mr Darling told the programme: “Other governments have got high levels of debt.

“But they wanted to do it for political reasons. They didn’t prepare the ground. They didn’t talk to the people they should have talked to. The result is, at one point, it was costing this country more to borrow money than it does Italy or Greece, for example.

“It is really trashing our reputation, as well as, of course, millions of people are going to pay the price for this.”

Mr Darling said the relationship between government and the Bank of England is “absolutely critical”.

He said: “The key thing when you’re facing a crisis is to be able to work with others who can help you, and one of the things that worries me about what happened in the last couple of weeks or so is it appears to me that the Government was not talking to the Bank of England, and it looks like the Bank of England Monetary Policy Committee was completely blindsided about an announcement.”

He said the Government’s credibility has been undermined, adding that interest rates are going to be higher than they would otherwise be.

“That feeds directly into the amount of money people pay on their mortgages as well as prices generally,” Mr Darling said.

“So I think the relationship between the government of the day and the Bank of England is absolutely critical.

“What you can’t do is trash it or just ignore it.”

Related: ‘I detest the Tories, and all they stand for’ – Nicola Sturgeon lets fly!