‘I detest the Tories, and all they stand for’ – Nicola Sturgeon lets fly!

Nicola Sturgeon didn't hold back, after telling Laura Kuenssberg about her 'hatred' for the Tories. Keir Starmer was also in the firing line. 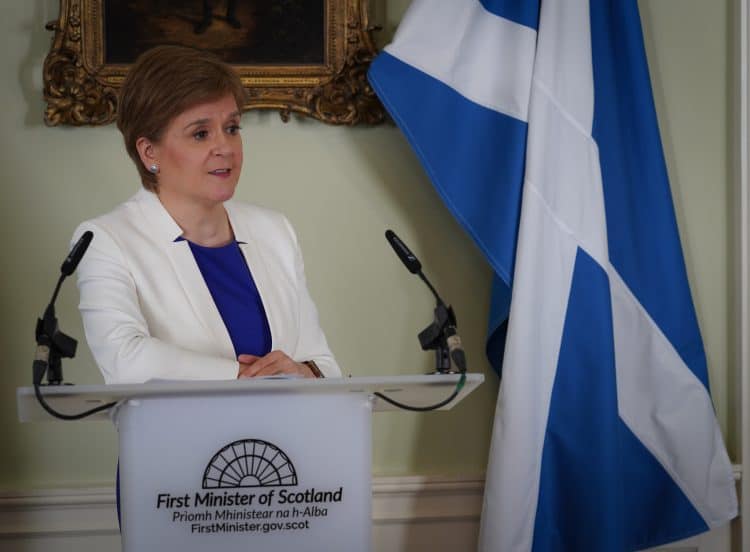 Blimey, say what you really think, eh? Nicola Sturgeon has gone all out with her disdain for the Conservatives on Sunday morning, slamming the ruling party for setting ‘an incredibly low bar’ – and the SNP leader has refused to mince her words.

ALSO READ: ‘It is absurd’ – Sturgeon says she has no contact from Truss since she entered No 10

Talking with Laura Kuenssberg on the BBC, Sturgeon was asked if she saw Liz Truss as a ‘friend or foe’ – making reference to a recent faux-pas the Prime Minister made when asked about French President Emmanuel Macron.

The Scottish Premier gave an honest and frank answer. Although Nicola Sturgeon says she will ‘treat the PM as a friend’ so they can work together, it was also made abundantly clear that there’s no love lost between the SNP and the Tories.

Sturgeon berated the government, admitting that she ‘detests the Tories and everything they stand for’. Ouch. What’s more, the fired-up leader also went in hard on the Labour Party, slamming Keir Starmer for ‘giving up’ on bringing the UK back into the European Union.

Or, to put it all in colloquial terms, Nicola woke up and chose violence today…

“I will try to work with her and I’d like to be a friend so we can work together. I worked well with Keir Starmer, but I’m really disappointed that the Labour leader has given up on taking the UK back into the European Union…”

“If the question to me is would I prefer a Labour government over a Tory government, I detest the Tories and everything they stand for. So it’s not difficult to answer that question. Yes. But being better than the Tories is not a high bar to cross right now.” | Nicola Sturgeon