The former PM posted a picture of himself at a food project in west Oxfordshire where he said he had been volunteering for two years at. 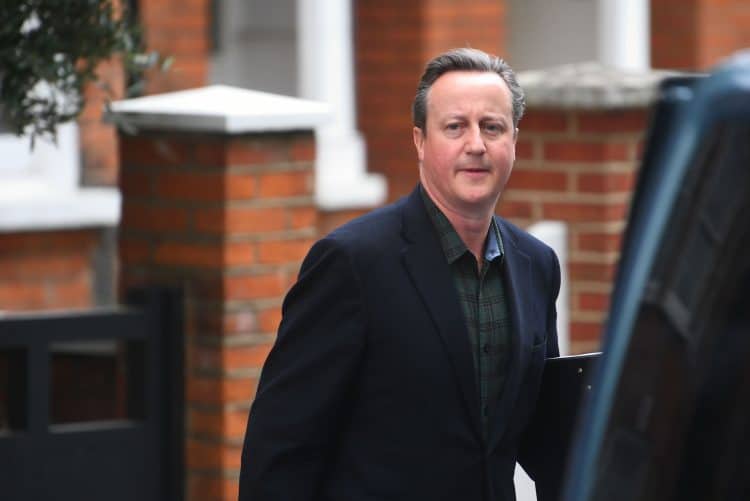 David Cameron posted a picture of himself at his local food bank before embarking on a humanitarian mission to Poland – much to the bemusement of people on social media.

The former prime minister is driving a small lorry full of supplies for Ukrainian refugees to the country’s border.

He announced the trip on Twitter, where he said he had been volunteering for two years at a food project in west Oxfordshire called the Chippy Larder.

But the former PM, who is widely regarded as the architect of austerity Britain, was called out on social media for creating the problem he is now trying to solve.

A report released in 2018 found that the benefits system, epitomised by Universal Credit, was driven by the desire to get across a simple set of messages that the state “no longer has your back” and that “you are on your own”.

At the time, some 14 million people, a fifth of the population, lived in poverty in the United Kingdom. Four million of these are more than 50 percent below the poverty line, and 1.5 million are destitute, unable to afford basics essentials.

After years of progress, poverty is rising again, the UN report found, with child poverty predicted to rise 7 per cent between 2015 and 2022, homelessness is up 60 per cent since 2010, and food banks rapidly multiplying.

“In the fifth richest country in the world, this is not just a disgrace, but a social calamity and an economic disaster, all rolled into one,” Alston said.