Appearing before MPs, Cummings also sought to take credit for the success of the UK's vaccination programme. 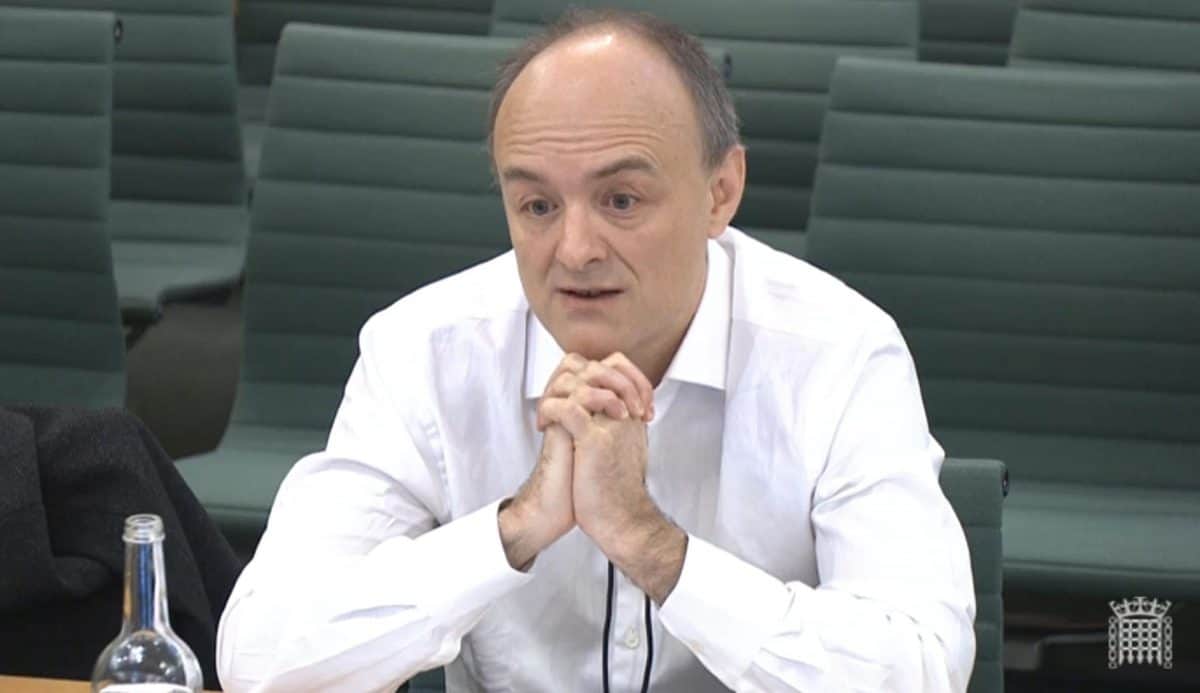 Dominic Cummings has claimed that efforts to tackle the coronavirus pandemic were held back by Whitehall bureaucracy akin to a “smoking ruin” – and EU red tape.

In his first public appearance since leaving No 10 last year amid the fallout from a bitter internal power struggle, Boris Johnson’s former chief adviser gave a damning assessment of the Department of Health and Social Care (DHSC)’s PPE “debacle”.

Giving evidence to the Commons Science and Technology Committee, he said the vaccination programme had only been a success because it was taken out of the hands of civil servants and given to a newly created taskforce.

“As the country emerges from lockdown there should be an urgent, very, very hard look by this building (parliament) at what went wrong and why in 2020,” he said.

“One of the most obvious lessons of that is the incredible value potentially in getting science and technology stuff right and the disaster that can come if you don’t get it right.”

Cummings, a long-standing critic of the Civil Service, said that when the pandemic struck the UK last year, there had not a single entity capable of making decisions at “scale and pace” when it came to funding the science.

He said that one of the key lessons to come out of the crisis was the need to go to “extreme lengths to try to de-bureaucratise the normal system”.

“In February, March, April last year there was no entity in the British state, zero entities, including the prime minister himself, who could make rapid decisions on science funding minus horrific EU procurement, state aid etc, etc laws,” he said.

“No entity in the British state that could operate at scale and at pace and that was obviously disastrous.”

He said that when it came to the vaccination programme, he and the government’s chief scientific adviser Sir Patrick Vallance urged Johnson to create a dedicated taskforce.

“In spring 2020 you had a situation where the Department of Health was just a smoking ruin in terms of procurement and PPE and all of that. You had serious problems with the funding bureaucracy for therapeutics.

“We also had the EU proposal which looked like an absolute guaranteed programme to fail – a debacle.

Cummings said that the pandemic had underlined the need for an independent agency to fund innovative scientific research which he had been working on before he was ousted from No 10.

Under government plans the Advanced Research & Invention Agency (Aria) will have a £800 million budget to invest in “high risk, high reward” projects.

Cummings said that if it was to be a success it would need “extreme freedom” to act, stripping out all the “horrific bureaucracy” around Whitehall procurement and Treasury rules.

“It should be going off to people on the far edges of the science world and talking to them about what is really valuable,” he said.