A rich, robust stout from the new Manchester brewery. 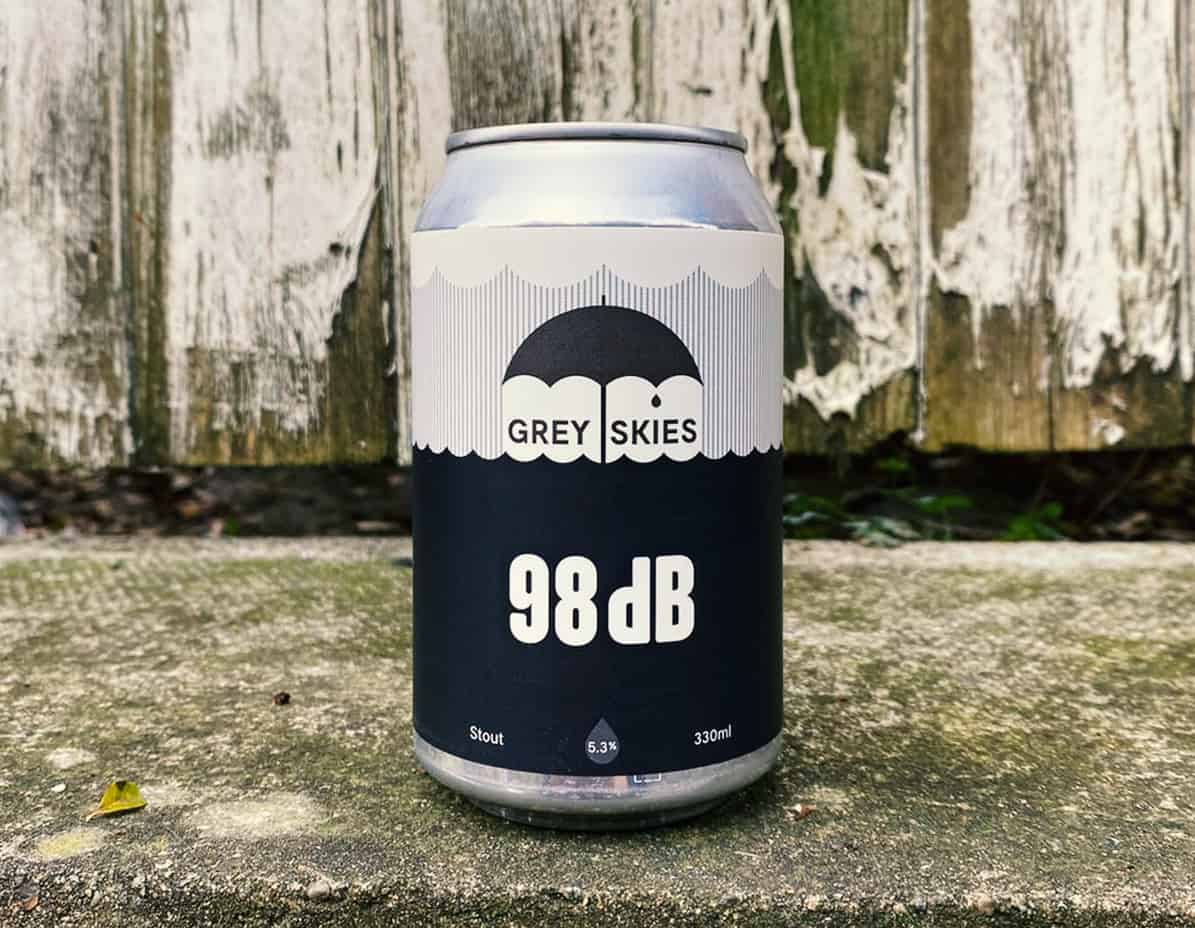 Launched in November 2020, the idea for Grey Skies was conceived by a group of friends working in live music. Often seeking out local and interesting beer styles while travelling the world on tour, the team dreamed of making their own beer, eventually learning the art of brewing and selling their beers through their online shop. After taking a course with Brewlab, the Grey Skies team begun working on a pilot kit, brewing in small batches to produce their three-strong core range.

Having been established during a global pandemic, the Grey Skies brewing process hasn’t been without its difficulties, while test batches often took place over Zoom calls, with the resulting brews being set to the other team members in order to be tasted.

A West Coast style session IPA is set to be released soon, but for now the brewery’s core range consists of three beers, with the music influence reflected in the names: ‘Headliner’ Lager, ‘Studio Session’ Pale Ale, and ’98 dB’ Stout. Each beer is canned and emblazoned with a bold label design from Mancunian illustrator Stan Chow, featuring an umbrella in tribute to Manchester (the ‘rainy city’), Grey Skies’ home.

In line with its name sake the Grey Skies 98 dB stout is loud (98 decibels is approximately equivalent to the sound of a hand drill, for instance, and over the level at which sustained exposure can lead to hearing loss). Full bodied with a complex flavour profile, it’s also very well-rounded with gorgeous texture. On the nose, aromas of coffee and dark chocolate are joined by some roasted malt notes with slight vanilla. On the palate, those coffee and chocolate savours are also present, joined by further roasted malts, vanilla, lactose, and black treacle. Feint stone fruit notes of cherry and plum also bring plenty of character, not unlike Cadbury’s Fruit & Nut, but without all of the sweetness. The finish has an ideal balance between bitterness and sweetness, with a creamy mouthfeel and exceptional smoothness. A strong addition to Manchester’s world-class brewing lineage.

Further information can be found on the Grey Skies website, where orders can also be placed.