In March 2018, she was sentenced to 36 weeks imprisonment after being convicted of three counts of religiously aggravated harassment. 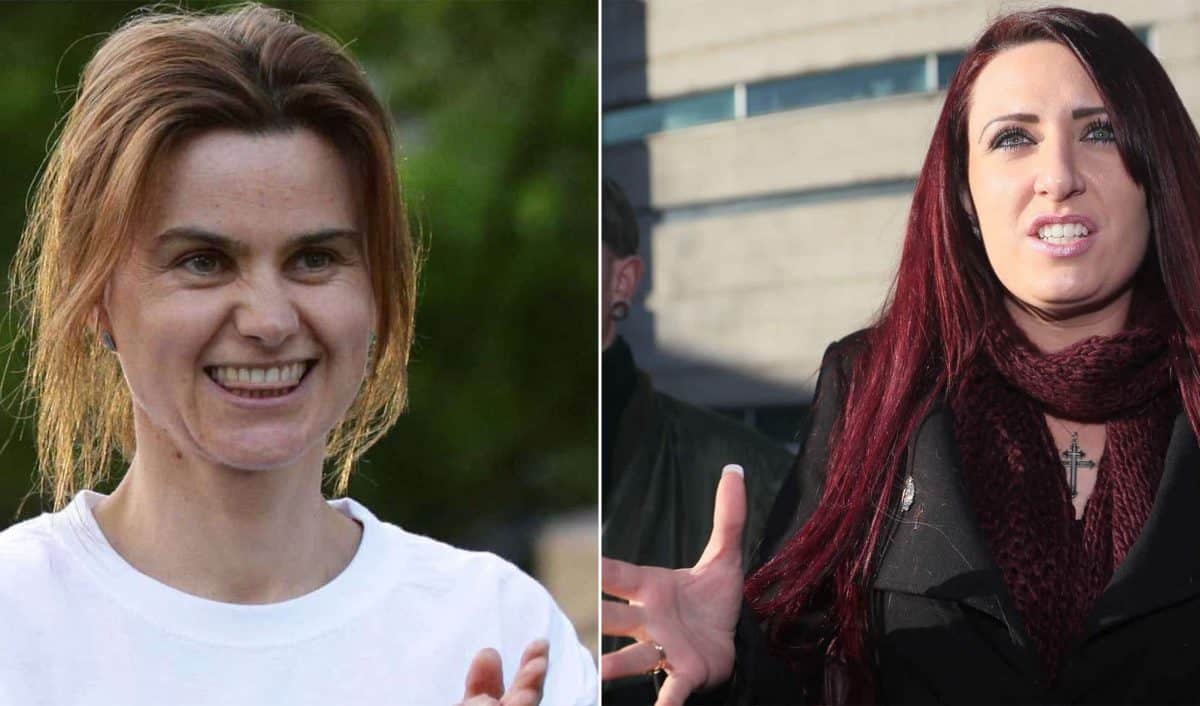 A by-election in the former constituency of murdered MP Jo Cox will be contested by the deputy leader of ‘Britain First-‘ the same words shouted by the man who killed her.

Far-right activist and convicted criminal Jayda Fransen will stand for election in the Batley and Spen constituency next month against Mrs Cox’s sister Kim Leadbitter.

Cox was shot and stabbed to death by far-right extremist Thomas Mair who shouted “Britain first, this is for Britain, Britain will always come first” as he launched into his fatal assault.

The mother-of-two was on her way to a meeting with voters at a library when Mair attacked her.

The Batley and Spen vote was triggered after incumbent MP Tracy Brabin was forced to quit following her election last month as the first mayor of West Yorkshire.

Fransen revealed the news in an email, saying: “Jayda Fransen is standing for the forgotten people of British, Christian, Batley and Spen! For God and Britannia.”

Her bid, as a representative of the British Freedom Party, comes only weeks after she unsuccessfully stood against Nicola Sturgeon in Glasgow Southside.

Fransen received a paltry 46 votes, which is even less than the 56 she attracted in the 2014 Rochester and Strood ­by-election, when she was outpolled by the Monster Raving Loony Party.

Ahead of last month’s election, Sturgeon described her opposition, who is permanently banned from Twitter, as a “racist” and a “fascist”.

Fransen entered the public’s gaze around a decade ago due to her involvement with the English Defence League, a far-right, Islamophobic organisation.

She then joined the fascist political organisation Britain First, serving as deputy leader under Paul Golding between 2014 and 2019.

As well as the 2014 by-election and the 2021 Scottish Parliament election, Fransen also unsuccessfully stood in the 2016 London Assembly election.

In addition to online anti-Islamic activism, she has marched while holding a white cross through predominantly Muslim populated areas of Britain.

In March 2018, she was sentenced to 36 weeks imprisonment after being convicted of three counts of religiously aggravated harassment.

The Batley and Spen by-election will take place on July 1, when George Galloway will also stand.

Labour is defending a majority of 3,525 over the Conservatives from the 2019 general election.