Dehenna Davison made the gag despite backing Cummings after his lockdown-busting trip last year. 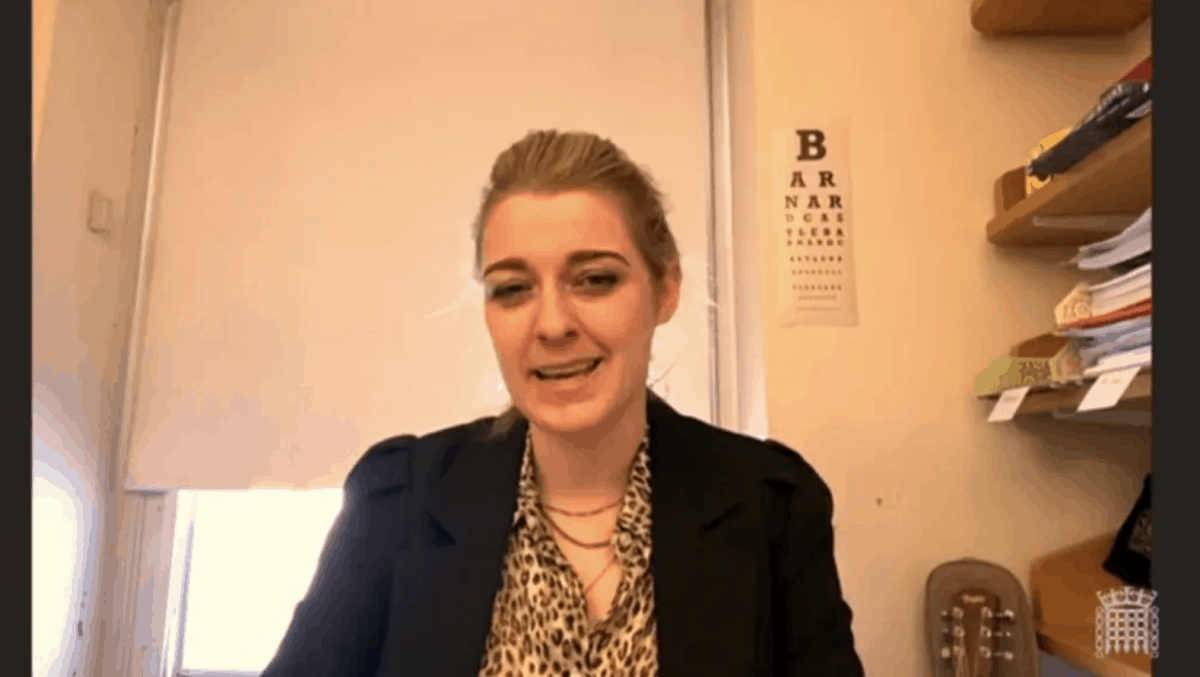 The move is seemingly mocking Dominic Cummings’ trip to the beauty spot on 12 April last year, at the peak of the first wave of the virus. Johnson’s former top aide had said he made the trip to “test his eyesight” – and police decided at the time to not take any action against him.

And Tory politicians backed Cummings in force at the time, together with Prime Minister Boris Johnson.

Among them was Tory MP Dehenna Davison who, despite her previous support for the prime minister’s controversial former chief strategist, poked fun at the lockdown-busting trip up North with the cheeky poster.

In May last year, Davison said: “With Durham Police concluding their investigation and taking no further action, they have laid this matter to rest.

“It is important we do the same to allow everyone in government, in parliament, in the civil service, and in the police to get back to focusing on the task of tackling this virus and getting our country and our community back on its feet. It’s time to move on.”

Davison explained for Chronicle Live that the poster is just meant to “promote the town”. “The poster was sent to me by a constituent, and was created by a local designer who is also a constituent,” she said.

She added: “It has been on the wall behind my desk in my parliamentary office for months now, so I’m not sure what the sudden uproar is all about!

“As an MP, why shouldn’t I use art to promote one of the wonderful towns I am fortunate enough to represent? I hope one to day to find similar designs for Bishop, Shildon, and Spennymoor to build a full set for every town in my constituency!”

But online users were not so sure about Davison’s motives.

Related: The Prime Minister chooses to stands by, rather than stand up to Mr Cummings