Labour's Nadia Whittome, 23, elected to represent Nottingham East on December 12, promised to “spark a conversation about earnings” by donating the lion’s share of her wages to Nottingham charities. 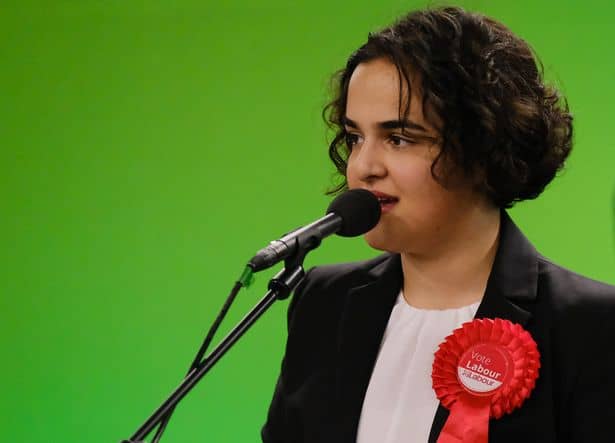 The UK’s youngest MP has announced she will donate much of her salary to local charities until wages rise for nurses, firefighters and other public sector staff.

Labour’s Nadia Whittome, 23, elected to represent Nottingham East on December 12, promised to “spark a conversation about earnings” by donating the lion’s share of her wages to Nottingham charities.

“It’s not about philanthropy and it’s not that MPs don’t deserve that salary, it’s the fact our teaching assistants, nurses and firefighters do as well,” she told Nottinghamshire Live.

“When they get the pay rise they deserve, so will I. I hope this decision sparks a conversation about earnings.”

MPs’ salary from April will be £79,468 plus expenses for homes in their constituency and London, office costs, staff and travel. But the newly elected Labour MP intends to only pay herself £35,000 after tax.

“It’s the greatest honour of my life to represent my home city where I was born and bred,” said Britain’s youngest MP.

She said the Labour party needed a “period of reflection” after the party lost many seats around the UK.

“This election was ultimately about Brexit,” she added. “We tried to cut through that and talk about other issues in the country.

“I reject that this is the fault of the left or because we were too Remain.

“I will work to tackle the vast inequality people will face. The next five years are about protecting local services, doing what we can to protect our right and to tackle inequality.”