Several customers were injured when the car ploughed through the window of the Tesco at Princess Alice Drive retail park, Sutton Coldfield, West Midlands 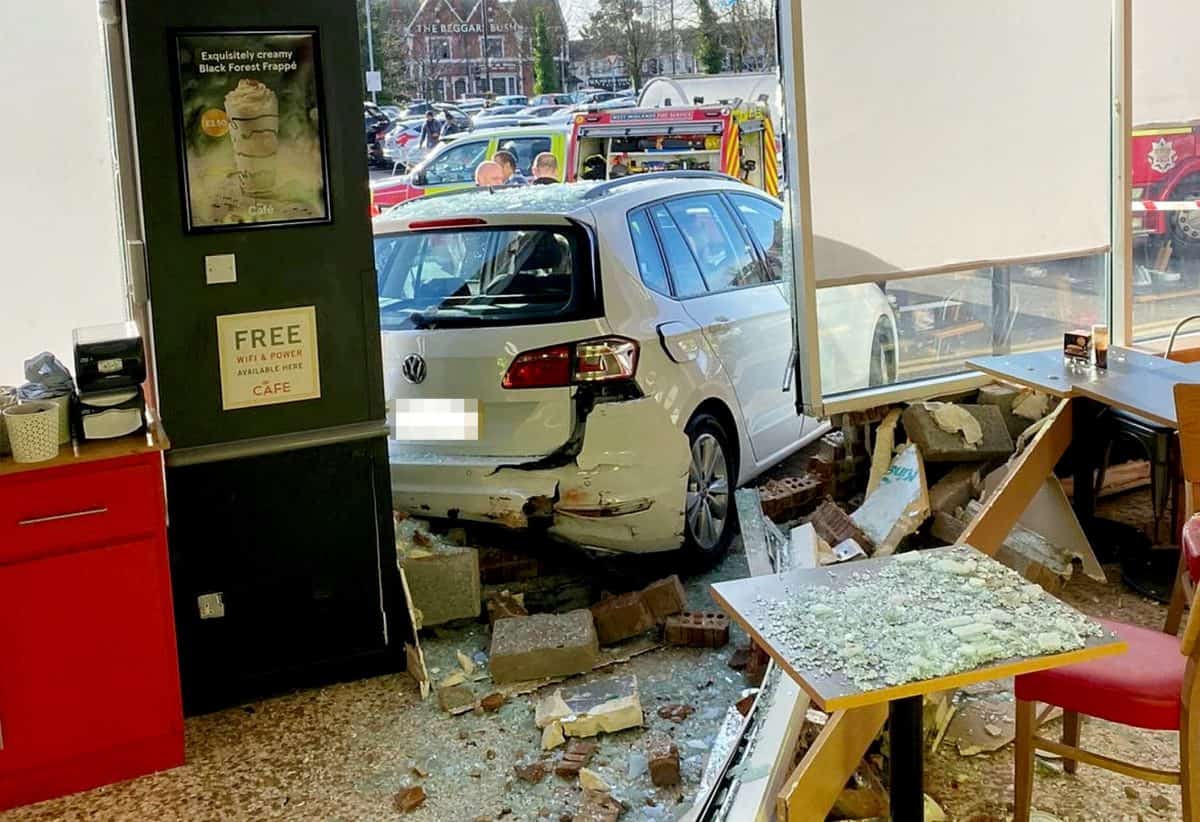 A young man has been taken to hospital after an elderly driver ploughed his car through the window of a Tesco store while it was packed with Christmas shoppers.

Emergency services were called to the branch at Princess Alice Drive retail park, in Sutton Coldfield, West Mids., shortly before 11am today (Sat).

On arrival, they found several customers had been injured as a result of a pensioner, believed to be aged in his 80s, reversing though the window of the in-store cafe.

One man, aged in his 20s, later fell unconscious and was taken to hospital but there were no reports of any serious injuries other than cuts from flying broken glass.

A West Midlands Police spokesman said: “Police were alerted just before 11am today after a vehicle crashed through a window of the café at Tesco on Princess Alice Drive retail park in Sutton Coldfield.

“It’s understood the driver, a man in his 80s, reversed into the window.

“Some customers suffered cuts from broken glass but they were not seriously hurt; one man aged in his 20s later fell unconscious and has been taken to hospital.

“His condition is unclear at this stage.”

A service spokesman said: “We had a call to a RTC from the ambulance service.. A car was in collision with a glass shop front.

“There were two passengers in the vehicle. Both managed to get out.

“There were three people in the shop and they suffered shock and minor injuries. They were being assessed by the ambulance service.

“The police were in attendance. We have requested a structural engineer.”

The Tesco remained open for business as repairs were set to be carried out.

Nicola Sherwin wrote on Facebook: “He was in a new car & unfamiliar with the new controls & accidentally reversed – thankfully no major injuries.”

Simone Dabbs added: “That would have been really busy today, its a miracle nobody was killed. Time to introduce retests for elderly drivers, me thinks.”