The Labour MP was murdered by a far-right extremist who believed she was a traitor. 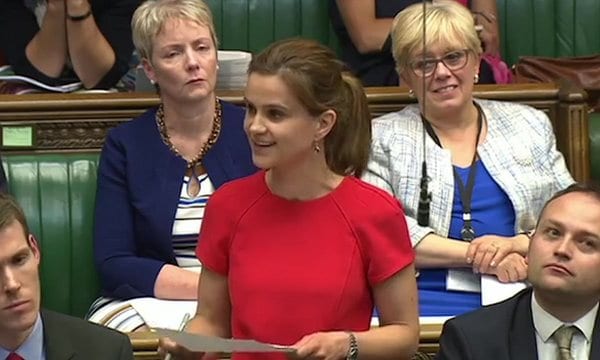 Boris Johnson said Brexit should be delivered in memory of Jo Cox in the House of Commons this evening.

“The best way to honour the memory of Jo Cox and, indeed, the best way to bring this country together would be, I think, to get Brexit done.

“I absolutely do, I think it is the continuing inability of this parliament to get Brexit done that is causing the anxiety and the ill-feeling that is now rampant in our country.

“Get it done and we will solve the problem.”

Jo Cox was murdered on 16th June 2016 by a far-right extremist who believed she was a ‘traitor’.

Britain voted to leave the European Union on 23rd June, just a week after she died.

Thomas Mair, who was jailed for life for the murder, kept far-right books and Nazi memorabilia in his home.

I’m not scared of an election, I am scared I might be hurt or killed.