“A presentation about the prime minister’s proposals and Brexit that had been broadcast on what transpires to be 3,000 digital noticeboards of primary schools around this country, without the consent of the schools” 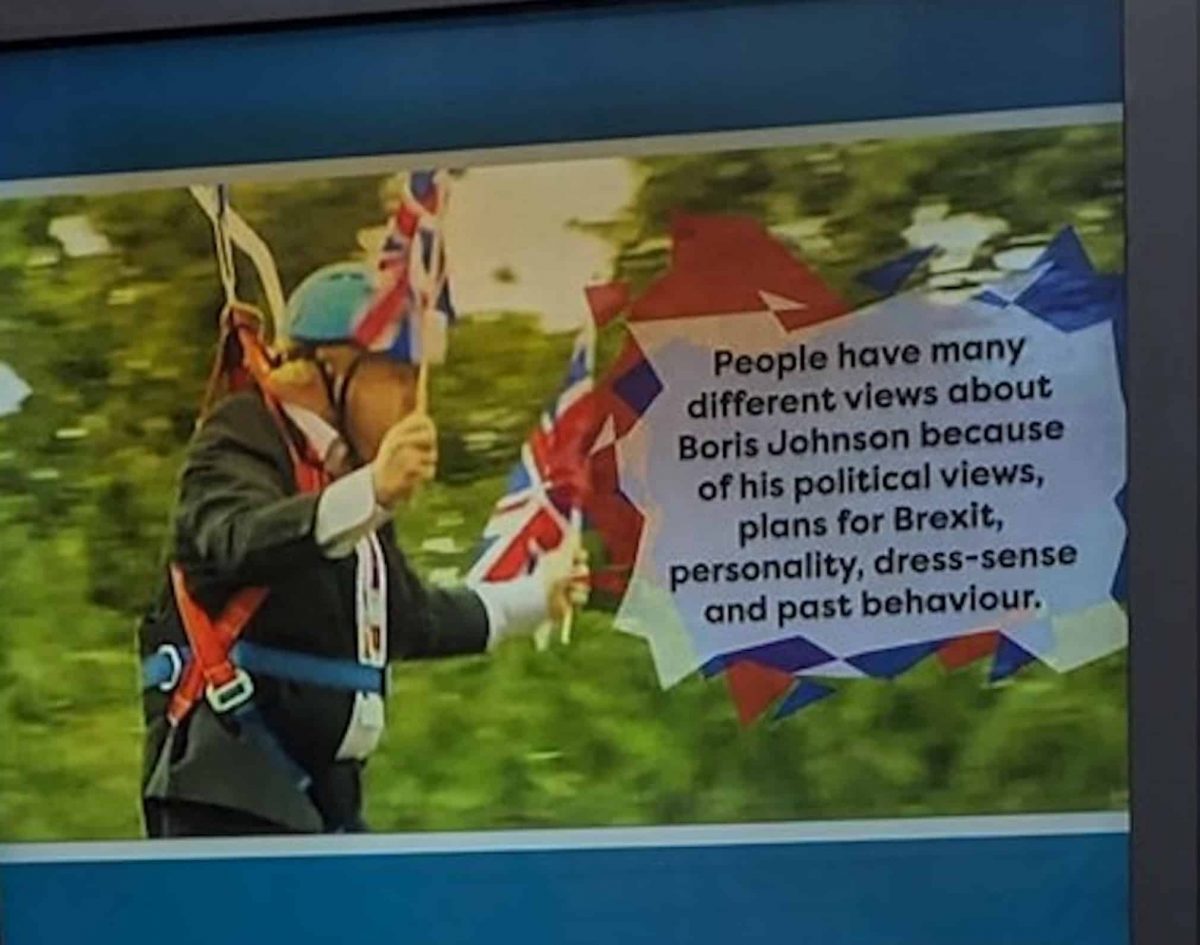 As Boris Johnson addressed the House of Commons sitting again after his suspension was found to be unlawful, MP Stella Creasy quizzed him about parents outraged young children were shown very biased Brexit propaganda at primary schools.

The Labour MP for Walthamstow challenged the Prime Minister who had been facing a fiery exchange after demanding MPs hold a vote of no confidence in his government.

“Earlier today parents in Walthamstow contacted extremely concerned about the content of a presentation about the prime minister’s proposals and Brexit that had been broadcast on what transpires to be 3,000 digital noticeboards of primary schools around this country, without the consent of the schools,” recounted Stella Creasy to gasps of horror from MPs.

“Given the amount of money this government is spending on Brexit adverts, can he at least reassure Walthamstow residents that in this instance it wasn’t his doing and give his personal pledge that our primary schools will remain Brexit propaganda-free zones?” she asked.

Boris Johnson could not assure her about the source of the messaging which says that Parliament is trying to stop him carrying out Brexit, and reiterates lines from Conservative adverts that have been swamping social media lately, such as his promise to employ more police officers again.

Johnson replied: “Obviously the honourable lady is bringing me news about the schools in her constituency. What I can tell her is that we’re investing more in every primary school in this country.”

Earlier The London Economic spoke to concerned parents appalled that primary school children were being bombarded by what appeared to be Conservative Party messaging the morning after Johnson was ruled to have acted unlawfully by the Supreme Court.

One angry parent described the images and messages on the information screens for pupils to see as a “dubious video that was shown in the info screen of my kid’s school this morning. The video was about how Boris wants to deliver Brexit but politicians can’t agree how – the people vs politicians narrative – and how he wants to improve public services e.g. by putting 20,000 police back to streets – does not mention who took them away – or more money into NHS – does not mention who made the cuts in the first place.

“When I asked a teacher about it, they said that it was something the government wants to show the pupils to get them talking about politics.”

One dad said: “it was upsetting to see Boris shown in a positive light one night after the Supreme Court found him guilty of misleading the Queen and the people. It was like ‘Boris wants Brexit done, but politicians can’t agree.’”

The London Economic was sent some of the images which appeared on educational screens supplied by an educational communications company called the Anomaly Group.

He has promised Brexit would be done

Mr Johnson’s main promise was to make sure Brexit happens by end of October.

It was supposed to happen on 29th March 2019 but politicians haven’t been able to agree a deal on the best way to do it.

He has made promises about public services

He wants to unite the UK

People have many different views about Boris Johnson because of his political views, plans for Brexit, personality, dress-sense and past behaviour

What do you think he’ll be like as PM?

The Anomaly Group which produces the information communication systems for schools refused repeated attempts to respond to questions about how many schools these videos had been aired in and who had made them, and put the phone down on us twice.

On the company website they boast:  “Anomaly Group provides one of the most effective systems for communicating health and wellbeing with pupils, parents, and teachers.

The Conservative Party refused repeatedly to answer our questions about whether they had any knowledge of the messaging shown to children which echoed their recent flurry of adverts on Facebook and other media since Boris Johnson became PM.

The Department for Education was unaware of the videos and said they would not have come from the Department of Exiting the European Union or themselves.

“Schools have to follow the curriculum and have a duty to safeguard children as per our guidance,” said a rather shocked Department for Education spokesperson.

On Twitter, Stella Creasy MP said she did not believe the adverts were tax-payer-funded

“These slides were certainly shown in Walthamstow and across country today but don’t think it’s govenment-funded. ‘Tbh though more concerned PM didn’t seem to have a problem with idea in first place” she tweeted.