Pictures of the PM with Dilyn at Chequers were taken by Andrew Parsons, a party political special adviser who earns the equivalent of £100,000-£104,999. 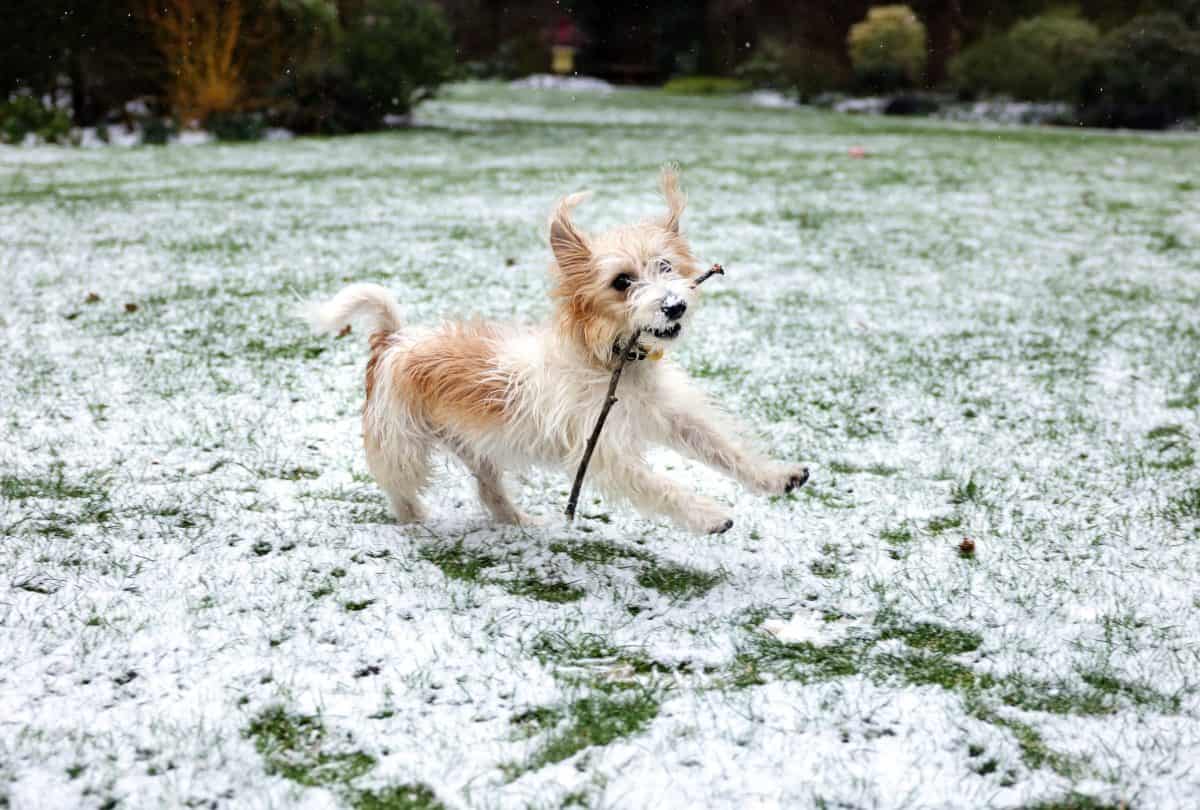 Downing Street has defended the use of three taxpayer-funded “vanity photographers” to stage Instagram-style photoshoots of prime ministerial pets playing in the snow.

The photographers – two civil servants and a special adviser – take pictures of not just Boris Johnson but other ministers, the prime minister’s official spokesman said.

Asked why it was necessary for the taxpayer to fund pictures of Larry the cat and Dilyn the dog, the spokesman said “they document the work of not just the Prime Minister but the whole of the Cabinet” – seeming to give the two pets a promotion.

Pressed on what work the animals did for the government, the spokesman said: “I point you back to what I have already said.”

A Labour source said: “The government has made such a dog’s dinner of issues from the border response to kids’ education, Dilyn would be a marked improvement and probably waste less taxpayers’ cash.”

Pictures of the prime minister with Dilyn at Chequers were taken by Andrew Parsons, a party political special adviser who works part-time but earns the full-time equivalent of £100,000-£104,999.

More pictures of the dog were taken by Pippa Fowles, a Ministry of Defence photographer seconded to No 10. The third photographer was recruited recently after being advertised with a salary of up to £60,635-a-year.

“We have three photographers in No 10. We have an MoD photographer as one of those three, you have seen recently that we have recruited a cross-Government photographer and you will know of Andy Parsons,” the spokesman said.

“The most recent addition to the team is a cross-Government photographer, which means that the primary role of them is to work across Government with other Government departments and ministers.”

Asked why press photographers could not do that job, the spokesman said: “It is obviously important that we record the activity of the Government and… we make these pictures available for editorial use.

“You are aware that we allow for other photographers to accompany ministers and prime ministers on visits also.”

Deputy Labour leader Angela Rayner said: “The public will be rightly questioning why there is apparently no limit on the money that can be found to pay for a coterie of vanity photographers for the prime minister.”