"Not a photo of the Soviet Union in the 1930s but the UK today. How did we allow this to happen on our watch?", one person said. 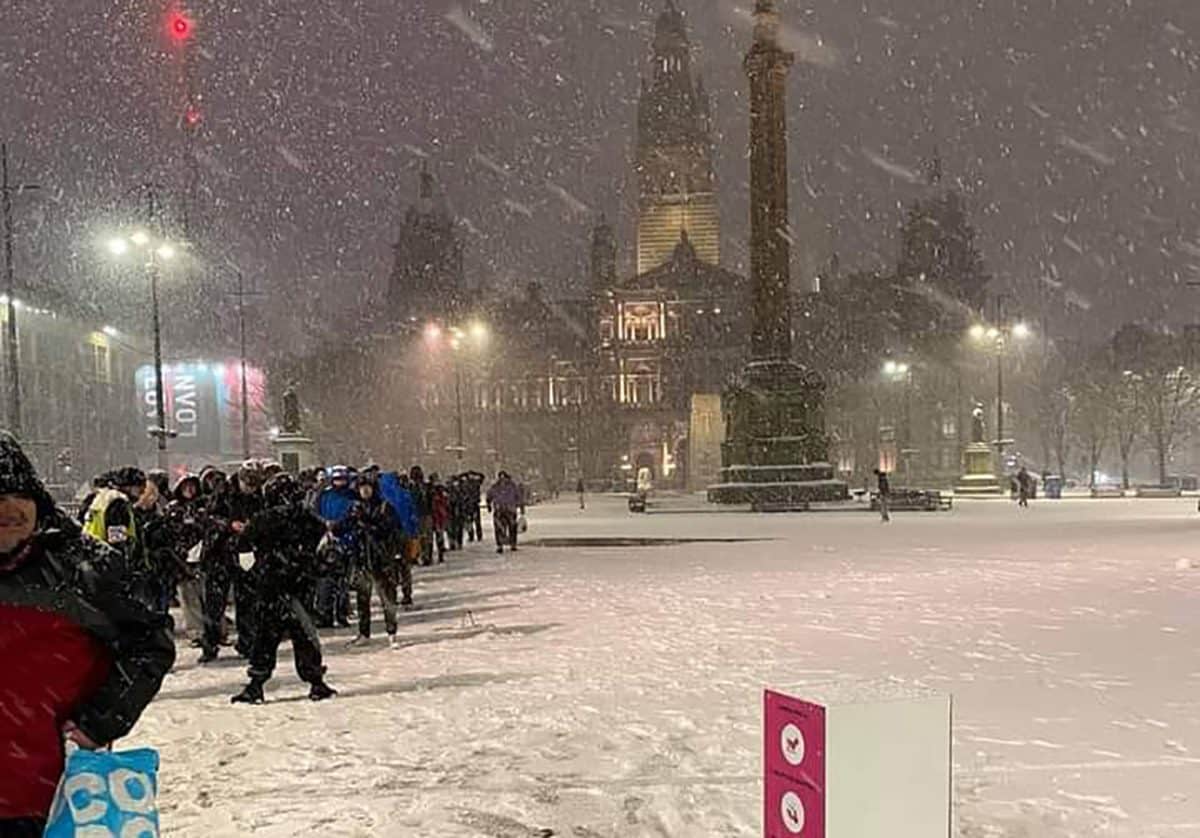 A photo of hundreds of people queuing in the snow for food at a soup kitchen in Glasgow has gone viral after social media users lamented the inaction of the government in tackling a worsening poverty crisis.

The image of queues for Kindness Homeless Street Team’s soup kitchen in Glasgow’s George Square has been shared thousands of times on social media after the community group revealed 220 people braved snow and sub-zero temperatures for help on Monday.

Posting on Facebook Graeme Weir compared it to “some Eastern European Country that’s been decimated by years of communist rule”, saying the long queues filled him with rage.

“I know some of these people personally and most of them are good people who have just hit a “wee bump in the road”…… We as a civilised and caring nation need to step up,” he said.

“Even if all you can give is a little mutual respect, a smile and a hey hello the next time you see a homeless person, trust me it can be enough to turn their life around.”

People queuing for food in the snow. Not a photo of the Soviet Union in the 1930s but the U.K. today. How did we allow this to happen on our watch? We should all be ashamed. https://t.co/1mbRO5Zlrh