Mr Raab has said he is ‘always mindful’ of his behaviour but makes ‘no apologies for having high standards’. 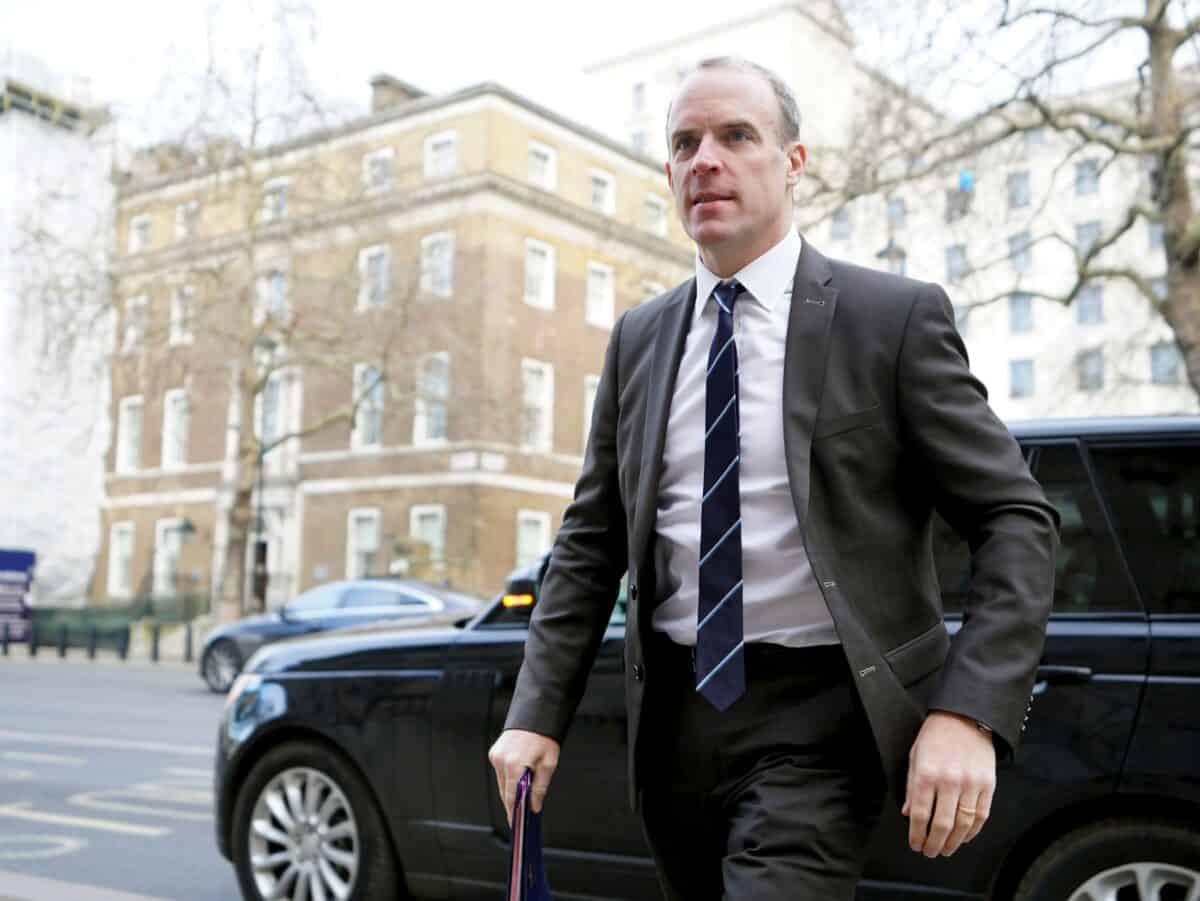 Dominic Raab has reportedly been the subject of formal bullying complaints by at least 24 civil servants.

Eight formal allegations have been levelled against the Deputy Prime Minister and are being investigated by senior lawyer Adam Tolley KC.

But The Guardian says all but two of the those complaints involve multiple accusers, with a number of Mr Raab’s private office staff from his time as foreign secretary believed to have made submissions.

The newspaper said the total number of complainants is thought to be at least two dozen, though it could number more than 30.

Mr Raab said he is “always mindful” of his behaviour but makes “no apologies for having high standards” when asked whether he has changed how he deals with others.

The Justice Secretary previously told the BBC: “There’s a number of complaints that have been made.

“The minute that happened, the minute there were any formal complaints, and there was of course leaking and anonymous points made in the media, I immediately asked for an independent investigation.

“That’s outstanding. That’s ongoing. I can’t comment on that, it would be wrong for me to do so.

“But as I’ve said before, I’m confident I behaved professionally throughout, and of course the Government takes a zero-tolerance approach to bullying.”

He said it was for the lawyer “to make any further statements”.

“There will be a report”

“But there will be a report, it will go to the Prime Minister, it will be published, so there’s no question of dodging transparency around this.”

Rishi Sunak has resisted calls to suspend Mr Raab while the probe is conducted.

“These shocking claims of widespread bullying and intimidation raise yet more questions about the Prime Minister’s judgement,” she said.

“He promised a government of integrity and claimed zero tolerance for bullying, yet he not only appointed Dominic Raab as his Deputy Prime Minister and Justice Secretary but continues to prop him up.

“I don’t think I have done anything wrong”

Asked whether he has modified his behaviour since the complaints were made, Mr Raab said: “I don’t think I have done anything wrong.

“So look, of course I’m always mindful of the way I behave.

“But, actually, I think what people want to know is that their Government ministers are striving every sinew to deliver for them and I make no apologies for having high standards, for trying to drive things forward…

“But that can be done, of course, in a professional way, and I’m confident that that’s what I’ve done throughout.”

A Cabinet Office spokesperson said: “The investigation by Adam Tolley KC is ongoing so it would be inappropriate to comment further whilst that process takes place.”

An MoJ spokesperson said: “There is zero tolerance for bullying across the civil service. The Deputy Prime Minister leads a professional department, driving forward major reforms, where civil servants are valued and the level of ambition is high.

“There is an independent investigation under way and it would be inappropriate to comment further on issues relating to it until it is completed.”