In response to Patel a Green MSP said: "The people of Glasgow have had enough of the institutionally racist Home Office operating its brutal and inhumane immigration regime in our city." 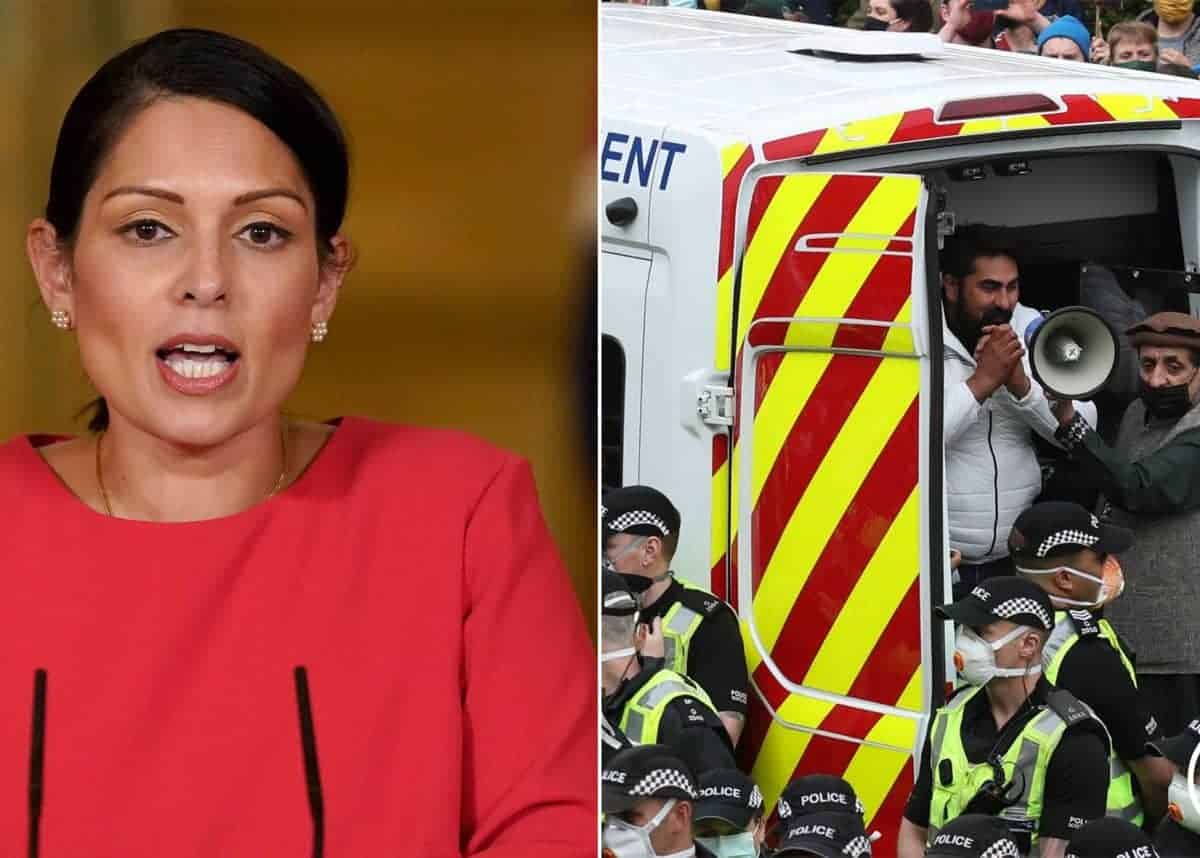 Priti Patel pledged wholesale reform of the UK’s “broken” immigration system as she unveiled plans for a “fully digital border” within five years.

In a keynote speech today, Patel vowed to deliver a system that works for the “law-abiding majority” and against those who seek to “abuse our hospitality and generous spirit”.

She also launched the US-style Electronic Travel Authorisation (ETA), which requires visitors to the UK to obtain an electronic permit before travelling.

On what the British public want she said: “They want a new system that works for the law-abiding majority and against those who hope to abuse our hospitality and generosity.

“One that welcomes those most in need of sanctuary and slams the door on dangerous criminals.

“One that attracts top talent from around the world.

“Our immigration system is broken and we will fix it.”

As she outlined tough new immigration plans in the speech, Patel said: “With regard to Glasgow and the removal of people that had no legal right to be in the UK. I’ve already said in my remarks today, we will continue to do that.”

“That is effectively what the British public voted for, they want, and it actually it’s part of my legal duty as well and responsibilities in terms of not just immigration enforcement but removing those with no legal right to be here.”

Lakhvir Singh and Sumit Sehdev were released from Border Force detention two weeks ago after a community protest on Kenmure Street in Glasgow.

Large crowds swarmed an immigration van and chanted “let them go, they are our neighbours.”

Patel pushed back on calls from Sturgeon and others to abandon enforcement like the unsuccessful Glasgow raid.

Patel said: “The incident alone through, well very much strengthen, the new plan that immigration, the work that we are doing to reinforce the legal powers that we have as a government, but also making sure that we provide legal protections of safety, so people that are fleeing persecution and removing those with no legal basis to stay here.”

He told the Daily Record: “The people of Glasgow have had enough of the institutionally racist Home Office operating its brutal and inhumane immigration regime in our city. As has been shown in recent days they will no longer stand by and watch their vulnerable neighbours cruelly snatched from their homes.