"I wanted to spread the message that Gingers are for life not just for Christmas, with my honourable friend opposite of course" 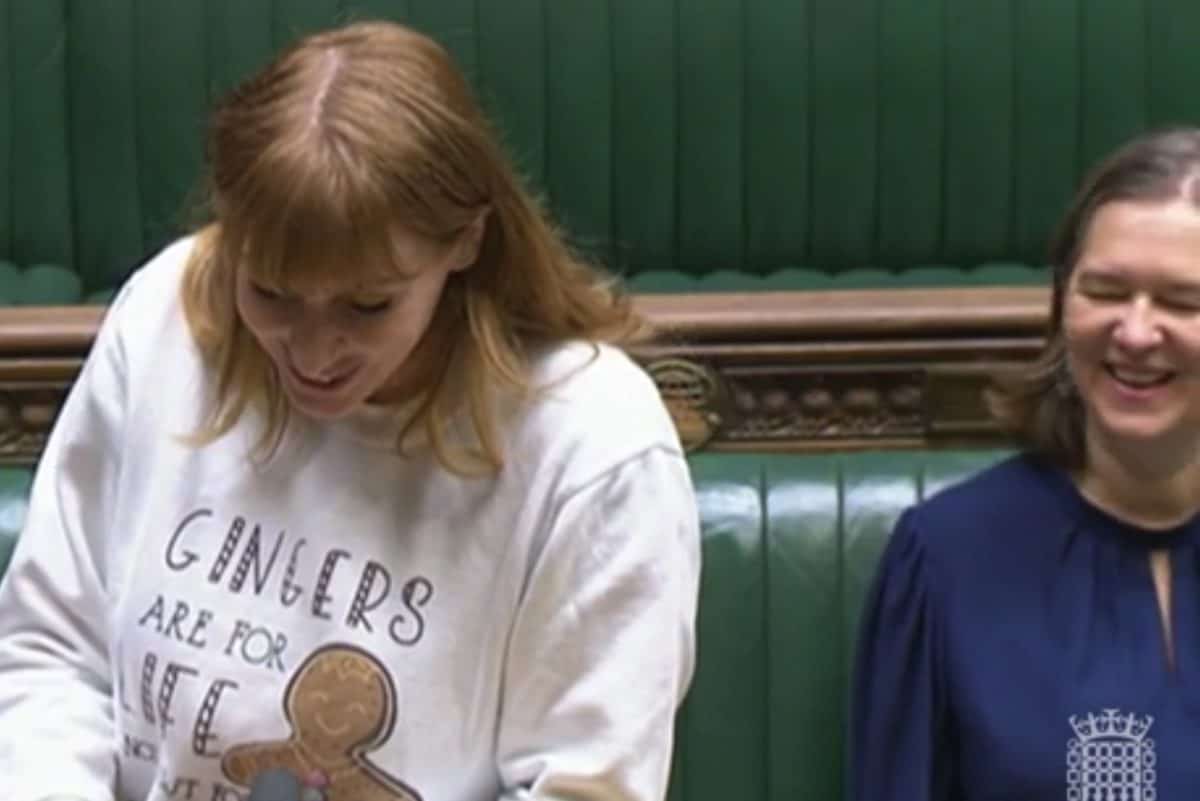 Angela Rayner sported a jumper with the words ‘gingers are for life not just for Christmas’ during a Commons debate today.

The second Thursday in December is conventionally reserved for Save the Children’s annual Christmas jumper day, which aims to make the world ‘better with a sweater’.

But it seems all the other MPs didn’t get the memo.

Rayner opened questioning after a rapturous day in parliament on Wednesday in which she called on the government to reveal “the truth” over “dodgy lobbying” linked to the award of Covid equipment contracts.

The deputy Labour leader outlined plans to force the government to release records of a £200 million contract awarded to PPE Medpro, which is linked to Baroness Mone – who has now stepped back “to clear her name”.