The MP announced that the government is ‘set to take over city of Liverpool’ amid a corruption probe today. 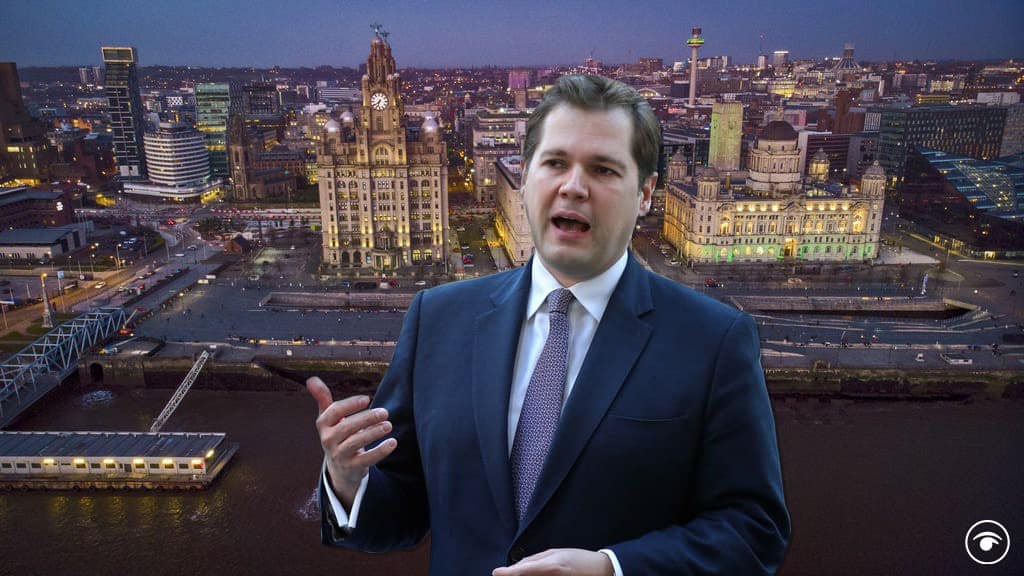 Robert Jenrick hit out at former Liverpool mayor Joe Anderson today after the government was forced to intervene in the running of the city.

A report by local government inspector, Max Caller, listed bullying, intimidation, “dubious” deals and “jobs for the boys” among the charges against the regional politician.

Jenrick, the secretary of state for the MHCLG, said “many millions of pounds have been wasted” as the report was published.

He told the House of Commons: “It paints a deeply concerning picture of mismanagement, the breakdown of scrutiny and accountability.

“A dysfunctional culture, putting the spending of public funds at risk and undermining the city’s economic development.”

But many of the above charges could equally be faced by Jenrick himself, who is no stranger to accusations of corruption.

Here’s all the time the Tory MP for Newark has found himself in hot water:

In July 2020 Jenrick admitted, yes admitted, that he deliberately helped a Tory donor avoid paying a new tax on his housing development.

The housing secretary was criticised for approving Richard Desmond’s luxury housing scheme a day before a community infrastructure levy came in to force, potentially saving the magnate £45 million.

It came after Jenrick sat next to Desmond at a Tory fundraising event in November 2019 and exchanged text messages with the property tycoon.

But he later said he had no knowledge of the businessman’s donation and had acted on the “merits” of the case throughout.

At the start of the coronavirus pandemic Jenrick faced criticism for moving his family to a £1.1 million country manor, despite government advice urging people not to escape to second homes.

The cabinet minister has charged taxpayers more than £100,000 for the home that he appears to use only rarely.

He left his £2.5 million London house to move to a 17th-century grade I listed country house in Herefordshire.]

According to reports in The Times, neighbours say he is rarely at the Herefordshire property and builders are a “regular fixture” there.

One described the claim that it was his family home as “codswallop”.

Despite being a man of financial means Jenrick was forced to pay back expenses earlier this year after it was found he claimed for both petrol costs and rail tickets for a return trip to his constituency in Newark.

The communities secretary was caught red handed by one of his constituents after they brought it to the attention of the Independent Parliamentary Standards Authority.

The trip in question was made on September 6th 2019 when Jenrick headed north to announce the government’s £3.6 billion towns fund.

The so-called “levelling up” scheme came into question shortly after the trip after it was found that Jenrick had handed £25 million to his own constituency – despite official figures showing it is far less deprived than neighbouring areas that have been overlooked.