The short-lived vaccine “win” was meant to give people the feeling the UK is thriving outside the EU, but that couldn’t be further from the truth. 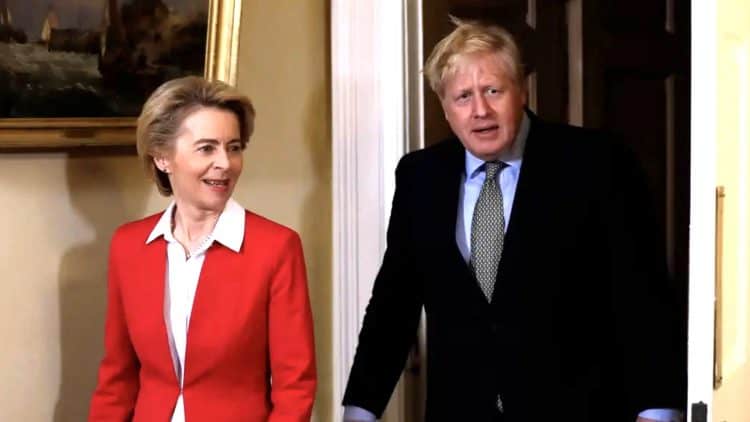 At the start of the year, not a day seemed to go by without hearing a Tory boasting about UK’s vaccination success, and it’s not surprising.

The short-lived “win” was supposed to give people the feeling that the UK is thriving outside the European Union, that it has wielded its newfound freedoms and bested its European neighbours with them.

The EU has recently announced that at least 70 per cent of EU adults will be fully-vaccinated this month. This is similar to the amount of UK adults who have received both jabs (68.3 per cent), which is impressive, considering the UK vaccination programme started nearly three weeks before the EU one.

But what is more important perhaps is that the EU has also exported hundreds of millions of vaccines to countries across the world, whilst hinting that the UK had been keeping them to itself.

Meanwhile, the UK cut foreign aid by around £4 billion, a sign that the Tories are panicking over Brexit’s impact on the economy and their populist unnecessary spendings such as the new yacht.

In other areas the long-term impact of Britain’s newfound sovereignty has also been exposed.

When you hear about hiked prices, a lack of food and staff shortages, don’t forget about the EU fruit pickers and lorry drivers which are disposed of by Brexit Britain’s bureaucracy and its unfair and illogical Covid travel rules.

EU countries have also been through a pandemic, and yet it’s only Britain who is struggling with empty shelves – and threatened with empty pockets.

The government will recycle the same excuse again and again, saying the supply chains and staff shortages are all down to Covid, but they would be far more dignified by saying it as it is. It’s Brexit.

Just a reminder for all #brexit voters out there. In the #EU there are no food shortages, no vegetable or fruit picker shortages, and no lorry driver shortages. #Covid is not the cause of shortages in the UK. #Brexit is the problem. You are reaping what you sowed.